'Getting Out Of Bed Would Take An Hour, My Joints Were Completely Swollen'

When Ciara Harvey began to find it difficult to get out of bed in the morning, and couldn’t lift the kettle, she really started to get worried.

The then 19-year-old was on the back of a long arduous season with club and county but the pains and aches that plagued her body failed to ease by the following January.

She had been a rising star for Clare and West Clare Gaels, Ladies Football was her passion, and when Dr. John Carey diagnosed rheumatoid arthritis it was a dreadful blow.

“It was a shock to get diagnosed like that,” says 27-year-old Harvey.

“In the run up to that year, we had reached the All-Ireland club final in November. I thought it was because I was just doing a lot, that was why my body wasn’t feeling the best.

“But I was going from playing an All-Ireland final in mid-November to not being able to get out of the bed in December, it was a huge red flag. It was very difficult.

“From being so active to finding it hard to get out of bed, it was a huge adjustment.”

Her father, Kieran, is the chairman of Clare Ladies Football, while sisters Shauna, Grainne and Caoimhe all play the game too.

The prospect of having to give up what she loved was unthinkable but Harvey wasn’t physically able to return to the playing field. 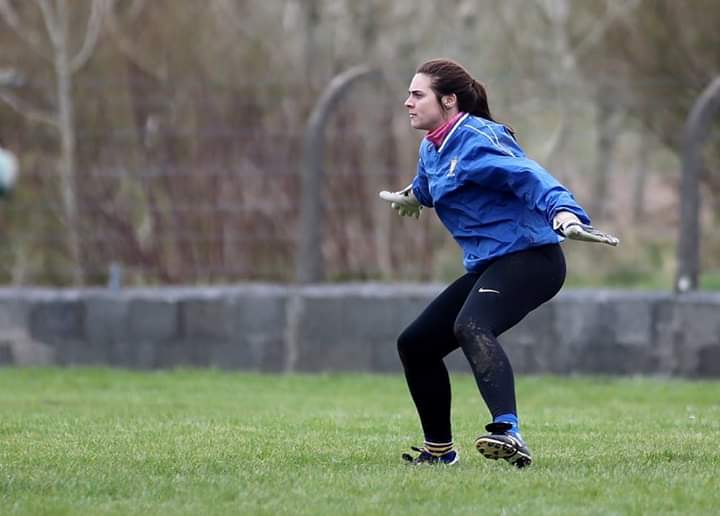 “I had pains and aches and was feeling very stiff,” said Harvey.

“That is normal with football to a certain degree. After a game you wouldn’t feel the best anyway and you would go for a swim to recover.

“It felt normal but it came to a stage where getting out of bed would take an hour, my joints were completely swollen. If the kettle was full I couldn’t lift it, normal tasks that you take for granted became very difficult.

“I got very worried because I knew that this wasn’t just tiredness. When you look at your fingers and they represent sausages rather than normal fingers then something is wrong. I did a few tests and went to a consultant and he diagnosed me straight away.

“In my head I accepted the fact that I probably wouldn’t be able to play football again.

“My Dad and my sisters are so involved in football and my house is football mad. For the first couple of months it was very hard to adjust not going to training with my sisters and not being able to play.”

The Querrin native took an extended break and began to focus on her own long journey towards recovery.

But four years on from her diagnosis, West Clare Gaels were stuck for a goalkeeper, when their original No. 1 was injured.

There was no back-up and Harvey was only delighted to get the opportunity to wear the jersey again. She deputised and never looked back after that.

Having started playing inter-county football for Clare at U-14 level, there was always going to be a draw there too. And when the county reconvened ahead of the 2016 season, Harvey was back in.

Living with her condition and playing football was never going to be straightforward either, and Harvey suffered a broken foot playing for her club just before a TG4 All-Ireland Intermediate semi-final against Tipperary in 2016.

She returned following that metatarsal injury, but then last year provided its own problems when the Beast from the East wreaked havoc with Harvey’s health.

“My joints swell and they are very painful in that sort of weather. Doing normal things is a lot harder. Even just walking to the shop is a lot harder on the body,” said Harvey.

“I was trying to train and I was just making myself worse. I had to take a bit of time out. “Once I let the body rest and recover for the couple of months, I am flying now again.”

Harvey turns 28 in May and on 11 October she will marry Robert Daly. She is an accountant for AMQ Accountants Ltd in Ennis and has also recently completed her green cert in agriculture.

There’s a lot going on but this Sunday it’s back to basics and a massive Lidl National Football League Division 2 clash with Laois in Mallow (1.0).

“It’s going to be a very competitive game. All the games in Division 2 have been extremely competitive from the start. Laois didn’t get off to the best start but the last two games they have really competed,” said Harvey.

“It will be a very tight game and we are going to meet later on in the year as well. We will be sizing each other up for that.”

GAA
10 hours ago
By Gary Connaughton
Confirmed: We Now Have An Official Date For The GAA's Return
2