Glanmire won the Cork Premier 1 Minor Football Championship after a dramatic and tense finish to the final against Douglas at Páirc Uí Rinn on Wednesday evening.

James Crowley kicked the winning point from a free in the 64th minute as his Glanmire side won 0-13 to 1-9.

Conor O'Donovan had kicked an equalising point for Douglas in the 59th minute, and both sides had chances to win the game, before a nerveless Crowley knocked over the decisive score.

Last night's game was broadcast live by the Irish Examiner.

Just over 20 seconds after the score, referee Brian Coniry blew the final whistle.

Douglas were the holders of the Premier Minor 1 title while Glanmire won last year's Premier 2 crown.

Glanmire are managed by Kerry great Tomás Ó Sé. The five-time All-Ireland winner's brother, Marc, told Balls on Wednesday that his elder sibling is "very taken with the underage structures and the underage football in Cork, and the talent that’s down there". 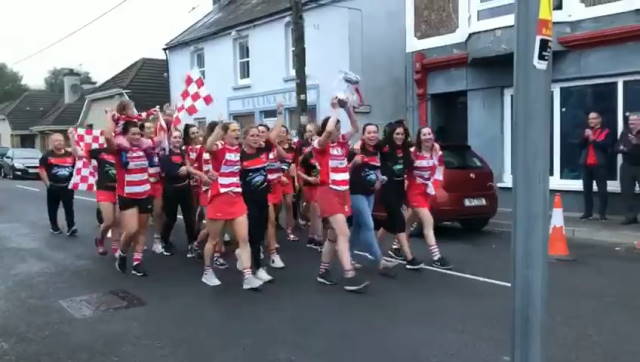