A GoFundMe page that has been set up for former Cork footballer Kieran O'Connor has raised over €100,000 just 24 hours after going live.

The 2010 All-Ireland winner suffers from a rare form of bone cancer known as Ewing Sarcoma, which he was diagnosed with in October 2017.

After surgery and undergoing chemotherapy for six months during 2018, Kieran was feeling well. All his tests were good and he was planning on going back to work in December 2018.

Sadly over the last few months, Kieran was suffering from consistent pain in his leg and the wound in his leg was not healing fully. In January of this year, he had to undergo another serious operation and his lower leg was amputated. 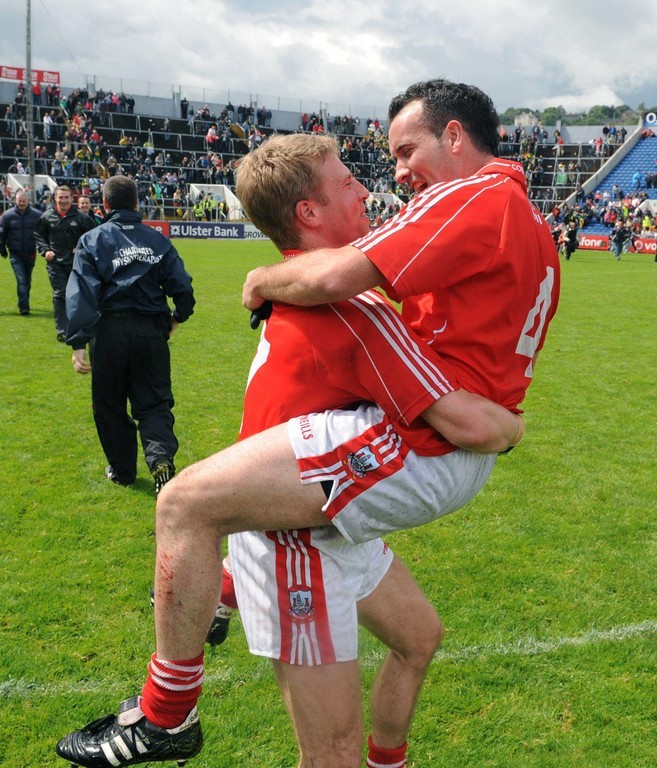 As he was attempting to recover from the amputation, Kieran started experiencing bad back pain and it was discovered that the cancer had spread to his back. Kieran began chemotherapy this week and is now battling Ewings Sarcoma for the third time in 18 months.

In an Irish Examiner column today, Graham Canty, captain of that 2010 All-Ireland winning team, hailed his team-mate and asked for help:

One of the 100 percenters in our group was Kieran O’Connor from Aghada. A man who lived those two values throughout his life, not just when he came into the Cork dressing room. He worked hard, was honest to a fault and would do anything for the group over the course of eight years.

Canty would go on to declare, "Kieran is a man you would pick to go to war with you."

An appeal on the GoFundMe page outlines how funds are needed for "further treatment and care."

We, his friends, have decided to set up this Go Fund Me page for Kieran & Sinead, Isabelle (7), Ava (5) & James (1).  Funds are needed to help Kieran with all aspects on further treatment and care, as well as potential prosthetic costs following his lower leg amputation and to help support Sinead and their 3 young children.

You can donate to Kieran's medical fund here