This is fantastic stuff

Another classic of local commentary here from the boys at KCLR. The sight of Mount Leinster Rangers winning the provincial title was always going to inspire these guys to new heights and they hit every point you need to hit at a monumental moment like this. 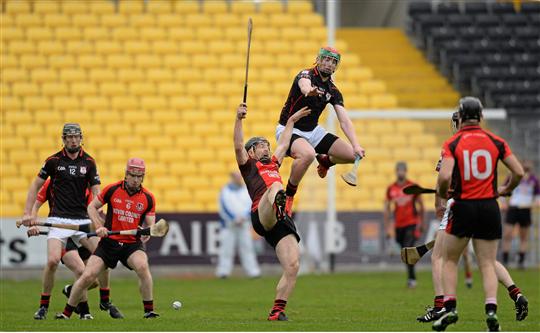 The fantastic duo of Brendan Hennessy and Terrence Kelly hit on everything you'd want to in this situation. Copious use of the phrase onion bag, a word for the emigrants a the end, shout outs to lads who had money on the correct result (combined with obligatory joke on whether the lucky individuals will be buying rounds tonight), and a few choice words to the "begrudgers who didn't give them a chance."

Unusually, they did morph into a pair of excitable American girls in the final minute, using the phrase Oh My God on multiple occasions. Mercifully, they stopped short of employing the term "OMG."

The pair also had some hard words for the county of Wexford and their attitude to Carlow hurling.

Hennessy euphorically declared it to be the "best day he's ever had in broadcasting" and both he and Kelly seemed to join in on a chorus of Champione as the Cup was held aloft.

They also wondered aloud, 11 minutes in, if "we'll be on Balls.ie this week." Here's the answer to that.

Check out our Facebook page at 1pm where we will reveal the first of our '12 Gifts Of Christmas.'