'He Has Serious Leadership Skills. He'll Talk To You Personally If He Needs To'

Just 15 months after being ratified as Ballyhale Shamrocks Senior Hurling manager, Henry Shefflin has led his side to the biggest day in the club game. On St Patrick's Day at Croke Park, the Kilkenny champions face Galway's St Thomas in the AIB All-Ireland Club Hurling Championship final.

For Ballyhale defender Joey Holden, it's no surprise that Shefflin has taken to management so quickly.

"Being a teacher, I look at teaching concepts and if you understand the concept, you can bring that into any question that's asked," Holden said at an AIB media day ahead of this weekend's game.

"He has serious leadership skills and if you look at the leadership concept, it's the same thing. You're just maybe delivering it in a different approach.

"He would always have been a leader - you probably would have seen that yourselves, you don't need to be a genius to see that. Now he's just delivering those leadership skills in a different way." 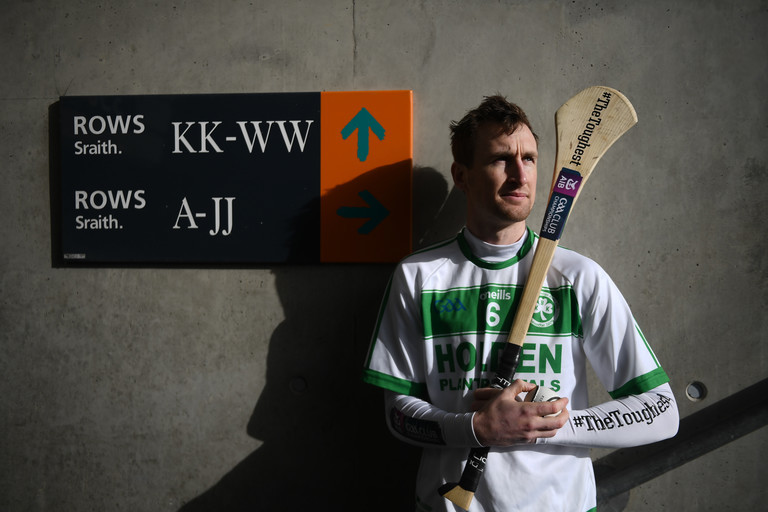 Holden can already see his former teammate developing and improving in his new role.

Some results, we got lucky and maybe he's made some mistakes along the way - I don't know, I haven't seen them - but he's probably learned from those. It's a learning curve for everybody but you just go out and do your best both on the sideline and on the field and if that's good enough, we'll take it; if not we'll learn from what we've done wrong."

It's a tough station, manager. It's fairly full on - there's a lot behind the scenes that people won't see. You've probably training three nights but there's other things to organise behind that. You have panel of maybe 30, 35 players to organise.

Sometimes, it can be more difficult with clubs because there's more variables going on. Whereas, with a county team, everyone is striving and will be there. Club lads, there can be prior engagements and that. It can be difficult to manage.

He has developed, you can see that yourselves. He'll probably say it himself, from where we started to where we've come now has been a good journey so far.

"He says what needs to be said," added Holden.

See Also: 'Pride In Where They Come From' At Centre Of Corofin's Success

The Rewind
13 hours ago
By Gary Connaughton
Watch: Piers Morgan And Rudy Giuliani Tear Strips Off Each Other On Live TV