The most shocking story to emerge from Henry Shefflin's autobiography, published today, was from the 2004 All-Ireland quarter-final replay against Clare, in which he was a millimetre away from losing an eye.

Some may remember the incident.

Waiting for a puck-out on the 40 metre line, he was being marked by Clare's Gerry Quinn. The ball had yet to arrive when Quinn stuck the butt of the hurl into Shefflin's face. It went through the face guard and he got two bangs in the eye.

James's puck-out hadn't ever arrived yet when the butt of Quinn's hurl came through my face guard and I felt two distinct bangs in the eye. Straight away, there was blackness. I was incensed. And scared.

The referee, Pat Horan from Offaly, saw nothing and allowed play to carry on. At this stage, Shefflin was in a state of panic on the ground.

No one seemed to notice what had just been done to me. I threw my hurl away in frustration, panicking at my lack of vision. John Hoyne came across, saw my face and made a lunge for Quinn. A penny was beginning to drop.

Tadhg Crowley, the team doctor, came running in. 'Fuck!' he said the moment he saw my eye. I was shouting now: 'I can't see, I can't see!' Tadhg was telling me to calm down, that everything was going to be fine. But no matter which way I turned my head, I couldn't escape the blackness in my right eye. And I hadn't even got a free!'

As he was being shepherded off the pitch, he roared, 'This is fucking wrong' in the direction of the Clare dugout.

He recalled Daly and the Clare selectors refusing to make eye contact. As soon as he got down the tunnel, tears began to flow. 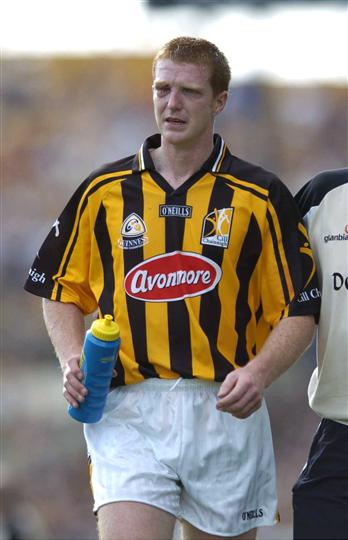 Luckily, they got hold of the eye surgeon, Mark Mulhern, that night. Shefflin was told he was a millimetre away from losing his eye. 'You're a very, very lucky man..' was the verdict.

Quinn left a voicemail on his phone the next day and, after pondering the matter a while, Shefflin decided to ring him back.

In the meantime, Quinn had been lambasted by Tomas Mulcahy on the Sunday Game, to the point where it was later reported that he was considering taking legal action against the programme.

Shefflin said Quinn sounded remorseful. The Clare player explained that he didn't mean to hit him, saying that this was just the way he challenged for a high ball.

Shefflin is firmly of the belief that Quinn fully intended to hit him, though he concedes that he didn't mean to hit him in the eye.

With regard to Quinn's explanation, he said he could accept it without quite believing it.

However, it was a throwaway line at the end of the phone call that really riled him.

Jaysus, we had mighty craic on the beer all day yesterday.

Shefflin said all he could think was 'Well, fuck it Gerry, you can't have been too concerned about me yesterday if you were on the beer all day.'

For Shefflin, the sincerity of his apology was undermined by this throwaway comment.

An emollient sort, Shefflin said he doesn't hold any hard feelings towards Quinn, but said if a player from his own club did something similar, he'd 'let him know in no uncertain way what I thought of him'.