Marty Morrissey is a bit like marmite, you either love him or hate him. His commentary can a real treat at times, but on other occasions it is difficult to listen to.

It often feels forced, or rehearsed, something that doesn't really come across well on the biggest occasions. Some of the lines he uses genuinely make us cringe.

"Bubbles is his name, scoring is his game!"

Contender for worst line of the year there from Marty... #AllIrelandFinal

He has a few things that he does in every game as well, and there is one especially that grows tiresome.

(Disclaimer: once you notice this one, it's all you will hear in every game he commentates on.)

Marty absolutely loves telling us what club a player is from. It's his favourite things to do.

Now we have no problem with mentioning a player's club, that's what made them at the end of the day. But it begins to grate on you when it is done so often, and completely out of context.

All year we have wanted to do a 'Marty club count', and as this was All-Ireland final day, we felt it was the perfect opportunity.

We counted every time he mentioned a player's club from the first whistle to just after the end of the game, and he racked up quite a number.

In the end, Marty managed to do it 34 times. 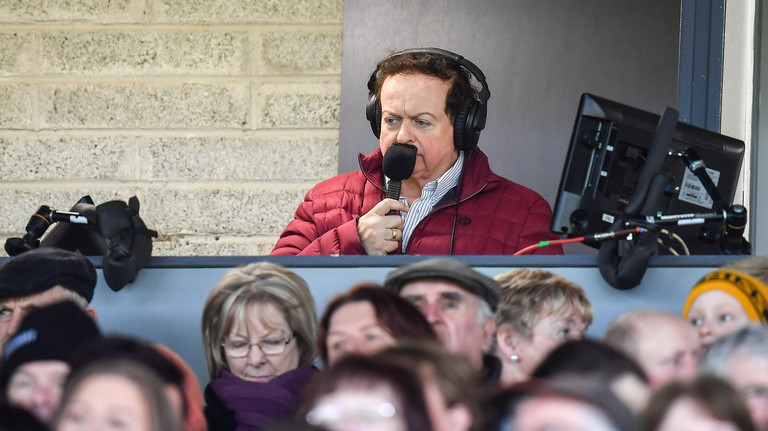 The first half began at a slow enough pace, although it did pick up in the middle period. He had mentioned clubs 11 different times before Richie Hogan's red card. That incident clearly took him out of his groove, as Marty failed to mention another club before the interval.

He really stepped things up in the second half. He came flying out of the gates with five mentions in the first five minutes, and he kept powering on from there.

Substitutions were a big help, as the RTÉ commentator mentioned at least one club every time a replacement was brought on.

By the time we had reached a couple of minutes after the final whistle, he had reached that magic number of 34. That's basically an average of once every two minutes.

So next time you're listening to Marty in the commentary booth and you wonder exactly how often he mentions a player's club, you will have a fair idea.

SEE ALSO: What Séamus Callanan Achieved This Year May Never Be Topped

Hurling
5 days ago
By Balls Team
Book The Couch: 7 Live Games Across Hurling And Football Championships
3

Hurling
2 days ago
By Maurice Brosnan
How Galway Can Get The Most Out Of History-Seeker Joe Canning
Hurling
5 days ago
By Balls Team
Book The Couch: 7 Live Games Across Hurling And Football Championships
Hurling
6 days ago
By Balls Team
Davy Fitzgerald Has Cut At Loughnane As He Confirms Wexford Future
Popular on Balls
GAA
23 hours ago
By Gary Connaughton
Watch: Colin O'Riordan Gives Emotional Interview After Tipp Make History
1