He's Back! Diarmuid Connolly STARTS For Dublin Against Tyrone

Diarmuid Connolly will START for Dublin in today's Super 8s clash against Tyrone. The St. Vincent's club man had been named amongst the substitutes for the game in Omagh, but he has now been drafted into the starting XV by Jim Gavin.

Connolly only recently came back into the Dublin panel after an extended hiatus, with his last appearance coming in February 2018.

He was originally planning on travelling to Boston for a second consecutive summer, but visa issues put an end to that plan. He was soon back training with The Dubs.

Many had speculated that Connolly would not see a minute of action in this year's championship, and few predicted he would start this afternoon. 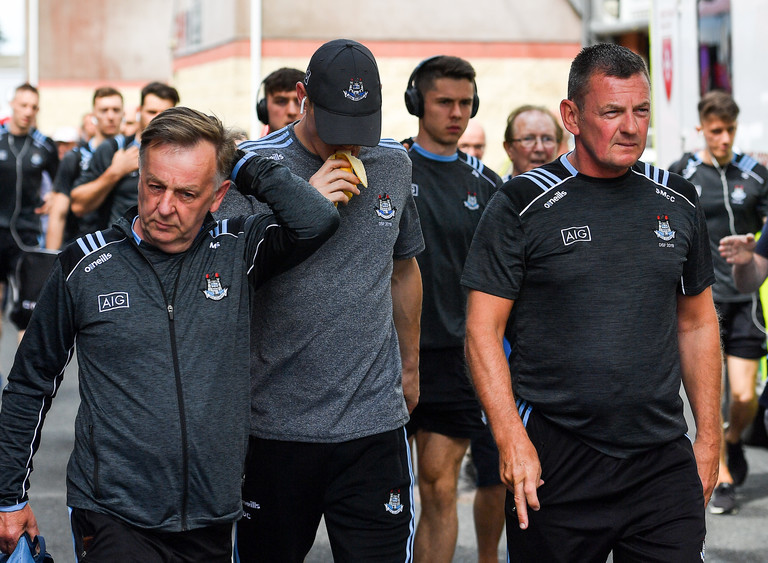 While Dublin have excelled in Connolly's absence, there is little downside to having a player of his quality on the panel. He was widely praised as one of the best footballers in the country prior to stepping away from the inter-county scene, and his shadow has hung over Dublin in the past 18 months.

While Jim Gavin will be looking to avoid a media circus around his return, he obviously felt Connolly could make a contribution in the coming weeks.

As if Dublin needed another boost heading into the closing stages of the championship, this will surely provide them with one.