How Exactly Do The League Champs Fare In The Championship? (Records Since 2000)

How do the League champions typically fare in the championship? The question was probably more interesting in the years before teams other than Dublin could win the League but it's an interesting study in the impact of the League on form later in the summer.

The kings of the National League during the 1990s, Derry won four League titles in that decade if one was to include the 1999/2000 season.

In the League, they scraped by reigning All-Ireland champions Meath in a replay in Clones.

Their championship season ended with a narrow one-point loss against Armagh in the Ulster Final. Tohill had a long range free in the last minute to save the game but it drifted away. 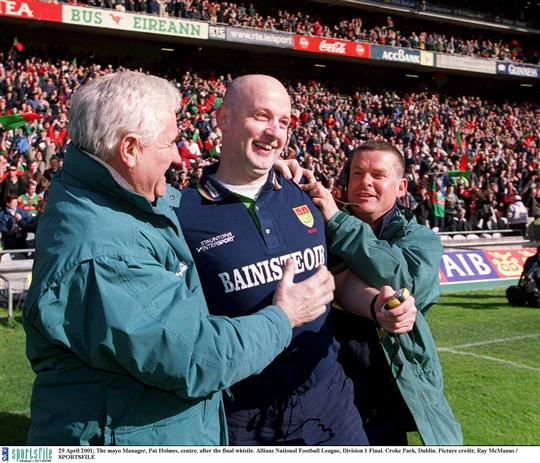 During Pat Holmes first spell as Mayo manager in the early noughties, John O'Mahony's Galway were in their pomp and they failed to win a provincial title. But they did pip their traditional rivals in an all-Connacht League final in Croker.

But they did pip their traditional rivals in an all-Connacht League final in Croker.

Come championship, Galway won their second All-Ireland in four years, bringing down the curtain on a short-lived but intense mini-era of success. Mayo's season was scarred by the late concession of a goal to the Rossies in the Connacht final after they themselves looked to have stolen it through a David Nestor goal.

Westmeath dumped them out of the championship in the first ever round of last 12 games.

The first NFL season to take place in a calendar year, Tyrone, still boasting by common consent the 'greatest player never to win an All-Ireland' won the League, beating Cavan easily in the final.

One of those years when the League champs endure a dreary summer. Can't bring themselves to look at their early season bauble by year's end.

Beaten by Armagh in Ulster, they made reasonable progress in the qualifiers, disposing of Wexford (narrowly), Leitrim, and, most impressively, Derry, before being stunned by Sligo in the last 12.

That was it for Art McCrory and Eugene McKenna, the managerial duo that had taken Tyrone to the brink of an All-Ireland in 1995 before returning a few years later.

Peter Canavan happily became ineligible for inclusion among the greatest players never to win an All-Ireland during 2003. As in the previous year, Tyrone won the National League, utterly destroying Micko's Laois in the final.

Months later, they squeezed past Armagh in a match disdained by the purists, but there was a limited interest in such hand-wringing up north. 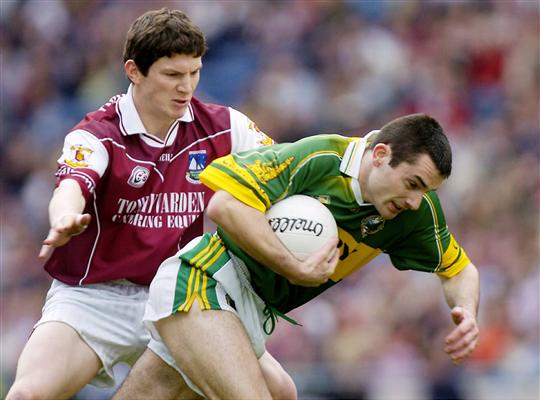 For the second season in a row, the League champions went on to win the championship.

A traumatic start to Jack O'Connor's reign. They only lost one more game for the rest of 2004, beating Galway by a point in the League final and beating Mayo by a lot more than a point in the All-Ireland final.

Armagh claimed their only League title, soundly defeated Wexford in the final on May Day. That summer, they would win another Ulster title, pipping Tyrone in the provincial championship.

Unfortunately, in a situation which typified their ding-dong battle in the noughties, Tyrone turned the tables in the semi-final in Croke Park.

Armagh were emphatically the kings of the Ulster championship during the noughties. It was their misfortune to watch Tyrone perform much better in the All-Ireland series. 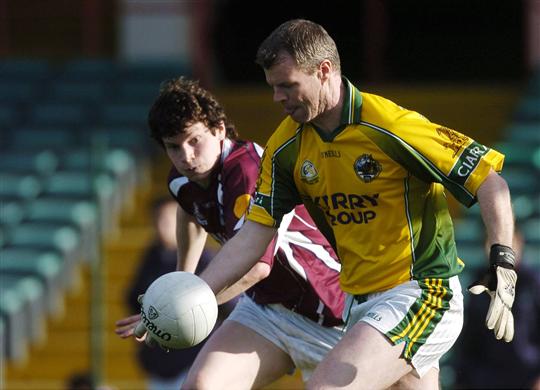 As in 2004, Kerry would beat Galway in the League final (played in Limerick this time for some reason. There may have been a gridiron game in Croker that day) and then demolish Mayo in the All-Ireland final that September. 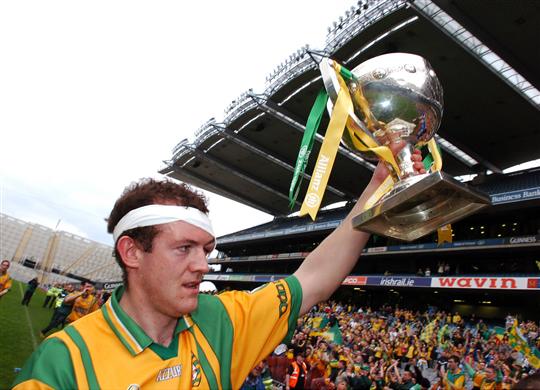 Donegal knew of the existence of that miraculous thing called silverware during the post-McEniff/pre-McGuinness era. Under the management of Brian McIvor, they won their sole National League title, finishing top of the table and beating Mayo by three points in the League final.

Their championship story was altogether less happy. Humbled by Tyrone in the Ulster semi-final, they needed extra-time to beat Leitrim in the qualifiers. Monaghan ended their season in Round 3. 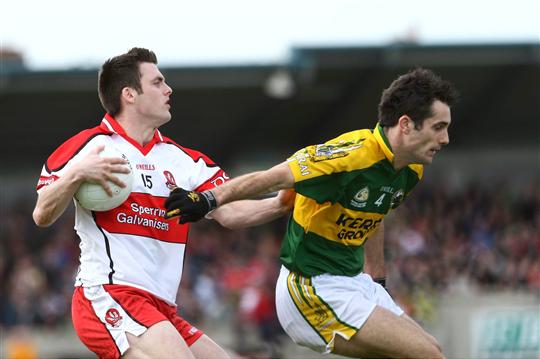 The ultimate League team, Derry won the National League in 2008, beating the three-in-row seeking (All-Irelands, that is) Kerry in the final.

2008 was the year the League was reorganised in its present Division 1-4 format.

Derry's summer was not a long one. Fermanagh stunned them in the Ulster semi-final and they would lost to Monaghan in Round 1 of the qualifiers.

For the third time that decade, Jack O'Connor leads Kerry to the League and championship in the same year. They beat League specialists and the previous year's champs Derry in the final.

It all appeared for nothing early in the championship, as a pallid Kerry team suffered a violent early summer wobble. They limped past Longford and Sligo, the latter in a manner which was way too close for comfort.

When the obituaries for the team were being penned, they took wing against the Dubs in the quarter-final. The startled earwigs darkest hour.

The beginning of the Cork era in the National League. They beat John O'Mahony's Mayo in the League final, whose season ended in the most abject, underwhelming fashion possible that June.

With their bogeymen succumbing to an All-Ireland quarter-final ambush, Cork, while arguably less spectacular and impressive than in previous seasons, held their nerve to win the All-Ireland final against an exuberant Down outfit. 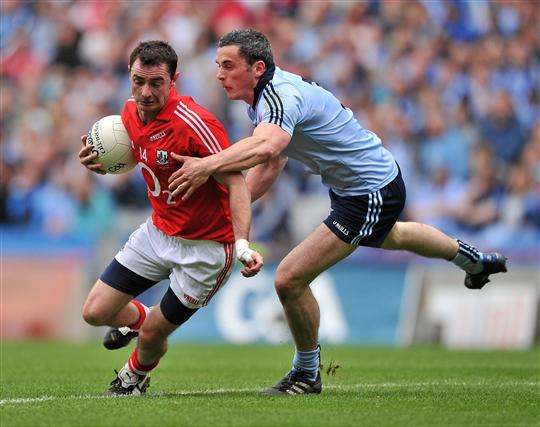 For the second time in a few months, Cork eked out a win against the Dubs when the game looked lost. Their late comeback in the League Final was even more impressive than their All-Ireland semi-final win.

The reformed Dubs were clearly coming, however.

Cork lost in Munster but their progress in the qualifiers was so serene it implied they'd be there or thereabouts come the end.

However, they were stunned by a Mayo team who hadn't exactly swaggered their way to a Connacht title. It was the first indicator that Horan was really building something.

As with 2010, Cork got the better of Mayo in the League final. Both would make it as far as August but only Mayo would make it to September.

Cork beat Kerry in the Munster Final in Pairc Ui Chaoimh and really put the hurt on Kieran McGeeney's Kildare in the quarters. However, like everyone else that year, they found Jimmy McGuinness's new model army too hard to deal with in the semis. 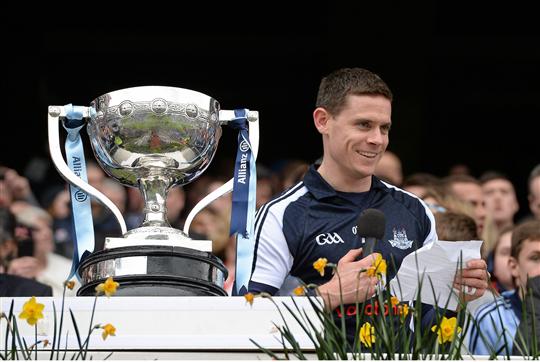 Under Jim Gavin, they would be transformed from 'run of the mill All-Ireland champions' (if there is such a thing) in 2011 into a trophy collecting machine.

In 2013, their dominance didn't seem as oppressive as it would later become. Won both the League and All-Ireland final by a point, the former against Tyrone and latter against Mayo.

The year when the 'split Dublin' panic began in earnest. Dublin romped to the League title, destroying Cork in a second half of football which seemed to scare the rest of the country witless.

The notion that they could lose a match seemed fanciful until they were downed by a combination of their own blithe hubris and Donegal's masterful gameplan.

Won another League in handy fashion that spring. They had the good grace to make thing interesting by losing in Pairc Ui Rinn and Killarney earlier in the season.

Everyone had learned their lesson from 2014 and so no one assumed the All-Ireland win was a fait accompli. However, after surviving a scare against Mayo, they proved their superiority in a grim, joyless All-Ireland final.

Read more: The 'Rest Of Ireland XV' That Might Have Half A Chance Against The Dubs

GAA
4 years ago
By Cian Roche
'It Can Be Very Frustrating... That's Probably Why We Went So Mental'
GAA
4 years ago
By Mikey Traynor
Watch: 2 Goals In 2 Minutes Lift Mayo To Hard-Fought Win Over Clare
GAA
4 years ago
By David Kent
The Sunday Game Can't Agree What To Do With Restructuring The Championship
Popular on Balls
Football
1 day ago
By Eoin Harrington
'Ronaldo Is A Cod' - Remembering Eamon Dunphy's Infamous 2008 Rant
GAA
20 hours ago
By PJ Browne
The Draw Has Been Made For Tailteann Cup Opening Rounds
GAA
1 day ago
By PJ Browne
Donal Óg Cusack Defends Dublin Hurlers After John Mullane Criticism
The Rewind
2 days ago
By Eoin Harrington
Watch: Brilliant Dermot Morgan Dublin Segment From 'The Travel Show' Resurfaces