'It Looked Like Great Craic Up There! Fair Play, It Was Some Win For Them'

If the All-Ireland club semi-finals were decided by the extent to which the teams celebrated their provincial wins, Gaoth Dobhair would already have booked their spot at Croke Park with a landslide win over Corofin.

What seemed like an endless party sparked in the Donegal town of Gweedore in early December when they won the Ulster club title with a victory against Scotstown.

And why wouldn't they celebrate? It was their first ever provincial championship and they were just the second ever Donegal team to win it. There also seems to be an extra bit of madness about that part of the country.

In Corofin, the celebrations were more at the nine-Connacht-titles-in-27-years, we've-been-here-before, defending champions level.

"Yeah, it looked like great craic up there!" Corofin forward Ian Burke said at the launch of Future Proof Media.

Fair play, it was some win for them. It was brilliant to see a team like that to come out and win an Ulster title. It's not an easy achievement to do.

It just goes to show that if you put your mind to it and go at it you can achieve great things.

Since beating Ballintubber in the Connacht final on November 25th, Corofin have had the odd week of lighter training. Those were not weeks off, says Burke, rather they were simply ones without the hard running. 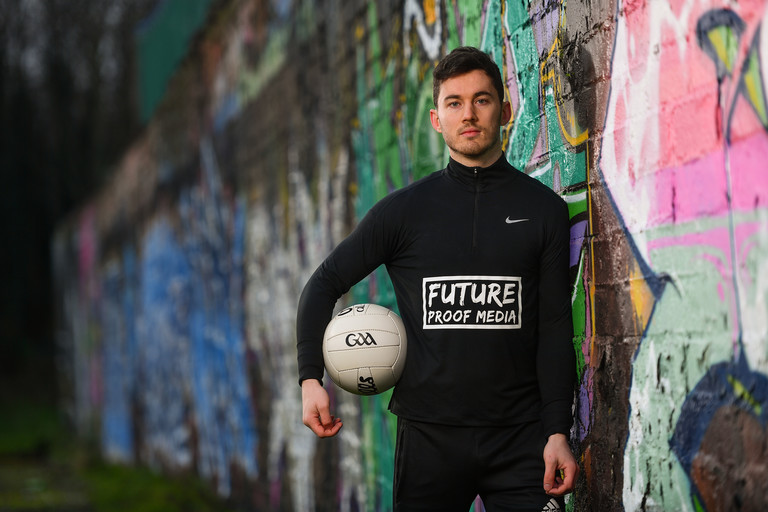 The All-Ireland semi-final against Gaoth Dobhair now six weeks away, they are ramping it up again. Corofin players on the Galway panel have also been training one night a week with Kevin Walsh's side.

"You take it handy while you can because now we'll be going gung ho for the next six weeks to be ready for these boys.

"It was a nice break. I was off for a couple of months with my ribs so it's nice to get back on the field and back in the gym to get cracking again with the lads."

The club recently held an open training session - it was packed with kids from the area.

"It's always a good time of year," said Burke.

"There was a good buzz around the place.

This is the year we do it!

"It's just a little village so you have your church, the pitch, the pub and the shop and that's pretty much the village of Corofin.

"It's probably a big enough catchment area. There are two parishes, Corofin and Belclare. They joined years ago, before my father's time and have been a club ever since.

"We've been caught before so we're fully focused on the next game. That's the mantra in Corofin, just focus on the next game no matter who it might be. Give them the respect they deserve.

"If you win an Ulster title you're obviously going to be good so we can't take our eye off them one little bit. And if we do, we're in trouble."

Corofin and Galway footballer Ian Burke at the launch of Future Proof Media, the low cost, jargon free marketing consultants. Visit www.futureproofmedia.ie to see how they can help you grow your business. Photo by Ramsey Cardy/Sportsfile

Noelle Healy: 'Leo Varadkar Worked In The Industry Himself, I Just Don’t Think It Was Fair'

GAA
1 year ago
By PJ Browne
Quiz: Name Every All-Ireland Club Football Championship Winner
GAA
2 years ago
By Dylan Ryan
Balls Remembers: The Day The Meehans And Caltra Made History
GAA
3 years ago
By Balls Team
'Emotions Were Raw' - Kevin Cassidy On Replying To That David Brady Tweet
Popular on Balls
Football
20 hours ago
By Luke Delaney
Europa League Final: Five Arrests As Frankfurt Supporters Attack Rangers Fans
GAA
1 day ago
By Luke Delaney
Jackie Tyrell Calls For 'Accountability' For Players Who Feign Injury
GAA
21 hours ago
By PJ Browne
'I Had Some Troubles In My Later Teens. GAA Wasn't A Big Thing For Me'
Football
1 day ago
By Colman Stanley
Wagatha Christie Trial Sheds New Light On England's Euro 2016 Disaster