Corofin are Connacht champions once more. For the third year in a row, the Galway kingpins will march on to the All-Ireland club semi-finals but they were made work for it, with Ballintubber putting up a spirited battle in MacHale Park. In the end, it finished 2-10 to 1-9.

Corofin trailed at half-time having struggled to break down a ferociously organised Ballintubber defence. A cracking Michael Lundy after 25 minutes was just their third score in the game and was quickly cancelled out by Jamsie Finnerty. At half-time, the score was 1-5 to 1-2 in favour of the underdogs. 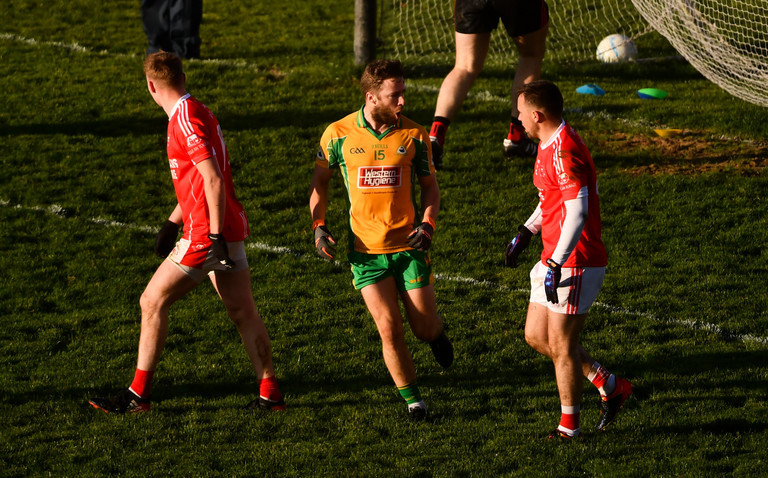 The tie remained nip-and-tuck from there, although Kevin O'Brien's side began to shoot from range with Mike Farragher landing a superb score.

Corofin also had a trump card on their bench in the form of Galway All-Star Ian Burke. His introduction and subsequent goal was the perfect anecdote to a defensive screen. A thundering kick-out landed in the opposite half and thus bypassed the majority of Ballintubber's retreating players.

Gary Sice ran onto the ball and one pass later it was in the hands of Burke at the edge of the square. There is no stopping him from that distance and Corofin had their lead.

Much of the credit must go to goalkeeper Bernard Power for his kick-out. A late Liam Silke score made it comfortable, although Ballintubber to their credit never wilted with Alan Dillon kicking a late score to reduce the gap.

The result means Corofin will march on to face the winners of Leinster in a blockbuster semi-final clash next February.

SEE ALSO: As It Happened: All Of Today's Club GAA Action