'If Mickey Mouse Was There He’d Have Gone Well As Captain Of That Team!'

Last weekend Kerry's kingpins, Dr. Crokes, secured their third county title in a row. The result will have a significant impact on the reign of Peter Keane, particularly in terms of the senior side's captaincy.

They do it differently in the south-west. The reigning county champions nominate the team captain and that information is relayed from county board to management. In 2005, Spa GAA proposed a motion to end that tradition but it received minimal support.

Last year Fionn Fitzgerald was nominated as team captain. However, his inability to make the starting team saw his inexperienced club-mates Shane Murphy and Gavin White carry that mantle during the Championship.

This is not a rare phenomenon. Eoin Brosnan found himself in a similar position during the 2001 All-Ireland semi-final, when he found himself captaining the side in his debut year. Later, Brosnan famously kept 2006 team captain Declan O'Sullivan out of the team up until that year's All-Ireland final.

As Kerry prepare for a new dawn, the calls have been forthcoming for change. Pat Spillane told the Sunday World it has reached "farcical" levels: "This is beyond a joke at this stage." In an interview with the Irish Examiner, Kieran Donaghy also urged for the end of the practice: “I think the manager should pick his captain. There’s enough of an honour when you win your county championship and you were one of the men who helped drive them over the line."

Few are more familiar with this tradition than Charlie Nelligan. Across an extraordinary 16-year career that included seven All-Ireland titles with the Kingdom, he played under 14 different captains. He had the honour himself in 1989, although it certainly doesn't protrude as a career highlight.

"Jesus, was I captain? I couldn’t tell you, sure you'd know I suppose. We'd a great year with the club alright and I vaguely remember getting nominated but that was a different time for us."

A different time indeed. That year was a rare dry spell for Kerry. They had not been in an All-Ireland final for three years and bowed out of the Championship at the provincial stage against their rivals and eventual winners Cork. 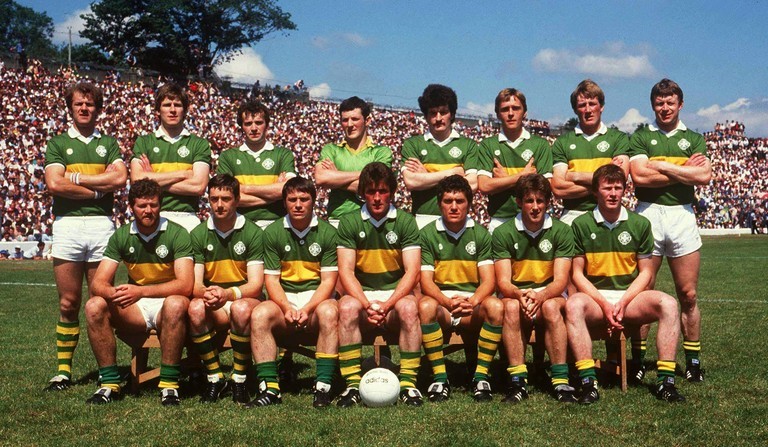 Nelligan stresses he understands the arguments to do away with the tradition. However, he is quick to highlight that it has often resulted in significant positives.

"I can see both sides of the argument for the present. In my time we had Mickey Ned O’Sullivan, Tim Kennelly, Ogie Moran, Jimmy Deenihan. These were lads who had all proven themselves."

"Then you have a fella who hadn’t, like Ambrose Donovan. He was a young guy coming up and he was made captain. But it made him, he turned out to be a fabulous captain. It was a big thing on his shoulders but he rose to it, it actually made a great player out of him. That responsibility can do that." 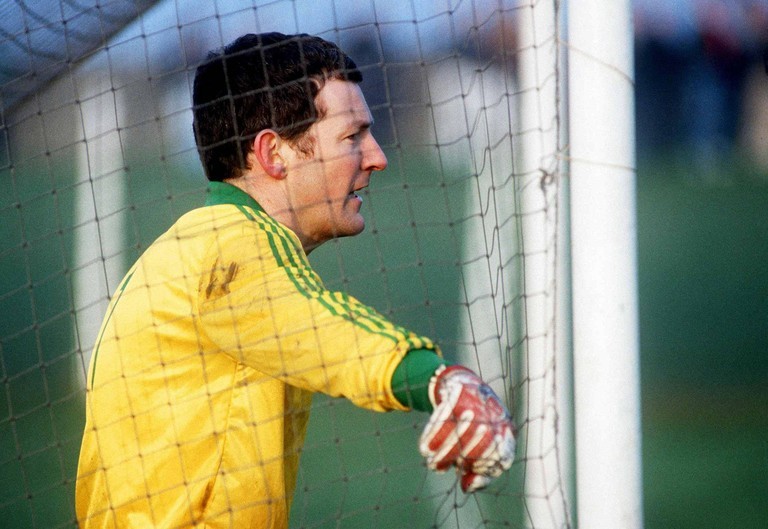 The story of Charlie Nelligan's debut is a remarkable one. Fresh from a successful underage stint as goalkeeper, he was called into the senior squad in 1976 when John O'Keefe was captain. Paudie O'Mahony was the established number one and Nelligan was content to spend the year on the sidelines, biding his time.

His time arrived earlier than expected when O'Mahony went down with an injury mid-game and Nelligan was forced to make his debut, in Croke Park, against Dublin, on All-Ireland final day.

I came on in the All-Ireland final, nobody saw that coming! I was the last person in the world who thought he’d be playing that day. I had a minor medal in my pocket and two U21s. I was sitting down to enjoy a match and next thing it was a roar 'get up! get out!' There was nothing you could do about that.

I certainly was shown the step up from minor to senior level. It was a different ball game. After that the older lads were great. For the following league, the players made a huge effort, they rallied around me because Paudie was still injured for that. I was the number one at that stage but was glad to have all the support. We won the league.

A new dawn approaches for this Kerry team and with it, there has been significant player turnover. The exodus continues as the old make way for the new, with Darran O'Sullivan the latest to announce his retirement.

That feeling you get when it’s your turn to walk away! pic.twitter.com/mcrL1y2ghL

There is no doubt that a clean slate is important, but Nelligan still hails this self-sacrifice for the greater good.

"A lot of the older headers are gone now, Darran left and I have the height of respect for him to do it. His pace hadn’t gone, he showed that last year. But I’d say he saw Peter Keane needed to rebuild and took the choice to make it easier. This is a new team moving on."

Nelligan net-minding duties included Kerry's golden age 1878 to 1982 four in a row winning team. Was there one particular style of captain that stood out?

They each had their own style. Guys had to lift themselves and others in the course of battle. To set standards and have everyone drive on. Ambrose (O'Donovan) was that. He was tough and you knew it. Ogie (Moran) was different. He wouldn't say much but he was a pure gent and everyone respected him for it.

You had a team that time, I'd say if Mickey Mouse was there he’d have gone well as captain of that team!

This Kerry team need much more than Mickey Mouse, but the type of leader is difficult to quantify. He cites Stephen Cluxton as another example of a captain that leads with deeds rather than words.

As the conversation draws to a close, it would be remiss to not ask about Cluxton's side and the raging debate as to which dominant team was superior. Nelligan is unsure on which era's super-outfit was better, but he'd be keen to find out.

"I don’t have much time for who is better, it is too hard to say. But I will tell you this, I’d love to have a crack off them! They are a great team but we weren’t too bad ourselves. It’d be the biggest test we ever got!"