In His Fifth Year Of Incredible Service, Derek McGrath Faces His Biggest Test

Ratemyteacher.com is a review site frequently highjacked by Irish students as a popular means to tear strips from their own educators. As such, it is often a wholly negative landscape indicative of the pervasive toxicity widespread on modern social media.

This is what makes the reviews for Derek McGrath, De La Salle College, all the more remarkable.

‘Such a good teacher we barley use the textbook but he teache's us in other ways and always in a good mood. (sic)’

In 2013 Derek McGrath was ratified as the Waterford hurling manager. That year they had lost the opening game of the Munster Championship by eight points against Clare and were knocked out in the qualifiers by Kilkenny.

For five years McGrath has balanced the monumental appetite for an All-Ireland with the task of developing a promising but raw bunch of prospects. The Déise’s wait for the Liam McCarthy goes back to 1959. He came closest last year, only to be felled by a Galway juggernaut ending a famine of their own.

This season has been the toughest yet for McGrath. Kieran and Shane Bennett opted off the panel to go traveling. Tadhg de Búrca, Barry Coughlan, Darragh Fives, Austin Gleeson, Maurice Shanahan, Pauric Mahony and Noel Connors were all struck by injury. They were relegated from Division 1A and had their captain sent off during their opening Munster championship tie against Clare. Walsh Park was deemed unsuitable and Waterford were left without any home games. Despite it all, McGrath persists. A single calming influence in the midst of a storm. A resolute coach, not so much raging as persevering against the dying of the light.

His frank response after last weekend’s controversial goal was widely praised. "If it is a mistake, it is a mistake. We move on." Thus, this sentiment spread throughout the squad. In the immediate aftermath, Michael ‘Brick’ Walsh apologised in the player’s WhatsApp for his fumbled ball which resulted in the first goal. Within a day McGrath had had the squad swimming in the sea by Dunmore and preparing for Limerick this Sunday. The injustice wasn’t mentioned, instantly discarded to the past. 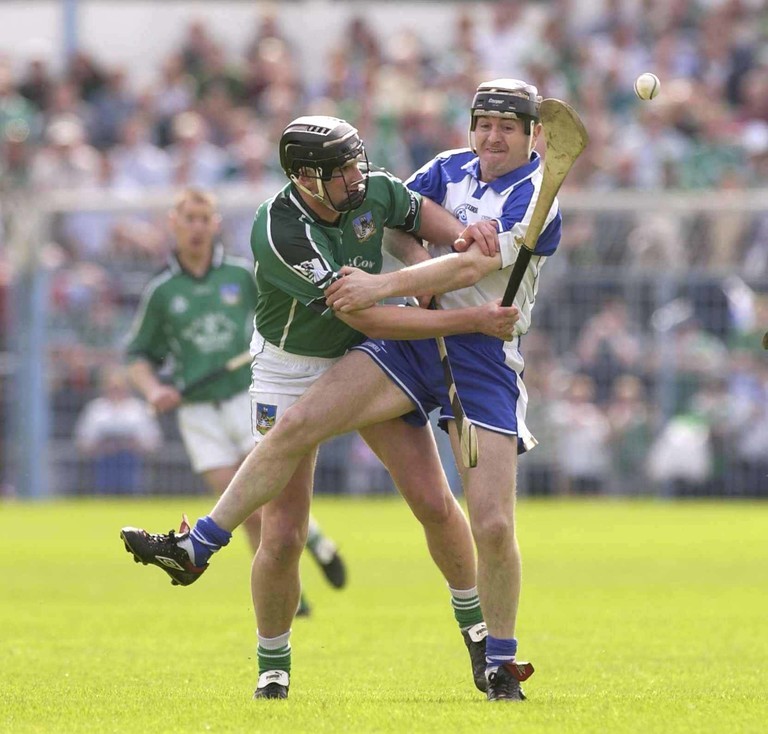 Fergal Hartley is someone who knows McGrath well. The Ballygunner man was a student at De La Salle in his youth and captain of the Waterford hurlers when McGrath made it onto the squad in ’96. His reaction didn’t surprise Hartley one bit.

That’s Derek’s genuine view. If you start wallowing and feeling sorry for yourself it eats into your week. With the Championship structures the way they are, you need to move on. If you don’t you’re snookered and starting on the back foot. Listen, it was the talk of literally the whole city and county and if the players are in that mindset they are not focused on the next challenge. No matter what happened in those games, you have to dust yourself down and go again. There is no time for looking back and that is Derek’s job. To move players on if you can and that’s what he did.

I know Derek and I know him quite well. That’s is where he is an expert. He has people skills, the ability to move people and get them in the right head space.

McGrath continues to urge Waterford to punch above their weight. His ability to consistently extract that from his players is one of the reasons he is so highly regarded within the county.

McGrath's ability to effectively manage people extends back to his playing days. Dan Shanahan patrols the sidelines with him now, but they were once team-mates. While seldom used at Senior, at Minor McGrath was a talented inside forward for three years. Shanahan tells a yarn in his autobiography, published in 2010, about McGrath's ability even as a teen.

"I remember in one of those Munster finals a few lads up on the terrace roaring abuse at me. Maybe they noticed me because I was the tallest on the team; I was certainly no worse than anyone else out there. Derek McGrath of De La Salle was in the forwards with me and he came over at one stage. 'Don't mind those fucking fools, Dan,' he said to me. 'They're just a shower of drunks. Ignore them.' We were only young fellas together but that showed the class of Derek McGrath. I wasn't surprised when he trained De La Salle to win the All-Ireland colleges a couple of years ago. He was a leader all the way back then. "

In 2013, McGrath sought out Shanahan and handed him a document. It was a step-by-step plan charting Waterford's journey to an All-Ireland. Shanahan joined McGrath's backroom team and last year that journey's completion came within a puck of a ball. 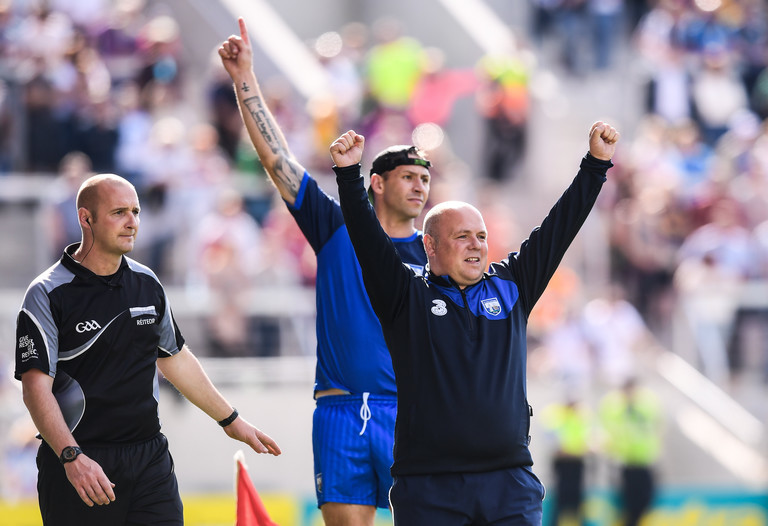 A strong showing against Tipperary last week could kick-start Waterford's year, particularly with capable hands guiding the wheel. The at times maligned sweeper system continues to marry structure with flair but Hartley is keen to stress that McGrath has many strings to his bow.

As a manager, he has so many strengths. He’s not just a manager, he is a great hurling coach. A tactician. That has worked, but his biggest single strength is his people skills. He values everyone involved. He is interested in everyone, with a genuine interest. His style is a collaborative style but it works because of his personality and albeit he is his own man. He is very strong-willed and determined. He knows what this team and this county want.

Really it is about a very fair operator and a reasonable guy. He can inspire people. He takes a great interest in people not just there hurling, he knows about their family lives, their study. Their personal lives and he instills values based on that. People respond to that.

While Waterford have overachieved under McGrath, their opponents today have endured contrasting fortunes and if anything, have failed to live up to the potential evident across underage success. That has changed this year, with John Kiely's side now a potential dark horse to lift the Liam McCarthy this August. Hartley is all too familiar with the county having gone to college there and recognises the formidable challenge they will pose this year:

'I also think we are up against a Limerick squad and a Limerick team who probably underachieved in the last few years. They are a power squad with a lot of high calibre players.'

No question about it, we are up against it. But you have to be hugely encouraged by last Sunday even if it was disappointing in the end to only come away with one point. I suppose we went out with some players who wouldn’t be fully tried and tested at this level and they performed brilliantly. They threw caution to the wind and went at it. This team does that.

The task only gets tougher from here. Waterford are playing their third game in a row and Limerick are at home. It is hard to see anything other than a win for the Shannonsiders. However, whether it be charting a route to a Croke Park final day last year, winning around a class of young English students or putting an arm around a talented but maligned team-mate, Derek McGrath has a way. His fifth year and not out, he is now looking to go the extra mile once again.