Incredible Scenes As Superb Kildare Dump Mayo Out Of The Championship

A dramatic saga got its deserving ultimate conclusion. Home advantage proved beneficial and Kildare march forward on the cusp of a remarkable wave. The perennial survivors Mayo have been knocked out of the Championship in the qualifiers on a scoreline of 0-21 to 0-19.

It was a late point from substitute Eamonn Callaghan that provided the insurance, as he romped down the left flank and struck a sweet score. It pushed Kildare three clear and ensured Mayo had to go for broke in the dying minutes of the game.

It was a disappointing end for Mayo, who despite four points from wing back Paddy Durcan endured a crucial period of 10 scoreless minutes until Moran's late free and saw Aidan O’Shea sent off at the death. 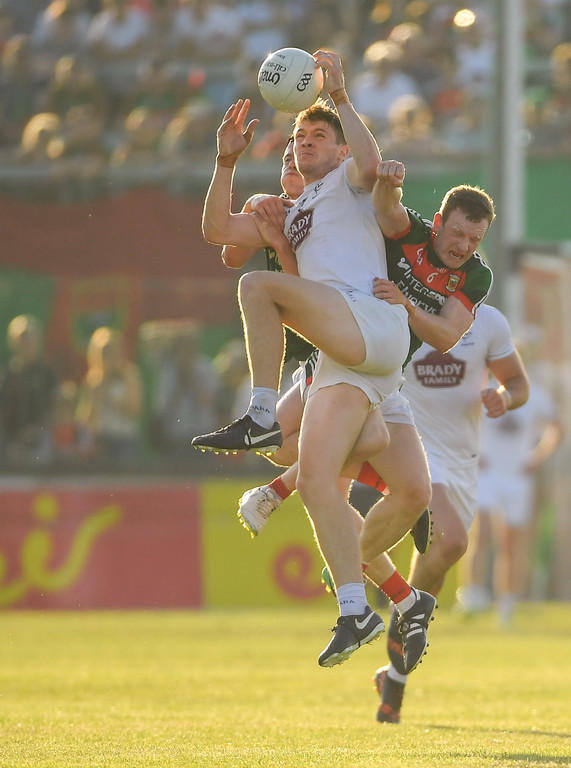 On Sky Sports, Peter Canavan hailed the changes O'Neill made during the game, Jim McGuinness praised their training ground kick-out work, but his work started long before then. Overall it was a stirring performance by a team struggling for form. Kildare lost every game in Divison one of the Allianz League and were beaten in their opening Leinster Championship game against Carlow. However, Cian O'Neill never panicked and emerges triumphant. He refused to budge in the face of the GAA and the might of Mayo and now has his day in the sun.

Kildare's greatest win since 2000. Amazing, and it proves why democracy matters. Incredible performance from a team that deserves endless respect. WOO HOO

Kildare. Justified. Took on the establishment & won. Full of respect for them. Deserve their success

Full-time in Newbridge and the place goes mental pic.twitter.com/cEg7Z02ZuA

Imagine trying to take this away from GAA, Saturday summer nights in the provinces, home advantage. What a game, people are crying, Kildare delivered tonight. Mayo, one of the most admirable teams ever, went out on their sword. Kildare had energy off the bench a d composure 21-19 pic.twitter.com/T4sdgMdhmm

Kildare's ability to make use of possession and kick scores from range was a dramatic change for a side so wasteful against Carlow.  Kevin Feely and Paul Cribbin were outstanding around the middle but overall it was a superb team performance, with ten different scorers in total.

O'Neill has had his fair share of critics but is deserving of praise for his management this week. Speaking after the game, he shifted focus to his players and their performance. 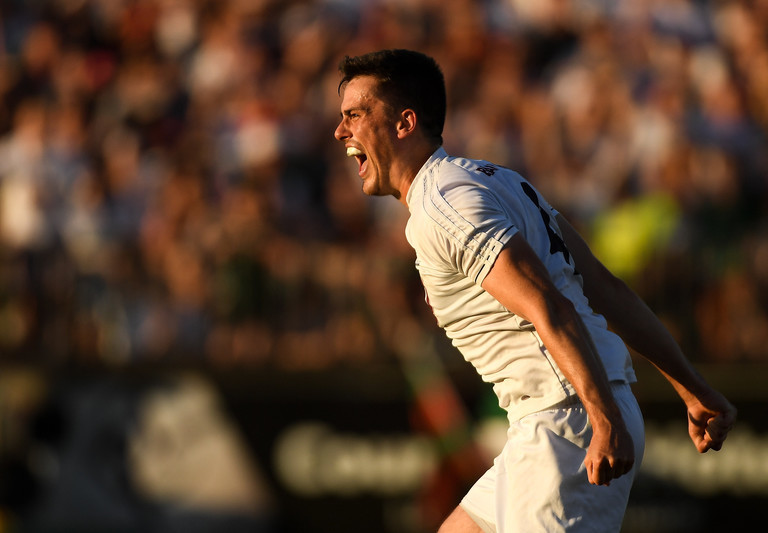 The result means a Kildare are within a game of the Super 8s, with the draw for round four of the qualifiers set for Monday.