Watch: Offaly U20 Star Gives The Best Interview You Will Hear All Year After Leinster Win

For a county that have experienced so much success in the not too distant past, Offaly have found themselves largely in the doldrums in both codes in recent years.

Their footballers have not been near challenging at the top table, while their hurlers have dropped down a couple of tiers and find themselves in the Christy Ring in 2021 for a second consecutive season.

However, things are slowly changing.

Their footballers achieved promotion to Division 2 of the National Football League recently, while the hurlers got back into the top tier.

Underage shoots are also appearing. Their minor footballers were unlucky to lose a Leinster final a couple of weeks ago, but their U20 side managed to get over the line last night.

They pulled off a huge shock by beating Dublin in the provincial decider, winning on a scoreline of 0-15 to 3-3 in Portlaoise.

It is their first triumph in this grade since 1995.

Cormac Egan was one of the players that helped inspire them to victory, kicking 0-2 and earning man-of-the-match honours for his troubles.

Speaking to TG4 after the game, he brilliantly summed up what this win meant to Offaly football.

“It's been a long time coming for Offaly” 👌👊

It's been a long time coming in Offaly. We had the minors in a Leinster final a few weeks ago and lost, they were so close, only a point away.

To come here today, we only joined the panel two weeks ago before the Wexford game, to come here today and put on that performance with the boys, each and every one of them is a credit to their family and this team...

It was what Offaly football is about, what it was built on in the 70s and 80s, all the way up. Boys have grandads and even older that played in those great Offaly teams.

We thought we had to re-instil that back into this team. The boys Raf and Dec, and all the lads in the backroom team, really put that into us. That's as much them as it is us.

They have drilled that into us from the very start. From underage, Ken Furlong with the minors, Tony Dalton, Ginger Steward, all these boys coming up along.

This is what it is today. It's more than just this team, it's teams that have come along and maybe just didn't get over the line, this is for them.

Offaly will be hoping that this team will play a big part in future successes moving forward. 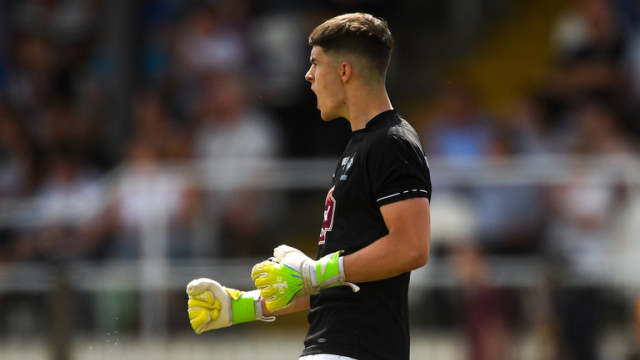