All-Ireland Final. 5 Points Down. The Team-Talk That Made History

It began with the All-Ireland win in 1984. O'Brien was at helm and Mulcahy was in his second year with the team, having lost the previous year's final to Kilkenny. On the morning of the '84 final Canon O'Brien wanted to take his players away from all the madness. They needed to be calm. Relaxed. Focused.

As the team bus journeyed towards Thurles it suddenly turned off the main road. The players didn't know what was happening but O'Brien had a plan. They arrived at the convent in Thurles, greeted by two nuns wearing red and white caps. Inside they got breakfast and mass before receiving a blessing from the nuns.

The county board chairman at the time was guy called Denis Conroy. He'd been tipped off that we were there. He came down and tried to get in and the nuns wouldn't let him in. ''There's no Cork team staying here. There's no one here.''

When you talk to three-time All-Ireland winner, Tomás Mulcahy, about what makes a champion it's clear that having Canon Michael O'Brien as your manager is a massive help. As we spend the week looking forward an All-Ireland hurling final, the tales Mulcahy told about O'Brien had us raring to go for half past three on Sunday. 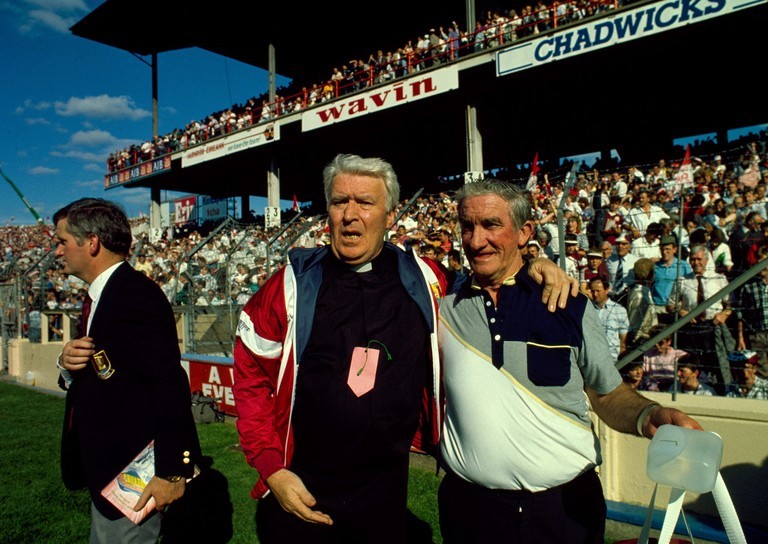 The 1984 trip to the convent was a great one but the real story was the All-Ireland win of 1990. Mulcahy had worked his way back onto the panel after being dropped in 1988. Except he wasn't just back on the panel, he was captain. Canon O'Brien was also back in charge and he was a man on a mission. For the team's first training session he arrived in a brand new Ford Granada. Souped-up to the last; alloyed wheels, the whole works.

He told the players to take a look at the number plate. It read '1990-C-27'. The year was 1990, the county was Cork and they were aiming for their 27th All-Ireland title. It was the first of many psychological masterstrokes he would pull off across the season.

Mulcahy spoke about his training sessions and pinpointed one in particular. 'He wasn't happy the way performances were going,' begins Tomás:

He stopped the training, he went round all of the pitch himself, picked up all the balls and said ''I'm out of here. I'm gone. That's useless training, you don't know what you're at.'' And off he went, out the tunnel, down into his car and he was gone.

He left us all in the middle of the field, speechless...

About 20 minutes later, who marches back in the tunnel but himself. He must have only driven 200 yards and turned back around but he let us stew in the middle of the field, and when he came back he knew he was after upsetting us, he was after getting our attention. He said ''I'll give you one more chance. I'll throw out the balls again but I want a better reaction.'' And for that 20 minutes, we beat the living daylights out of each other, chasing down ball, hooking other, blocking other.

O'Brien was looking for a reaction and he got one: 'He had won unbelievable respect from us.' Come September they were back in the All-Ireland final again but all was not going well on the day. Galway led 1-13 to 1-8 at the break but, in truth, they should have been even further ahead.

The nuns weren't around this time so the closest Cork had to divine intervention was O'Brien. The team arrived back into the dressing room and he was waiting.

O'Brien then turned to the rest of the team: 'There's only three guys worth their salt out there today. There are only three guys that are doing anything for me, for themselves or for Cork hurling.' You could hear a pin drop. It was at that moment Kevin Hennessy raised his hand: 'Canon, can you tell me who the other two are?'

Now he was having a disaster of a game himself [Hennessy] but it broke the ice a little bit and at the end, I can still picture this, the canon got down on one knee, with the red jersey in his hand and holding it out, the inspirational speech came then. It was about doing it for yourself, for your family and for him. ''Forget about everybody else. You've put in an unbelievable effort. I've soldiered with you all year. I know what's in you. Go out and win the second half.''

And that's exactly what happened. Nine minutes into the second half, Mulcahy scored a fantastic goal to set the team on their way. 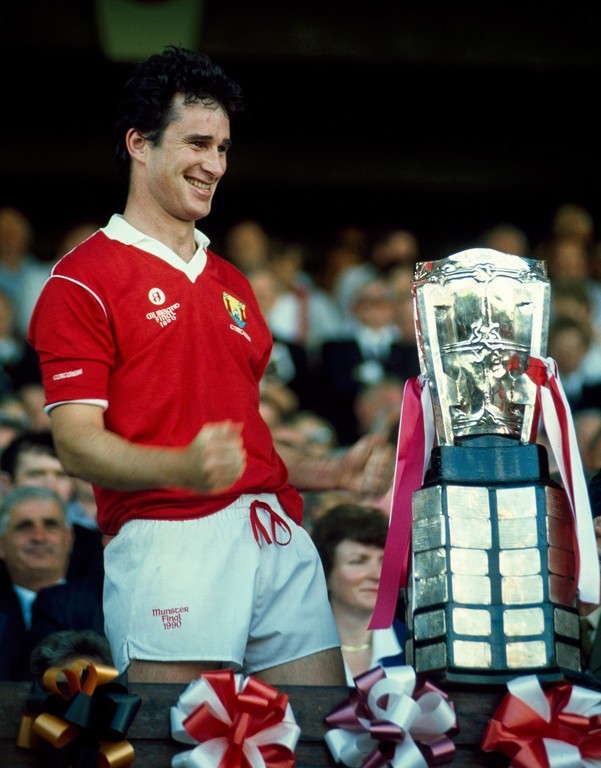 By the time the final whistle went Cork has scored three more goals, winning 5-15 to 2-21. It was the first of two All-Ireland wins for Cork that month. A historic feat that has never been matched in the 31 years that have elapsed since. 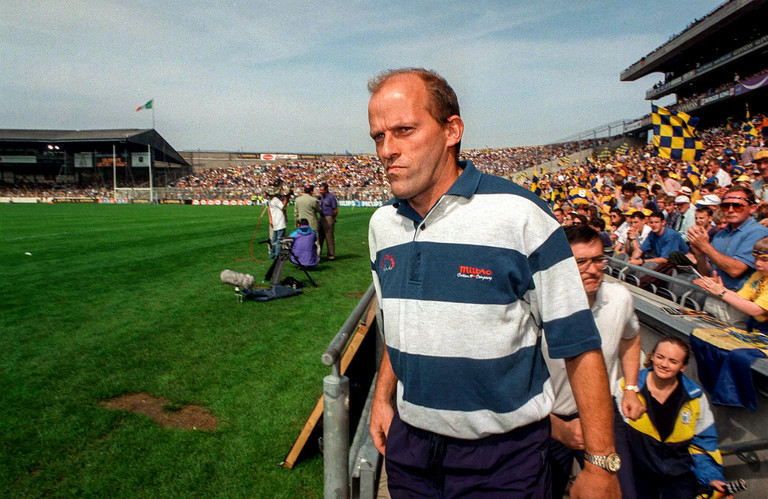 Hurling
1 day ago
By Luke Delaney
How To Watch Galway v Dublin In Leinster Clash
GAA
1 day ago
By Luke Delaney
How To Watch The Tailteann Cup In Cup's First Weekend
GAA
1 day ago
By PJ Browne
Kerry Star Annoyed By Lack Of Access To County's Centre Of Excellence
Popular on Balls
Football
4 hours ago
By Eoin Harrington
Juan Mata Questions Manchester United Management After Dire Season
Golf
2 days ago
By Gary Connaughton
Padraig Harrington Glad He Didn't Have To 'Make A Decision' On Saudi Golf League
Football
1 day ago
By Gary Connaughton
The Frank Lampard Love-In After Everton's Survival Was Downright Bizarre
GAA
2 days ago
By PJ Browne
'It Came At An Awkward Time. I Didn't Think It Would Be So Bad'