In a time with few positives, David Brady discovered a world of them. It started with a simple request from a man called Kevin. His Mayo father, Tom, was finding the isolation tough going and could do with a lift. Would David give him a call?

When the pandemic arrived, he wasn't sure what he could do to help.

"I just rang the number and from there I had a conversation with Tom that was brilliant."

Shortly afterwards he took to Twitter and offered his services to whoever needed them. Hundreds of phone calls followed. 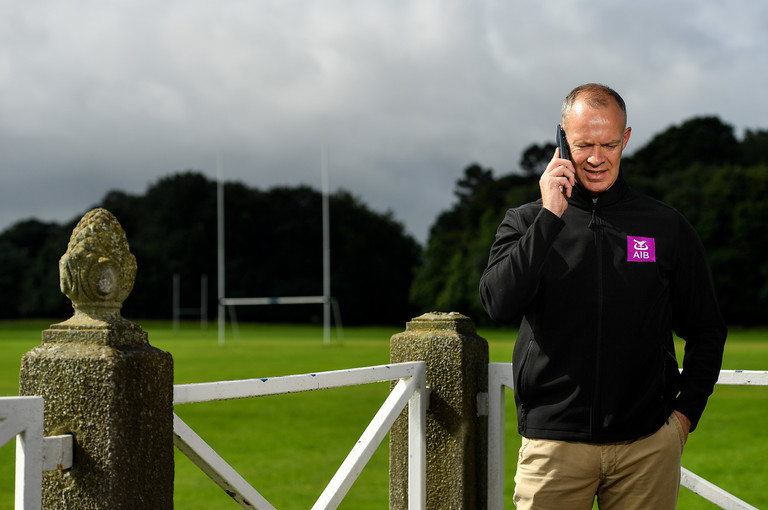 "It was brilliant. From that, I said if there was anyone that had Mayo roots, whether it was a mother or father that was cocooning, I'd give them a call.

It was not just Mayo people, it was GAA people across the world, across the globe. From every province, most counties in the country. And again, it turned over to Manchester, London, Liverpool, New York, Boston, Minneapolis, Chicago, you name it.

I had conversations with people across the world in the context of 'How are you keeping? How's things? Would you be up to talk a bit of GAA?'

The former Ballina Stephenites and Mayo footballer was speaking ahead of the second webisode of AIB’s The Toughest Summer, a documentary which tells the story of Summer 2020 which saw an unprecedented halt to Gaelic Games.

The series is made up of five webisodes as well as a full-length feature documentary to air on RTÉ One in late August. David Brady features in the second webisode that will be available on AIB’s YouTube channel from 1pm on Thursday 30th July.

The GAA is the fuel for conversation. The fuel for communities and for cultures. It's about what the game represents to you.

Initially, Tom thought it was a skit. Then they talked Mayo football and all its relations. In the webisode, Tom explains he "was on a high for the evening after it." He wasn't the only one.

"The reaction I got personally from the first phone call really resonated with me and from that, I said, 'You know what this is definitely something bigger than just a phone call,'" explains Brady.

"The positivity that I got from the end of the line from the recipient back to me was I have to say, very heartwarming.

"I don't know would you call it kindness or what but it did resonate and it did spread and I have to say it was one of the best things honestly that I've ever done. GAA was the conduit but some of my conversations spread far wide beyond that. For me it didn't get me through lockdown, it carried me through lockdown."

Over the past few fraught months, it was simple gestures like this that kept people strong. That is the lesson Brady emphasises in his webisode:

"I honestly feel as a community and people, we are stronger now than ever before. I won't say it is thanks to COVID, but it is thanks to the way GAA people reacted to it and kept the flame alight."

Brady's parish has endured plenty of hardship this year. On top of everything else, they also bid farewell to their adopted father and favourite fisherman. In the 1980s Jack Charlton was a regular visitor for his fishing expeditions on the waters of the Moy. Eventually, he bought a house there.

Big Jack became part of the local community and shared in the joy of their finest hour on a Gaelic football field. 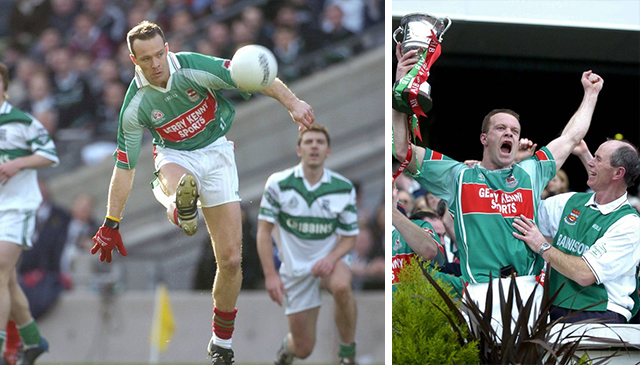 In 2005, Ballina Stephenites beat Portlaoise in Croke Park to claim the AIB All-Ireland club title. That night they boarded a bus and journeyed back west victorious. There was Jack to greet them.

The memory that came to me straight away was he was outside Moy Heights. We were coming back from the All-Ireland club final. We stopped briefly and there was big Jack across from the railway station at the entrance to where he lived.

With hundreds of other people, but big Jack being 6’6, with the peak cap, waving the flag. He felt he was part of Ballina. He was Ballina. This was the local GAA team coming home after winning the All-Ireland.

I do remember on the bus we were going, sweet mother of christ. It was an epiphany to say there is Jack Charlton now waving at us with a big happy head on him. A beaming smile, waving a flag, we are the ones he is welcoming home after all the memories we had as young fellas. 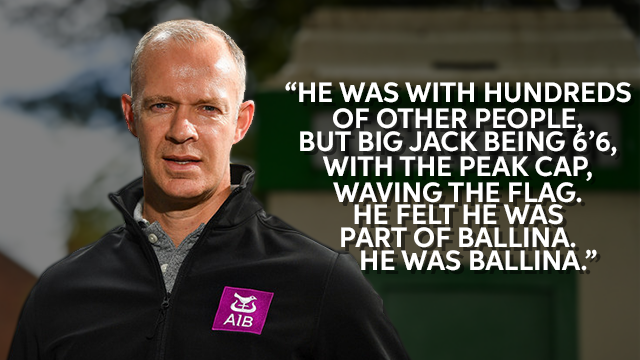 With Jack, it was a two-way relationship. They liked him because he made it clear he liked them back. Brady's phone calls have only emphasised the importance of this kinship. He won't take it for granted.

"He always stopped and he always had a conversation. He also chatted. He didn’t shun you away or ignore you. For me making the phone calls and the positive conversations I had with people was about listening, respect and understanding people. I think for me it has been an absolutely massive lesson. It is not one I tend to let go of very soon either."

A lesson we can all learn from.

"We all feel we are important at times but if we listen, it makes the other person feel relevant. That is the great positive, I wouldn’t have learned that without COVID and I am thankful for it."

You can watch David's webisode on AIB's YouTube channel from 1pm on Thursday 30 July, where you can also find webisode one, starring Ballyhale Shamrocks' TJ Reid.

SEE ALSO: TJ Reid Is The First To Feature In An Intriguing New GAA Documentary