Competitive GAA club matches kick into action across the country this weekend, with Armagh legend and current Iniskeen manager, Oisín McConville, one of thousands delighted to be back out on the pitch.

"Driving past the gates of clubs across the country, and especially your own, and realising you can’t go in there, it was a very strange feeling. Everyone knew there was a reason behind it, but people just wanted to get back. And when those gates swung open again, there was a lot more people, not just players, willing to put their shoulder to the wheel.”

The Crossmaglen man knows all too well the importance of a GAA club in the local community and he is delighted they have been given this window to get back up and running:

“Club is where I found a love for the game first and foremost. When I was growing up, it was U-10s before you got to any sort of competitive action. I was the four-year-old running after the manager for approximately three years before I got a sniff of any action! It was about fun, all my friends played, my parents were involved, my brothers were involved, my sisters were involved. It was never going to go any other way, other than me playing football.

“If you know the area where I’m from, club was not just somewhere where we could gather just for sport and social activities. It gave us an identity, at a time when we really needed an identity. In other words, club means absolutely everything to me.”

While McConville is happy that the schedule in the GAA's return-to-play roadmap gives clubs their own exclusive window, he does not buy into the county vs club debate: “It makes most sense to me [club action returning first]. We’ve been hearing the last couple of years about club coming first, and I’m glad on this occasion that club is getting the first crack at this."

“People need to remember that inter-county players are club players as well, and 95% of those are absolutely determined to give it all for their club. The whole club versus county debate doesn’t stack up for me. They are not mutually exclusive, both inter-county football and club football can prosper at the same time. 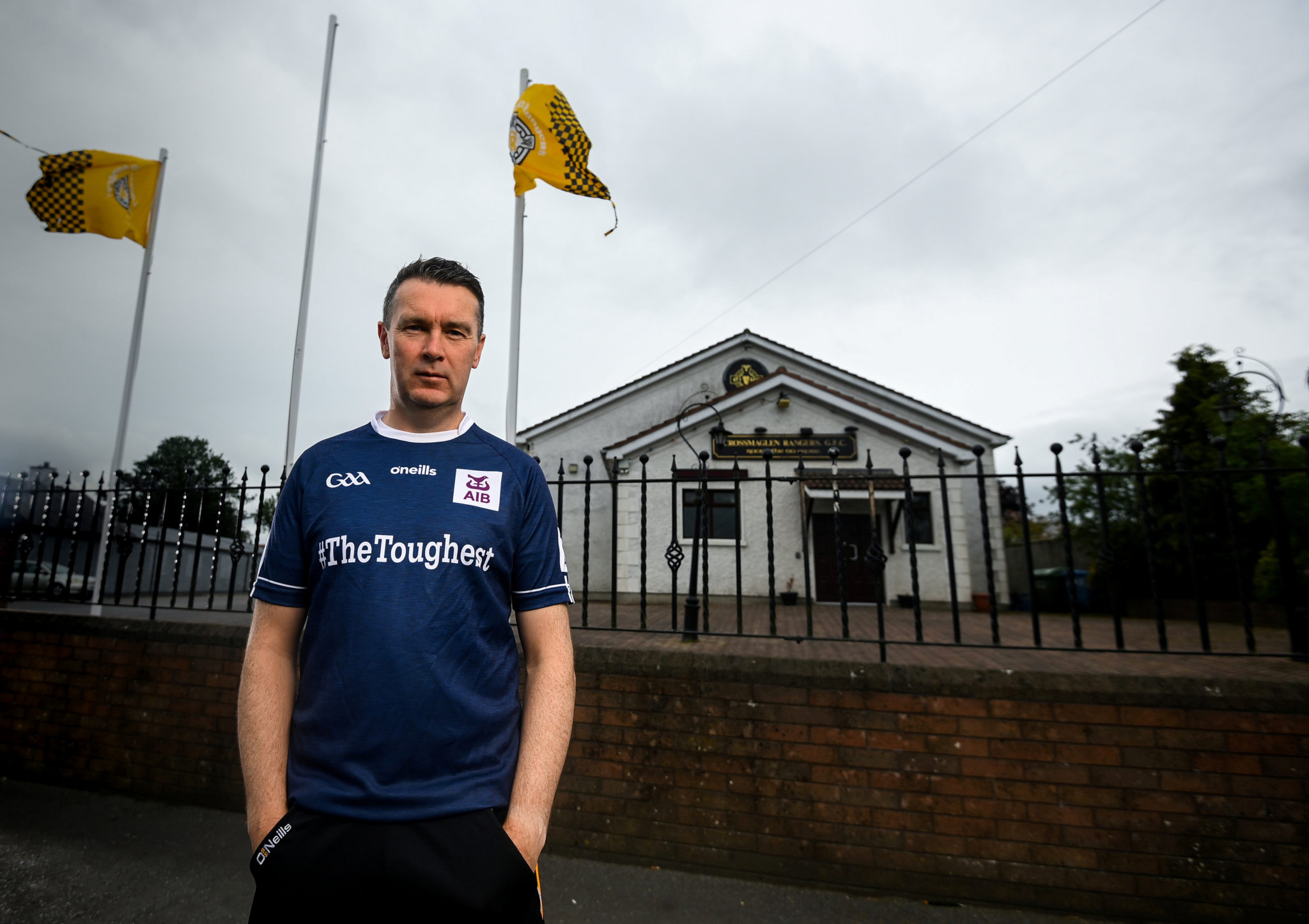 “When you look at what’s happening at club level, it’s much more than just the players. It involves so many people, it means so much to so many people. We’ve heard it all about volunteers before, but anybody who is in a club will realise just how important those volunteers are. It involves a whole community.”

When McConville was appointed Iniskeen manager last December, he would never have imagined what the next six months had in store. However, although it may have been an unwelcome situation, the Monaghan club are enjoying an uptake in numbers and renewed enthusiasm upon their return to training.

It was pretty obvious when I drove into the car park, three was a lot of lads already there, for a change! We are probably up to 42 players over three pitches. Guys were maybe thinking, 'I don’t know if I have another year in me,' but it’s a very short year and people are willing to give that commitment. All those things, the numbers on the pitch, the enthusiasm of the players to just get on with it.

It’s an ill wind that doesn’t give you some sort of positive – there’s a lot more players playing and they are willing to work hard for it. That short period of time, club players aren’t hanging around, it’s a small window and I think people appreciate that.

Given the unique nature of this year's schedule, McConville also feels that it's also an opportunity for impressing county managers that club players would have not have been afforded in a normal season:

"With the way things have gone, if you are an inter-county manager and you are looking at a player who is in form who maybe you haven’t looked at, maybe a younger guy or a guy who has called it a day at inter-county level. To have someone playing well at the right time of year is worth its weight in gold so I imagine you will see a lot of that – maybe one or two in each county where players have just come in to form, they have been electric throughout the club championship, they are introduced straight into the county panel.

“A lot of guys will be looking at this not just as an opportunity to perform well for their club but as a stepping stone to go on and represent their county.”