'It Is An Embarrassment' - Cavanagh Criticises Tipperary And Cavan's Relegation

Tipperary and Cavan's relegation to Division Four is cause for "embarrassment", according to former Tyrone footballer Sean Cavanagh.

The Munster and Ulster provincial champions came out on the losing side of their Division Three relegation play-off last weekend. Cavan lost out to Wicklow 3-11 to 0-18 while Tipperary were beaten 1-13 to 0-9 by Longford.

Cavan relegated to division 4 🙈can anyone explain that one to me?

It comes after both sides contested All-Ireland semi-finals last December.

Speaking on RTE's League Sunday, Sean Cavanagh was forthright in his assessment: "It is an embarrassment."

They had last summer which was amazing. Cavan and Tipperary winning, all the nostalgia that went with it. Totally deserving provincial champions.

"To go to Division Four for teams that are very proud and on that high, it is a serious indictment on the county. They will be sore." 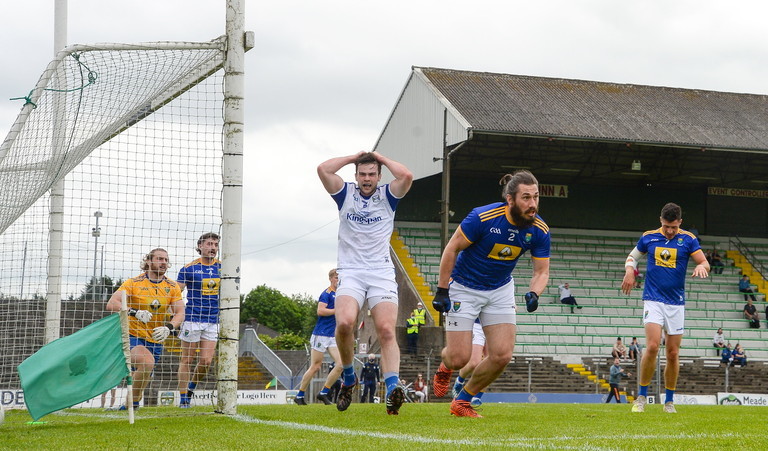 For Mickey Graham's outfit, it is their third relegation in a row. They did comfortably beat Longford last month and only lost out to Fermanagh by a point. The Breffni county must now recover for their clash with Tyrone in Omagh on July 10.

Tipperary meanwhile will play the winner of Clare vs Kerry on the same date in the Munster Championship semi-final.

It will take another huge shock for both provincial champions to avoid a disappointing 2021.

SEE ALSO: Limerick's Awesome Trap And How To Beat It

GAA
3 months ago
By Andrew Dempsey
Jim McGuinness Has No Sympathy For Ronan McNamee After Red Card
GAA
3 months ago
By Maurice Brosnan
The Open Secret To Dublin's Success Might Be A Cliché, But Ignore It At Your Peril
GAA
4 months ago
By Maurice Brosnan
Limerick's Awesome Trap And How To Beat It
Popular on Balls
GAA
21 hours ago
By PJ Browne
All-Star Keeper Manages Scotstown To Monaghan U15 Title
GAA
22 hours ago
By PJ Browne
'He Held The Room For 7 or 8 Minutes, There Wasn’t An Eyeball Off Him'