Durrow beat Gracefield by eight points to claim the Offaly Senior B Football Championship title in Tullamore on Sunday afternoon.

With just under 10 minutes to play, and Durrow leading by five points, the ball fell at the feet of Jack Fogarty after a long ball forward from Gerry Spollen.

Fogarty cut inside but rather than picking up the ball, the number 19 dribbled it past two Gracefield players before rounding goalkeeper Conor Sheedy and striking the ball to the net as he fell to the ground.

"A goal!" declared the Faithful TV commentator, "Well, we might see it in the San Siro or the Aviva Stadium... What a fantastic goal!"

Unconfirmed reports that Jack Fogarty and his agent are jetting off for high-level discussions with @FCBarcelona.

For now, enjoy his goal for @DurrowGAA in yesterday's Offaly Senior B Football Championship final. pic.twitter.com/ieA5a1iO2t

The game was overshadowed by Durrow manager Shane Curran, the former Roscommon goalkeeper, stepping aside from his role on the evening before the game. Curran tweeted that there was 'blatant disregard to public health' being shown by the game going ahead, claiming that there had been two positive Covid-19 tests in the Durrow club.

In a statement released by the Offaly county board, it was said that no Durrow senior player had tested positive for Covid-19. There had been a positive test connected to the club and a senior player was identified as a close contact. The statement added: "This player was subsequently tested and received a negative result. As per HSE Guidelines, this player must restrict his movements for 14 days." 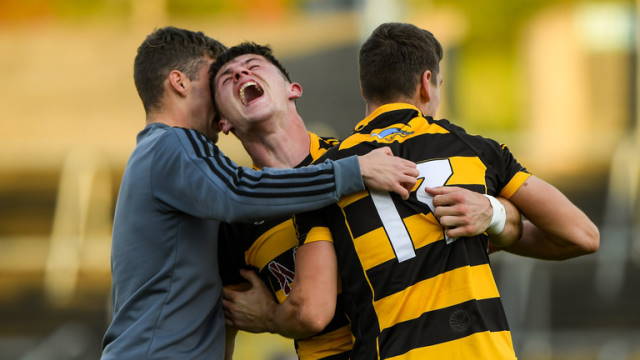