Jack McCarron was the hero for Monaghan as they maintained their Allianz Football League division one status with a dramatic extra-time victory over Galway in their relegation playoff on Sunday.

With the scores level at Monaghan's 1-20 to Galway's 2-17, and the game three minutes into injury time at the end of extra-time, McCarron landed a monster point with the last kick of the game.

When the ball dropped into the hands of Galway goalkeeper Connor Gleeson just moments earlier, it appeared the game was about to tick over into a penalty shootout. However, Galway contrived to concede possession and give McCarron his chance.

"I just got the ball, turned in a wee bit of space, put the head down and tried to get a good strike on it," Man of the Match McCarron told TG4 after the game.

"Fortunately, it just went over the bar. I didn't really know there was that little time left."

Incredible score from Jack McCarron to win the game for @monaghangaa in the dying seconds of extra-time of the Allianz Football League Relegation Play-off! #GAANOW pic.twitter.com/oUuPk8OIDs

There had been major drama at the end of normal time too when three points down, Monaghan got a vital goal through Darren Hughes. Matthew Tierney put Galway ahead from a dead ball, but Conor McManus then stepped up to score the equaliser for Monaghan and send the game to extra-time.

"Darren came on, got a great goal," said McCarron.

"We got a wee bit of momentum at the end of normal time. We brought that into extra-time.

"We weren't really happy that we went a point or so down in extra-time. We clawed that back again. We showed great character to come back twice in that game.

"It was very hot out there today. I didn't really expect the game to go to extra-time. It's all about a wee bit of grit and determination that we have, and we showed that in spades today."

The last few minutes of Monaghan vs Galway were manic. 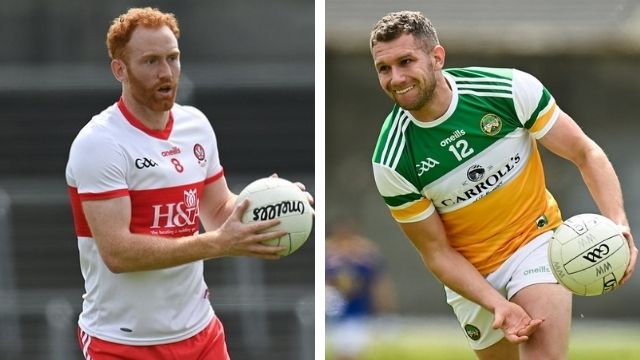