Jack O'Connor says that Tony Brosnan and Jack Savage "volunteered" to make the trip from Tralee to Templetuohy to play for Kerry in the McGrath Cup against Tipperary on Wednesday evening. The pair played for the Kingdom just hours after starting for MTU Kerry in the Sigerson Cup against UCD.

Brosnan scored 1-4 and Savage 0-6 in MTU Kerry's victory over UCD in Tralee, a game which threw in at 2:30pm. They then made the 190km trip to the Moyne-Templetuohy grounds for the 7pm start.

Both players entered the game with around 15 minutes to play. Brosnan scored two points as Kerry won 1-23 to 0-5. Paul O'Shea, who also lined out for MTU Kerry on Wednesday, was named among the Kerry substitutes.

"We played every sub that we could have, even a couple of the boys that played Sigerson today in Tralee," Kerry manager O'Connor told reporters.

"They wanted to be part of it, and came up. We gave them the last 15 minutes there, which was nice for them. It just tells you the competition for places, and the attitude of the lads.

"They wanted to be involved. I didn't ask them to come up at all. They volunteered themselves. That's great to see. Those lads are mad to get every minute they can in a Kerry jersey, and that's great."

O'Connor said that it was "a long old journey" to Templetuohy, "especially from South Kerry where I come from. It was three-and-a-half, or more, hours".

The McGrath Cup final between Cork and Kerry has been moved to January 22nd. It was initially scheduled to be played this weekend.

"We've no big problem with it," said O'Connor.

"[Cork manager] Keith Ricken is right. There was a lot of pressure on young lads with colleges fixtures and that. It will give a few more players the opportunity to be involved in the final." 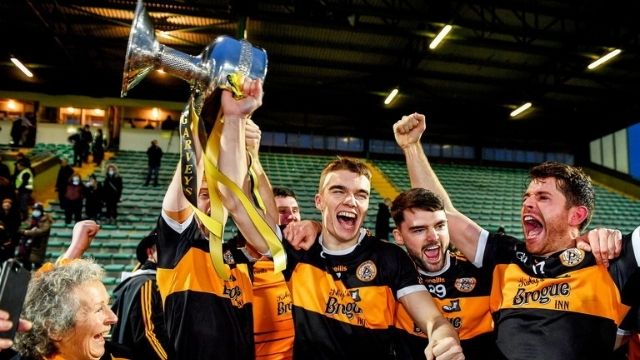