Jack O'Connor faced the media in Tralee yesterday for the first time since being ratified as Kerry manager for the third time.

O'Connor famously stepped down as Kildare manager in the wake of Kerry's loss to Tyrone in the 2021 All-Ireland football semifinal.

Most GAA supporters were under the impression that Jack O'Connor left Kildare because the prospect of managing Kerry again was simply too alluring.

O'Connor himself spoke in sentimental terms about the Kerry post on the Irish Examiner's GAA podcast in the wake of the Kingdom's loss to Tyrone, just days before resigning as Kildare manager. “Of course, there is an allure there. Who doesn’t want to coach Man United? There is that allure because of the tradition."

In his resignation statement, O'Connor didn't mention the allure of the Kerry job, but instead said the commute from south Kerry was a contributing reason for his decision.

A round journey of over eight hours from St Finans Bay to Newbridge and back takes its toll and I felt this was unsustainable for the coming season.

O'Connor's decision blindsided many in Kildare as media reports in the week before the All-Ireland semifinal between Kerry and Tyrone claimed that O'Connor had signed up to complete the final year in his three-year term.

As fate would have it, the Kerry County Board decided not to offer Peter Keane a second run at Kerry manager following the Tyrone loss, and interviewed for the position. Jack O'Connor - suddenly unaligned to any county - could now interview for the role he held twice. His management team was ratified Monday night.

Speaking last night, O'Connor shed even more light on his decision to leave Kildare. The decision had little to do with the allure of the Kerry job or the commute to Kildare, he said, but rather to changes in the Kildare backroom team.

"I left because my management team had basically broken up. Coach (Emmet McDonnell), selector (Brian Murphy), and the S&C guy (Ross Dunphy) were unavailable for the coming season. When I weighed it all up I didn't have the energy to continue in Kildare.

"The people that mattered to me - the county board and the players - knew that I was struggling to commit for another season."

It would seem the numerous reports about Jack O'Connor staying on in Kildare were presumptuous and O'Connor had doubts about another year in Newbridge after the loss to Dublin in the Leinster final. O'Connor now embarks on a truly fascinating and pressure-filled season with little margin for error. 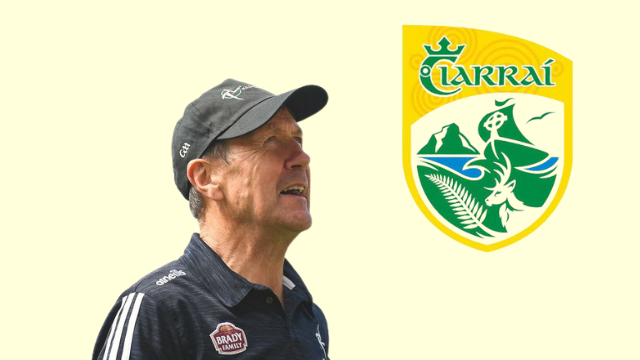