Jack O'Connor has departed his role as manager of the Kildare footballers.

The Kerryman - who won three All-Irelands as Kingdom manager - had just completed the second year of what was planned to be a three-year term.

In a statement, O'Connor cited the long commute between his home in South Kerry and Kildare as the main reason for stepping down.

O'Connor leaving the Kildare post will certainly add to the doubt surrounding Peter Keane's future as Kerry manager. Keane's three-year term as manager ended following the All-Ireland semi-final defeat to Tyrone last month, and he will have to be reappointed for his time in charge to continue.

Speaking on the Irish Examiner's football podcast following Kerry's loss against Tyrone, O'Connor admitted that the job he has held twice before still appeals to him.

"Of course, there is an allure there," he said. "Who doesn’t want to coach Man United? There is that allure because of the tradition."

"After two challenging but very enjoyable years I have decided to step away from managing the Kildare senior football team," said O'Connor.

"This was a very difficult decision for me and one that I agonised over during the past few weeks. I have been made feel very welcome during my time in Kildare and I have worked with some great people up here. However, a round
journey of over eight hours from St Finans Bay to Newbridge and back takes its toll and I felt this was unsustainable for the coming season.

"I'd like to thank the Kildare County board for putting faith in me two years ago. As a management we worked incredibly hard since then to improve the standards in Kildare. The first year was about overhauling the panel and introducing alot of good young players and this year was about building on that and making tangible progress. Getting promoted to
Division one was crucial for the future development of this team as was reaching a Leinster final and giving the young players a taste of the big day. I hope that the management can build on this and make further strides in the years ahead.

"A big thank you to my backroom team who worked very hard to ensure that the Kildare team was well prepared. Their selfless dedication was inspiring to see. Most importantly I'd like to thank the players for the respect they showed the management and for their total commitment to the Kildare jersey. These are a great group of young men, and the journey is only beginning for them. I look forward to following their progress in the years ahead."

O'Connor added that his two sons, Eanna and Cian, who had played with the Moorefield club in Newbridge for the last seven years, have also returned home to Kerry, and this was another factor in his decision to step down. 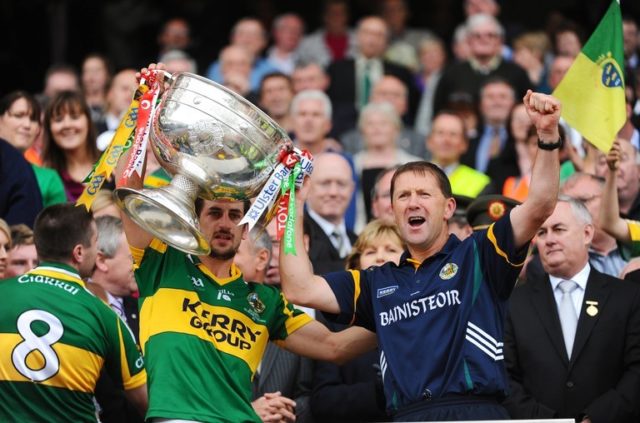 In a statement, Kildare GAA said:

"Jack had previously indicated that the personal impact of the commute from South Kerry was taking its toll but that his desire was to continue in the role and to build on the progress achieved over the previous couple of years. To this end, he and his Management Team were at an advanced stage of planning for 2022 but he has now decided not to stay on for a third year.

"Mick Gorman, Kildare GAA Chairman, has emphasised the importance of building on the achievement of gaining promotion to Division 1 of the Allianz Football League for 2022 whilst recognising that we also reached this year’s Leinster Final, our first since 2017.

"Mick Gorman continues: "We hold Jack in the highest esteem and the impact of his experience, influence and commitment as a manager will leave a lasting impression. We wish Jack the very best of luck in his future endeavours. He will always be welcome here in Kildare." 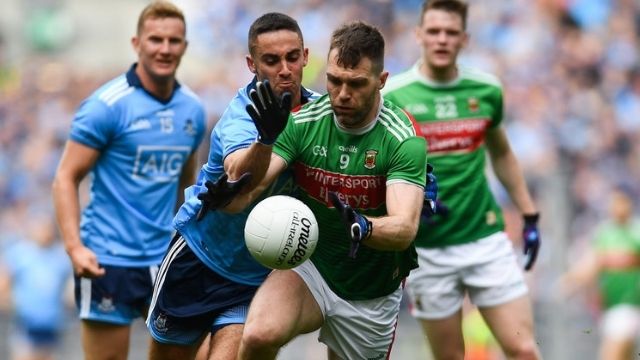 GAA
1 day ago
By PJ Browne
'A Few Of Us Saw Him The Night Of The Banquet. He Slipped In And Out'
GAA
1 day ago
By PJ Browne
Vikki Wall Committed To Meath, But Not Ruling Out Future Move Down Under
GAA
2 days ago
By Jonathan Byrne
Laois County Board Investigating Wild Brawl At Senior Football Match
Popular on Balls
Football
17 hours ago
By Eoin Harrington
Watch: Caoimhín Kelleher Penalty Save Helps Liverpool Through To EFL Cup Fourth Round
Football
20 hours ago
By Jonathan Byrne
The Battle Of Old Trafford: Roy Keane On Why Arsenal 'Crossed That Line'
Football
22 hours ago
By Andrew Dempsey
Shay Given Reveals 'Horrendous' Contract Offer That Forced His Celtic Departure