Speaking from her hospital bed in 2003, an ailing Sheila O’Connor urged her son not to take the Kerry manager’s job. “They’ll be giving out to you,” she said. She wasn’t wrong.

But such was the desire and ambition within Jack O’Connor, he took on the challenge regardless. He won two All-Irelands in a three-year period before stepping away in 2006. And then he did what no other Kerry manager had done before him: he came back for another roll of the dice. One more All-Ireland followed in 2009 and after three unsuccessful attempts at bringing Sam back to The Kingdom once again, he resigned the role for a second time.

This seemed to signal the end of the Dromid native’s involvement with the Kerry seniors but, in September, when the county board went searching for a possible replacement for Peter Keane, O’Connor’s name was in the mix. He spoke publicly of the “allure” of the Kerry job even after all these years, he quit as Kildare manager, and the man who broke with history by returning once, set a new record by returning twice.

O’Connor’s career path is unique amongst Kerry football managers but it is not without precedent in GAA circles and further afield. Here’s a look at some fellow bainisteoirs who kept coming back for more. 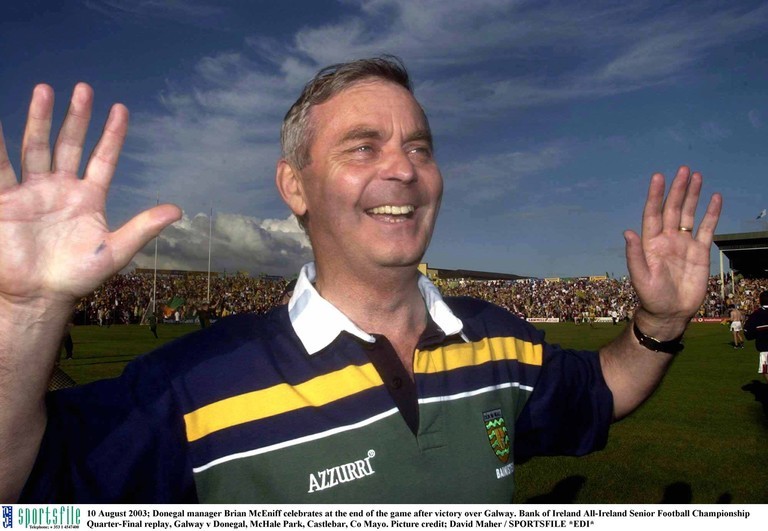 Over the course of 60-plus years of service to Donegal GAA, Brian McEniff managed the county’s senior footballers on no fewer than five separate occasions. After guiding the Donegal minors for a couple of years, he was asked to take charge of the seniors in 1972, despite still being a player. McEniff led his side to their first ever Ulster title, picking up an All-Star award for himself in the process. Donegal repeated the trick in 1974 with McEniff at half-back in their victory over Down.

He was sacked in 1975 and, after a brief spell as a selector with Sligo, he returned for another year at the helm in 1977. The St Joseph’s man was drafted in for a third time in 1980 and despite winning the county’s third provincial title in 1983, he was dismissed again in 1986.

Losing the same job three times might deter some mere mortals but McEniff was not finished there. When Donegal lost the 1989 Ulster final, he took a fourth run at the job and this fourth stint would prove to be the most memorable. McEniff’s side won Ulster in 1990 and again in 1992, and that second triumph was a springboard for the county’s first every senior All-Ireland football title which arrived later that year.

He resigned in 1994 but, incredibly, he came back for a fifth time in 2002. By this stage McEniff was chairman of the county board and when he couldn’t find a suitable candidate, he stepped in himself. Donegal reached the All-Ireland semi-final in 2003 but this was the era of Armagh and Tyrone. He stepped down for the final time in 2005. 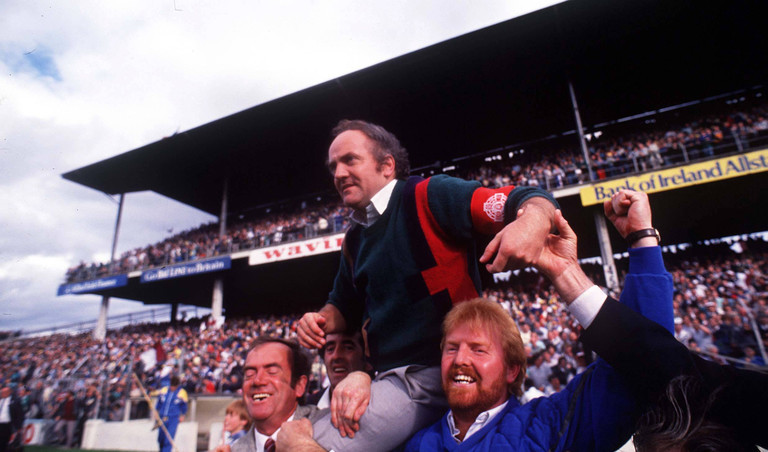 Perhaps better known to younger generations as a pundit on RTÉ, Cyril Farrell forged a fine managerial career for himself in the eighties in particular.

Farrell took over the Galway hurlers as a 30-year-old in 1980 and in his very first year the team won the All-Ireland, ending a 57-year famine that had included nine final defeats.

The school principal came back for one more crack of the whip in the mid-nineties but this period proved to be less successful.

“The first time around there was nobody telling you how to win All-Irelands because nobody had won it,” Farrell later told the Irish Independent.

Unfortunately for Farrell and for Galway, they were unable to replicate the glory days of the eighties and the three-time All-Ireland winner called it quits for good in 1998. 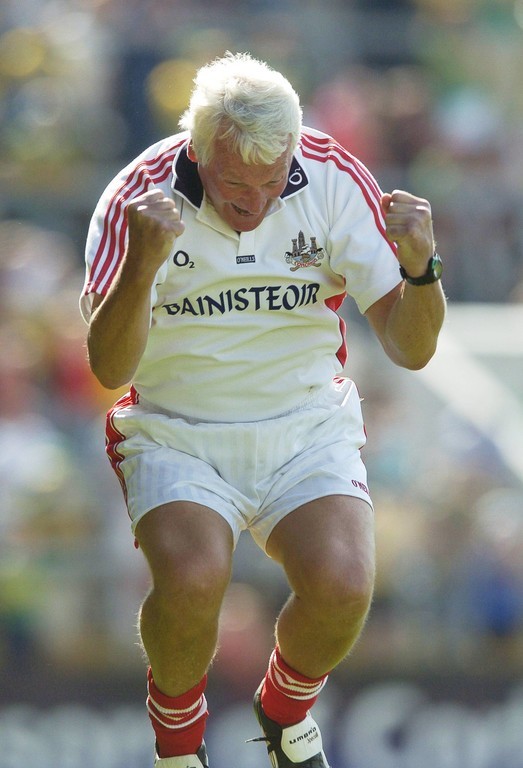 At the end of a distinguished playing career with the Cork footballers that included five Munster titles and an All-Ireland in 1973, Morgan took on the role as player-manager for the 1981 season. Cork exited the championship at the hands of the four-in-a-row-chasing Kerry machine and Morgan stepped aside.

He returned on a full-time basis in 1986. Kerry had just completed another three-in-a-row to take their tally that decade to five out of seven so the task facing Morgan was a monumental one. The Nemo Rangers legend met the challenge head on, however, and over the next number of years he oversaw a tremendously successful period for Cork football. The Rebels became the dominant force in Munster and won consecutive All-Irelands in 1989 and 1990.

Morgan resigned in 1996 after Kerry reclaimed the Munster title for the first time since 1991.

In 2003, 22 years after he first took up the role, Morgan came back for a third spell as Cork manager. Although Cork did defeat Kerry in the 2006 Munster final after a replay, The Kingdom invariably had the last laugh during this era. Jack O’Connor’s team beat Cork in the 2005 and 2006 All-Ireland semi-finals and then Pat O’Shea led Kerry to a resounding victory over Morgan’s side in the 2007 All-Ireland final.

A number of managers from other sports have returned for three or more spells with the same team.

In soccer, Netherlands boss Louis van Gaal is a prominent example. After successful stints at Ajax and Barcelona, the Dutchman took over as national team coach in 2000.

His first reign would prove to be short-lived as Mick McCarthy’s Ireland beat the Netherlands to second spot in their qualification group for the 2002 World Cup in Japan and Korea. It was the first time the Oranje had failed to reach the World Cup since 1986. Van Gaal resigned in January of 2002 and was replaced by Dick Advocaat. 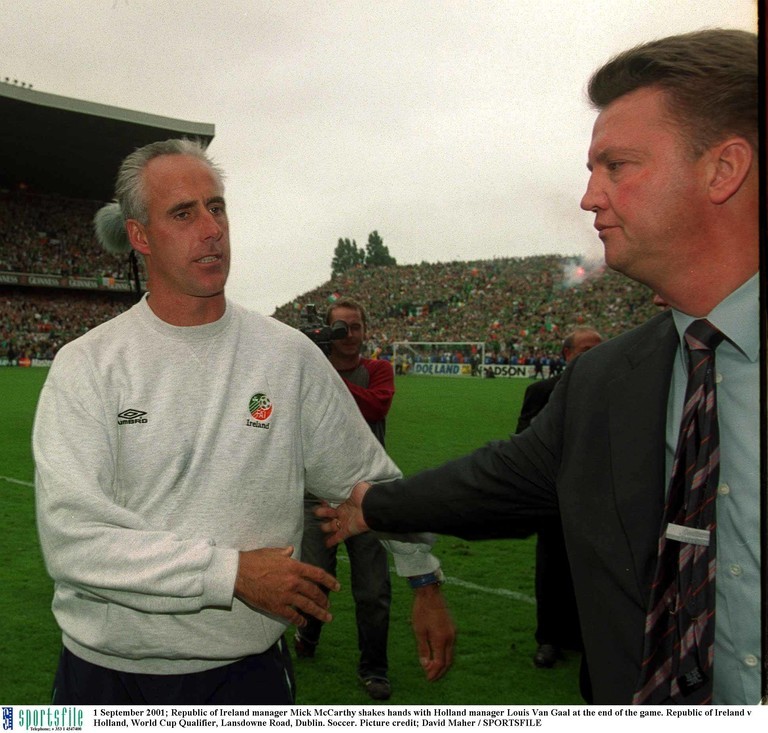 Van Gaal’s second term would also prove to be short, although it was more successful. This time he would guide the Dutch to the semi-final of the 2014 World Cup where they suffered a penalty shootout defeat to Argentina. He walked away in the aftermath of the tournament.

In August, the former Manchester United manager came back for his third try, replacing Frank de Boer in the hot seat.

Englishman Howard Kendall had three stabs at managing Everton, with varying results. The first spell (1981-1987) was by far and away the most successful as he masterminded a glorious period that included two league titles, an FA Cup and a Cup Winners’ Cup. His second and third stints were more about avoiding relegation than winning trophies and he stepped away for the final time in 1998 after his side just about stayed up on the final day of the season.

Billy Martin managed the world-famous New York Yankees on five separate occasions between 1975 and 1988. Martin was a fiery character and he endured a tumultuous relationship with team owner George Steinbrenner, with each of his five terms ending on poor terms.

“As a manager, Martin developed a reputation as a genius who could turn almost any kind of team into a winner,” writes Nick Acocella of ESPN. “But he was also considered a long-term disaster whose erratic personal behavior, usually because of drinking too much, and his inability to handle veteran players or young pitchers led to early dismissals.”

In spite of his personal issues, Martin led the Yankees to victory in the World Series in 1977.

On the balance of things, it seems as though managers returning for a third spell does not lead to success all that often, although there are some examples of guys who keep coming back and achieving success time after time. Which category Jack O’Connor falls into remains to be seen but one thing is for certain: taking the road less travelled will not bother him in the slightest. 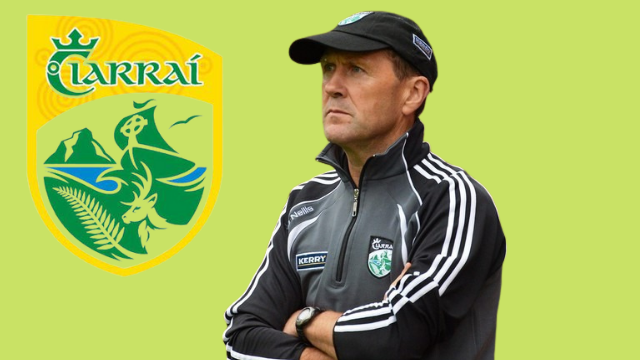 GAA
1 year ago
By PJ Browne
'They're Just Clearing The Decks For Inter-County. It's Become An Elite Association'
GAA
2 years ago
By Gary Connaughton
Watch: 74-Year Old Billy Morgan Gushes After Yet Another Sigerson Triumph
GAA
3 years ago
By Maurice Brosnan
Billy Morgan Tips Tomás Ó Sé For Controversial Managerial Role
Previous Next