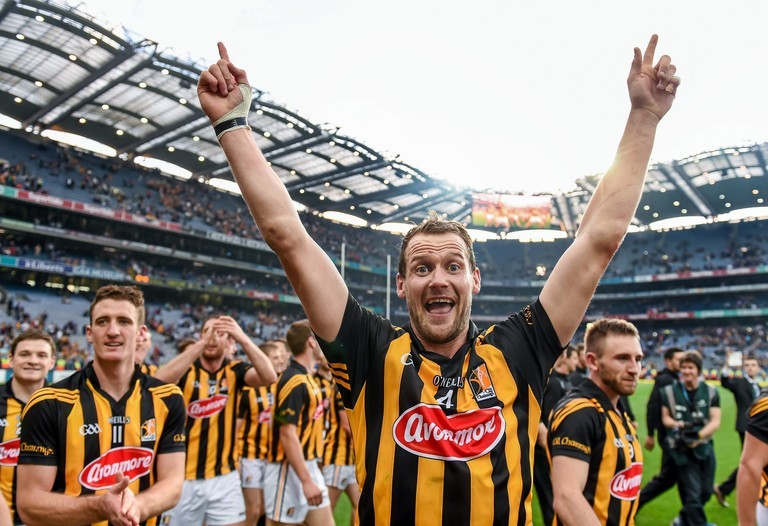 This week saw the issue of doping and drug testing within the GAA again raise it's head. It was revealed that Kerry's Brendan O'Sullivan had tested positive for a banned stimulant - methylhexaneamine. Seemingly O'Sullivan did not willingly take the prohibited substance, but he served a suspension of 24 weeks beginning in April of last year.

This has prompted a wide discussion in the media this week on players with GAA players speaking of their own experiences with drug testing. Philip Jordan wrote in his RTÉ column about how he was only tested three times, during his inter county career, which lasted a decade.

Jackie Tyrrell's experience is a little more 'unusual' to say the least. Writing for The Irish Times, Tyrrell describes how he was tested after the 2013 League Final against Tipperary, but time wasn't on his side. After downing litres of water, Tyrrell was struggling to urinate, and so asked the tester had he any tips. After a quick exchange, Tyrrell, still dressed in his Kilkenny tracksuit, found himself headed in the direction of the pub, which happened to be rammed with Kilkenny and Tipperary supporters.

Once, after the 2013 league final in Nowlan Park, my name was picked out and I went with the tester to the little room and started lashing water into me. An hour later, I was getting nowhere. I asked the tester if he had any tips.

"Well,” he said. “I’ve found that some guys go quicker if they have a beer. Is there a pub close by?"

So we headed around the corner to McGuinness’s, a pub jammed with Kilkenny and Tipp supporters. I was still in my Kilkenny tracksuit. People were looking at me half-cut, wondering what the hell I was at. I went up and ordered a pint of Guinness, my tester beside me all the way. Three-quarters of the way down the pint, I turned to my man and said, “I’m good to go here.”

And we walked out of the pub and back to Nowlan Park.

GAA
4 days ago
By PJ Browne
Will O'Donoghue Happy To See Limerick Club Players Lining Out With Kerry
Hurling
5 days ago
By Balls Team
A Tribute To GAA Players Who Looked Significantly Older Than Their Age
GAA
5 days ago
By PJ Browne
Being An Antrim Hurler Put Sambo McNaughton At Top Of UDA Hit List
Popular on Balls
Rugby
1 day ago
By Colman Stanley
Bundee Aki Apologises For Confronting Ref After Connacht Concede Late Try
Football
1 day ago
By Gary Connaughton
Report: Newcastle United Lining Up Move For Euro 2020 Star
Snooker
8 hours ago
By Gary Connaughton
Ronnie O'Sullivan Couldn't Get Over Stunning Mark Williams Escape Shot
Rugby
2 days ago
By Jonathan Browne
Who Is Karl Martin? Meet The Young Drogheda Man Making His Debut Against Leinster