When the idea was floated before last Sunday's semi-final against Kerry, few were convinced that Aidan O'Shea was really going to be moved into Mayo's full-back line.

Was the perpetual fear of Kieran Donaghy so great as to influence Stephen Rochford's tactical plans in such a dramatic fashion? Yes, apparently.

However, the man who has previously led Mayo to two unsuccessful All-Ireland finals ultimately believed the gamble didn't pay off:

I don't think it worked during the game. I did think Kieran had a very big influence in how Kerry got a draw. He got on a lot of the ball. 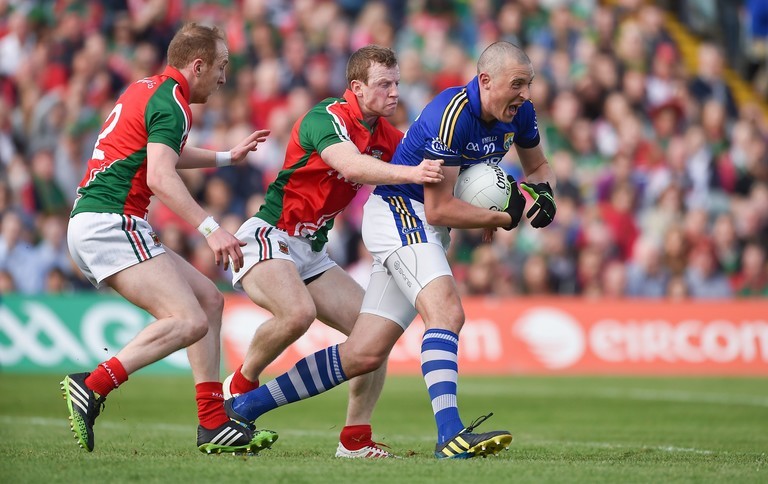 For Gaelic football's self-appointed innovator, Horan is curious as to whether Rochford will attempt the same ploy again:

It's a real interesting one for Stephen now. Do you go with that again? Aidan O'Shea and the management team could have worked on it during the week and figured it out a little bit better and maybe he can get tighter or stay with Kieran or whatever it is.

While O'Shea's overall defensive performance would require some noticeable improvement for the replay, Horan clearly believes that Mayo's own 'Star' is capable of making these improvements.

Yet, while many analysts suggested Rochford had essentially robbed Peter but for forgot to pay Paul, Horan is wary of what Mayo inevitably lost given O'Shea's absence going forward.

After a drawn game in which Mayo scored a solitary free over 75 minutes, Horan feels that the Breaffy man being further up the pitch could prove vital this weekend.

If Aidan O'Shea was out there driving like he was, we would have won a lot more frees, running at Tadhg Morley, running down the centre of defence and maybe keeping tabs on David Moran as well.

Ultimately, there is 'more to gain' from O'Shea going forward according to Horan, and he believes that greater emphasis has to be directed toward Donaghy's role when he has the ball, rather than focusing quite so maniacally on stopping him in the first place.

See Also: 9 Game Championship Odyssey - How Much It Costs To Be A Mayo Fan In 2017