Mayo football manager James Horan has described as "bonkers" suggestions that there is a rift between him and team selectors Ciarán McDonald and James Burke.

"No, is the answer, and I didn't realise this was happening," Horan told Midwest Radio when asked by host Tommy Marren if something happened between him and his management during the All-Ireland final defeat to Tyrone last month.

"A couple of my mates highlighted it to me. I find it incredible. The amount of untruths that were published on this is just phenomenal.

"Ciarán Mac, James Burke and myself have been working over the last number of weeks to plot and plan for the new season, and that's really where we need to be.

"So stories generated or whatever is actually incredible. When some people take a breath and reflect on some of the stuff that's been written, they might wonder themselves.

"Ciarán Mac has been in my house, I don't know how many times. We talk maybe four or five times a day, plotting and planning on what we can do, even more so [since the All-Ireland final].

"I know there was a clip that was sent round of James Burke saying something to me. There was a couple of 100 people behind us. It was a little bit noisy, so I asked James to repeat what he said, and that was taken out of context.

"To me, it's bonkers. That was published and then people ran with it based on absolutely nothing. It's a complete untruth. I can't control that. I can't do anything about it. 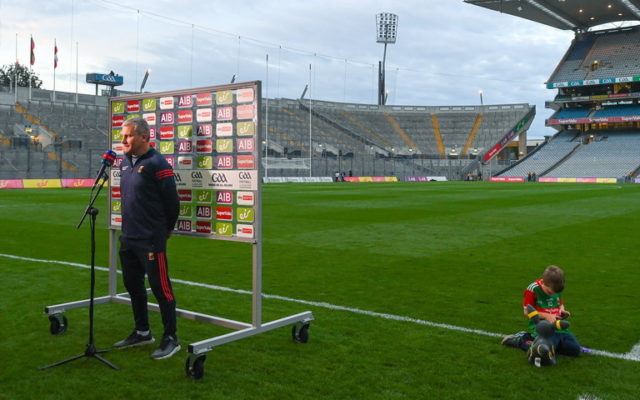 11 September 2021; Mayo manager James Horan is interviewed for TV, as his son Eoghan plays on the pitch beside him, after the All-Ireland football final defeat to Tyrone at Croke Park. Photo by Ramsey Cardy/Sportsfile

Asked if it would be unusual for a selector to sit in the stand rather than be beside him on the pitch, Horan said: "He's not allowed to stand beside me on the sideline. There's multiple GAA rules and conditions.

"There's five of us there involved in selection and picking of the team, and we go through everything and we agree on whatever needs to happen.

"But if the five of us were standing in one position, we'd have the same view. So we have people sitting in different positions, which, if you think about it again, makes logical sense.

"I haven't come out and said anything because there was nothing really to say because there's so much stuff going on.

"I was always going to sit with the county board. We had a full review, a very good meeting, very constructive meeting.

"Ciarán was with me. We sat down and we went through and how we can be strong in 2022. I was always going to do that before I speak anywhere else so that that clears the air."

Horan added that the abuse directed at Mayo players on social media is "just not right".

"It's someone somewhere sitting down behind a computer, saying something," he said.

"When you put it into context, you try and shelf it that way and just move on.

"Your gut reaction would be, 'If I meet that fellow, I'd love to say what actually happened'. Was it was a Churchill that said, 'If you stop and throw a stone at every dog that barks, you'll never get anywhere'." 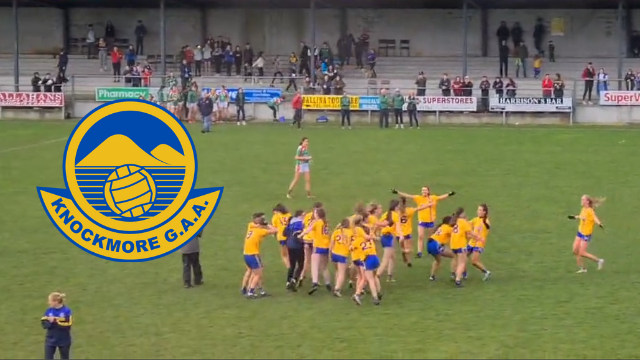