Antrim hurling has been in the doldrums for quite some time, but there are plenty of signs that the county are quickly getting back to where they belong.

Many were unsure of how they would fare on their return to the top tier of the National Hurling League this year, although such doubts are certainly well behind them.

Not only can they now add a draw against Wexford to their victory over Clare earlier in the campaign, but the Ulster team also acquitted themselves very well in the losses to Dublin and Kilkenny.

Backed by a passionate home crowd, the result against Wexford earlier today ensured their status in the division for 2022 with a game to spare. Their attentions are now set to turn to a Leinster quarter-final against Dublin in the coming weeks.

Midfielder James McNaughton was named man-of-the-match for his efforts this afternoon, giving a brilliant interview to TG4 after the game.

We've always believed since we were in the Joe McDonagh last year that this is where we belong, in Division One. We're just happy we can go out and show it here, showcase out here against Wexford and go out and get the draw.

Even the first day against Clare, we went out and knew we had a big task on our hands, but we went out and showed the whole of Ireland that we're back where we belong now...

We've got a real professional setup now with Darren [Gleeson] coming in three years ago. He has come in and put the foundations there, we always had the players but didn't really have the buy-in for the senior setup or the underage setup.

Now that we've got all the best player in Antrim hurling for us we're really showing what we can do...

We know we are where we belong and we're happy to be here. It's brilliant, it's hard to put words to it.

It's definitely fair to say that this Antrim side are a team on the rise, with the attitude shown by McNaughton the perfect example of that. 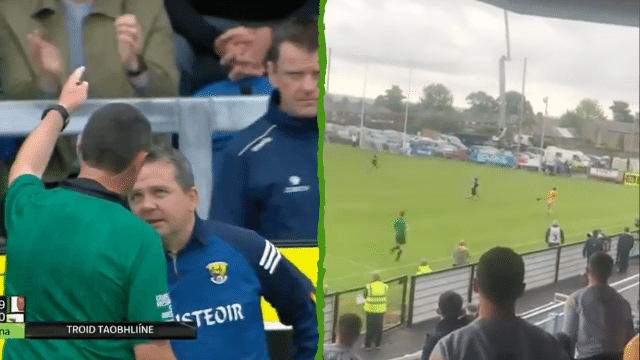