Earlier this month, Jamie Barron was part of the Waterford team which fell short against Galway in the All-Ireland hurling final. His build-up to that game was less than ideal: Barron contracted a virus which had him laid up in bed and kept him out of a couple of training sessions. More than three weeks later, Barron feels a little too much was made of his illness - he doesn't believe it affected how he played.

Neither has it been detrimental to his energy levels since. Players often say returning to their club after an All-Ireland loss aids recovery from defeat. That's a notion which Barron has wholeheartedly embraced.

His club schedule since September 3rd has been manic. A week after the game, Barron lined out for The Nire against Stradbally in the Waterford Senior Football Championship. It was a game his side lost to a Stradbally team starring another Deise colleague: Michael 'Brick' Walsh. The Nire are not out of the competition yet, they will play Gaultier for another chance to progress. 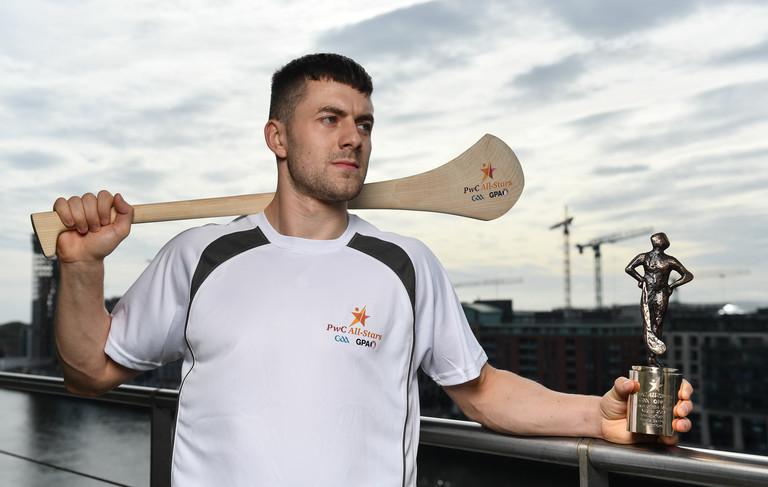 On the pitch for Waterford this season, Barron was tireless. Even this late in the GAA calendar, his engine clocks the miles with ease.

Last Saturday, Barron played for Fourmilewater in a defeat against Passage. A day later he lined out for UCC as they drew against Sarsfields. He played the full 60 minutes in both matches. The Sarsfields game came a week after the college had taken a major scalp against Midleton; Fourmilewater had felled Roanmore a day earlier.

This week sees Fourmilewater play Portlaw on Thursday and then UCC line out for the replay against Sarsfields on Saturday. "I'll get a day of rest!" declared Barron with a smile.

"It's intense but sure what about it. You'd rather be playing matches than training. It's grand like. The body is holding up okay at the moment anyway. Hopefully, no injuries or anything and we'll be alright."

The UCC team is one packed with young stars. One of those is inter-county and club teammate Conor Gleeson. Barron and Gleeson are in the same boat, stopping at all the same ports. "Sure we travel everywhere together. The two of us get on great sure, best friends. I think Conor loves it as much as anyone, he loves playing and training."

Also on that UCC team is Mark Coleman - like Gleeson nominated for Young Hurler of the Year - his Cork compatriots Darragh Fitzgibbon and Colm Spillane; Tom Divine from Waterford and Michael Breen from Tipp. It's a formidable outfit.

Yeah, we've a lot of county players I suppose yeah. I think when you can get them all together is probably the hardest thing. I think the way that the club is probably a bit later now being played off, the lads that are out of their own club at home and actually have the time to invest in UCC, so that's actually been a big benefit to us up there.

The possibility of winning a Cork SHC medal, somewhat of a novelty for a Waterford man, has been embraced by Barron.

It's my last chance to play with UCC. It'd be absolutely fantastic if I was able to [win a county championship], I never won a Fitzgibbon, so this is my last chance to win any medal with UCC. It'd be absolutely fantastic if we could win it. But I suppose that's a little bit away yet, we're in the quarter-final replay now so we'll take it from there.

Pictured is Jamie Barron of Waterford after being presented with his PwC GAA/GPA Player of the Month Award at a reception in PwC Offices, Dublin.

See Also: Andy Moran Puts To Bed Questions About Why He Was Subbed In The All-Ireland Final

GAA
2 weeks ago
By Balls Team
From Camels To Croke Park: Marty Morrissey In Pictures
16