Mary Immaculate College won the Fitzgibbon Cup on Saturday in Pearse Stadium against DJ Carey's IT Carlow on a scoreline of 3-24 to 1-19. It was a great effort for IT Carlow to get to the final after they dramatically put away UCC on Friday. But the really amazing backstory to Mary I's win was their manager, Jamie Wall. Only four calendar years ago he was playing in an All-Ireland under-21 football final for Cork. A year later he found himself wheelchair bound after an abscess on his spine left him paralysed from the midriff down.

So it really is quite a journey for Wall to now be lifting the Fitzgibbon with his old college having defeated a team led by one of hurling's greats. 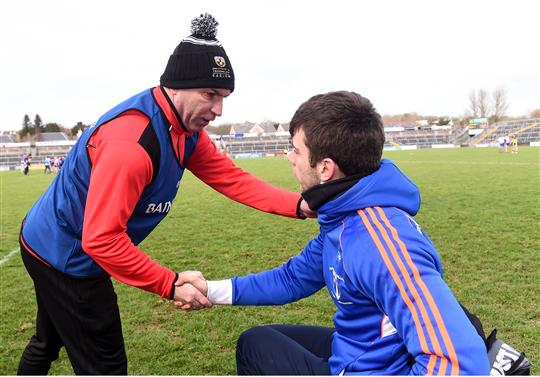 Jerome Quinn captured the moment when the final whistle blew (around 45 seconds in).

Blown away by that display and the response and messages. Incredibly proud of our group, management and players. They are a special bunch.🔷🔶

Before (the illness) my dream was to win an All-Ireland, now my dream is to be part of a group of people who are looking for a way out of the wheelchair and a cure. I suppose that's my new All-Ireland.

As a Fitzgibbon-winning manager at the age of just 24, who's to say he won't be lifting Liam McCarthy one day, perhaps as manager of Cork?

After the game, he spoke to Quinn about the quality of this Mary I side and how he had got them into shape.

Evolution, rather than revolution, was kind of our motto in terms of dealing with this team. And look, I suppose you could say it worked!