In a fascinating chat with Ryan Tubridy on the Late Late Show, former Cork hurler and footballer Jamie Wall spoke openly about the impact of his paralysis and his approach to life since his playing career came to an end.

Wall had just played for Cork in the Munster intermediate hurling final in June 2014, when days later he was hospitalised with severe back pain. Later doctors explained to him that an abscess had formed around his spine, leaving him paralysed from the waist down.

That week there had been a slight, like you said - a niggle is the perfect word for it, just a niggle in my back and like anyone who plays sport, you kind of don't really have a definite reference point for that pain. As the week was going on it grew a small bit and grew a small bit. By the Friday it was quite significant...

One of my last memories before real panic set in was, I had this thought in my head that 'oh, it's just because you've been lying with my legs up. If you get up and put a bit of weight on your legs you'll be okay.' I remember distinctly getting up and going to stand and I momentarily stood, and then 'bang'. The last thing I remember is the floor coming up to meet me as my knees buckled and I hit the floor.

I was in the ambulance heading to Beaumont and there was this oxygen mask or painkiller, I just remember the fear of this pain coming back, because at this point it was excruciating. When I think about that pain now, it's one of these things that I could never have imagined that level of pain before that, and even now having experienced it, I almost can't imagine it again. 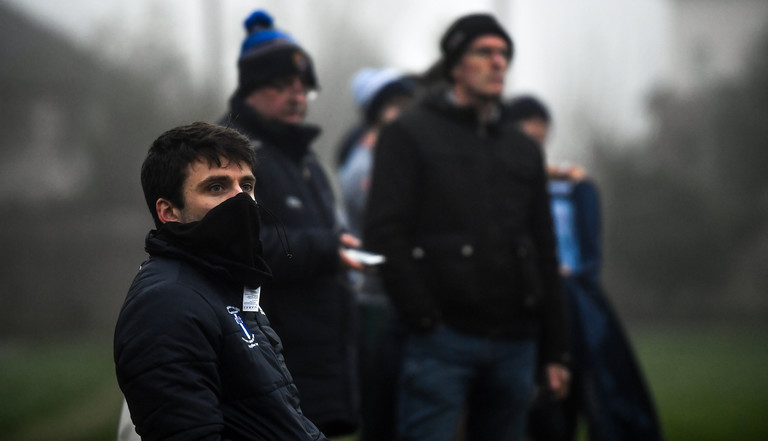 In the interview, Wall was very honest about the struggles he endured during his rehabilitation, and how those experiences have helped shape his approach to life since the devastating injury.

I can pinpoint moments where the reality of my situation shone through. When I was still in Beaumont, it was the All-Ireland hurling semi-final, Cork were playing Tipp in 2014. My aunt in Dundrum brought me out to her house for the day, I was able to have a nice dinner and watch the match on the telly. I remember watching it and having a great day...

I remember coming back into the hospital in Beaumont and it was at the end of a long, good day and it all just came rushing at me. It just hit me like a tonne of bricks and I remember, it was one of the few times that I really broke down...When I think about why I broke down that day, I think it only dawned on me later that on some subconscious level maybe I realised how far I was in that moment from where I wanted to be. Because I had literally been watching guys at the apex of top-level sport, with 60 or 70 thousand people at Croke Park and they're tall and they're strong...then I'm looking at myself and I'm inside in a hospital bed and I'm a million miles away from it.

In the years since, Jamie Wall has re-built his GAA career as a coach, and his story is an inspirational one for anyone facing adversity.

The coaching thing just happened really naturally. I remember, if that Tipperary-Cork moment is like there (a low), almost the opposite point is the morning of the 2016 Fitzgibbon Cup final which is the first Fitzgibbon where I was a selector working under Eamonn Cregan. And I remember waking up in my house in Cork and the final was in CIT and I was just feeling sick with nerves and worry, and managing a cup of coffee and breakfast being put in front of me and almost getting sick, and driving up in the car thinking 'this is unreal, I've missed this so much'. Because I hadn't cared about anything as much as that. That feeling of being alive...That was the day I was like 'I have to be involved in this, in some way, this is what I have to do, this is what gets me out of bed in the morning'.

Wall was also open about his future ambitions as a coach, with the Cork Senior Hurling team being the ultimate aim for his career on the sidelines.

"That trajectory is obviously something that as an ambitious person...I want to do the best I can. I've gone back to college, I've started studying law...obviously with my coaching, I want to do well. But I also know, there's so much I have to learn and to get better at it. It might be more than five years but obviously something like that is the aim."

"I have to be involved in this in some way. This is what I have to do"

The remarkable Jamie Wall @JamWall7, speaks about how he adjusted to paralysis and going on to manage his home club to victory. #LateLate pic.twitter.com/Nrtdm5svZ6