Patrickswell beat Adare by two points in the Limerick Senior Hurling Championship quarter-finals on Sunday. Though, late in the game, it had looked to be Adare who were heading for the last four.

The team of Limerick captain Declan Hannon led by three points with normal time almost up.

It was then that the game became the Jason Gillane Show for Patrickswell.

The younger brother of two-time All-Star Aaron Gillane hit four consecutive points to give his side the lead. Jason is also part of the Limerick panel as one of their reserve goalkeepers behind Nickie Quaid.

"Jason is unbelievable," teammate Cian Lynch said after the game.

"He's inside with Limerick, in goals, but he can do stuff like that there in the last five minutes. What did he get, four in a row?

"I was saying to him afterwards that all he had to do was throw the ball up, hit it, and it'd go over. He's brilliant, and has a great attitude."

The 0-20 to 0-18 win means that Patrickswell will face reigning champions Na Piarsaigh in the semi-finals, while Doon will play Kilmallock in the other last-four game.

(Forward to the 5:04 mark below to see Jason Gillane's heroics.) 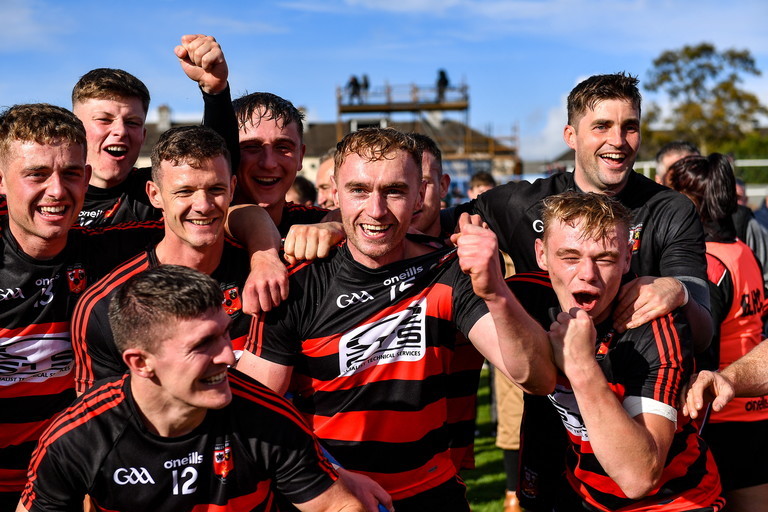