Experiencing All-Ireland Final day at Croke Park is really something special. 82.000 are packed in, filled with nerves, excitement and anticipation for the season's decide. But there's also the pageantry of the occasion.

The Jubilee team celebration is one of the highlights of the day for supporters and one of the great traditions of the occasion. Nerves and tribalism are put aside for just a few minutes before throw-in to honour the All-Ireland champions of 25 years before. It's an element of the day that more should be done with, with video packages of highlights and full TV coverage. But even so, it's a great occasion to honour a group that had their special day so many years before. 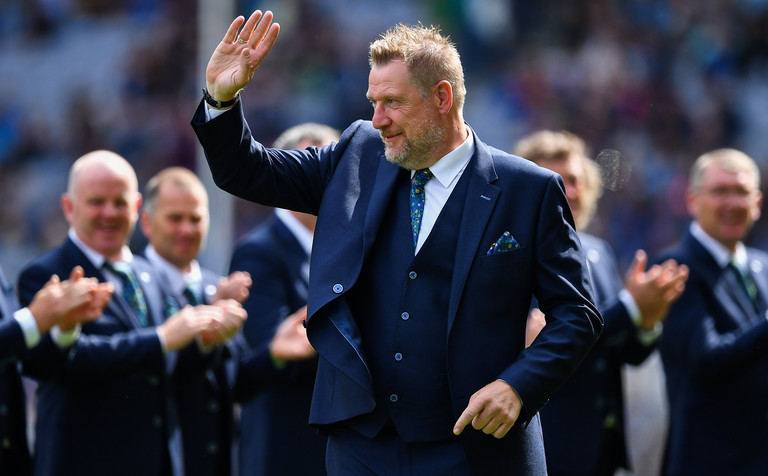 2020 was going to be a special one for the Jubilee teams, celebrating two breakthroughs. The Clare 1995 team ended an 81 year famine in their county, and Dublin ended a 12 year wait in football, and capped off a half a decade of heartbreak and near misses by finally getting over the line. |

Unfortunately, the original dates for this year's All-Ireland finals have passed without the opportunity for either team to gather and celebrate their achievement. Who knows how it will play out in December, but it's almost certain neither team will get their moment in front of 82,000.

Yesterday was anniversary of Dublin's famous win over Tyrone and there was much love for the '95 team that sits proudly in the middle of two barren spells for the count in terms of Sam Maguire. We noted with interest that the undoubted star of that summer, a 19-year-old Jason Sherlock, was enjoying celebrations in a swapped Tyrone jersey, with one member of the Balls team questioning whether swapping jerseys is something you'd regret after winning an All-Ireland.

Incredibly, the same thought must have occurred the Tyrone full-back that day, Chris Lawn. Last night on Twitter, Sherlock posted a picture of his jersey that he received in the post from Lawn, the recipient of the swap all those years ago. Lawn attached a truly wonderful letter with his gift.

On our 25th Anniversary,it was quite the surprise to receive this in the post from @chriko21 A really classy gesture from a classy Gael 💙❤️ pic.twitter.com/vmvnbDi9TT

It was an incredible gesture from Lawn, a great of Tyrone football, who would go on to be part of the panel that won the county's first ever All-Ireland titles in 2003 and 2005. 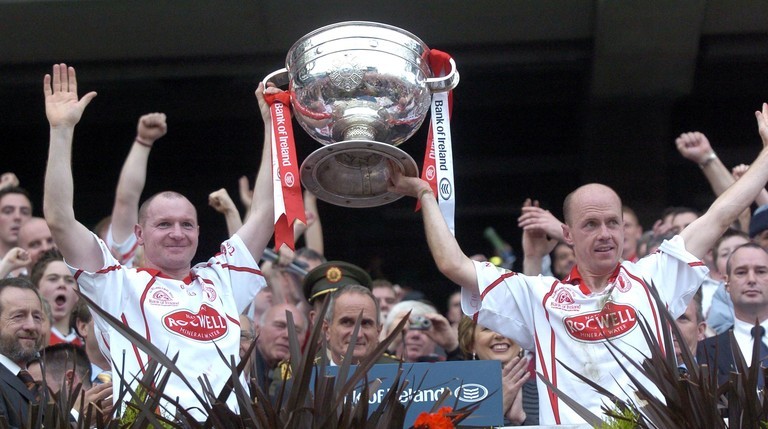 Though certainly a cliché to point it out, the gesture illustrates the camaraderie, friendship, and memories created by GAA, something that the Jubilee presentation is supposed to encapsulate. We'd say this was a worthy replacement. 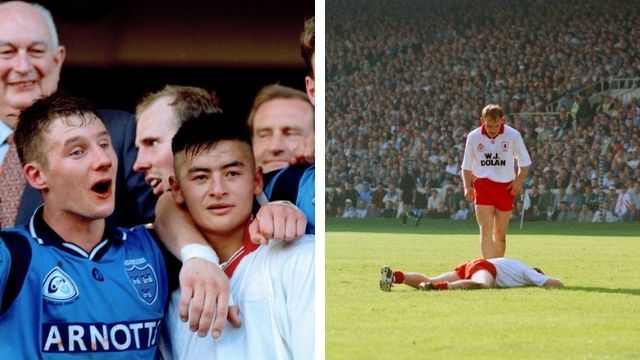