Jim Gavin accepts that there will always be rule changes in Gaelic football. However, he does not understand the logic behind some of the most recent ones, particularly, the forward mark.

"I think that was the wrong step," the former Dublin manager told the Am Seo Podcast with Jonathan Courtenay & Diarmuid Connoll‪y‬.

"We’re only one rule away from the game becoming Australian Rules on a rectangular pitch.

"If we introduce tackling, as in a rugby tackle, what difference is there from Aussie Rules? You can call a mark from a kick-out, call a mark both offensively and defensively once it’s kicked into the scoring zone. You introduce an Aussie rules tackle, what's the difference?

"There is a fine line and of course we want to promote skills and the kick-out mark has been good but the reason they introduced that was because they weren’t enforcing the tackle. The tackle isn’t that well defined in football. That’s the root cause of it.

"So why are guys when they win a kick-out being mauled? It’s because they can get away with it, it’s because the tackle is so ill-defined. There is a little bit of work to be done on that.

"I don't want to be too critical of them because they've done a phenomenal amount of work and research. Give me the root cause and then I'll give you the answer."

Gavin, the assistant director of the Irish Aviation Authority, continued:

"I don’t think we have gone in deep enough to see what the root cause is of a particular style of play."

See Also: Jim Gavin Offered To Resign As Dublin Manager At End Of Every Season 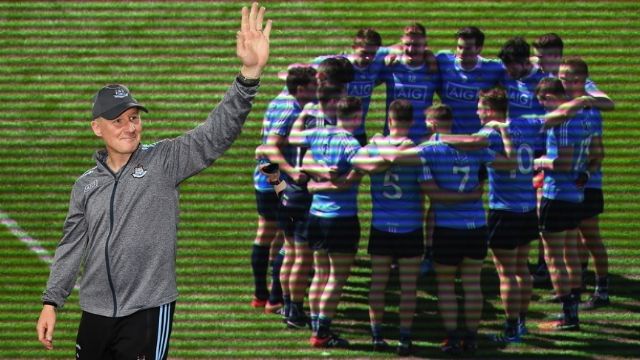 GAA
2 days ago
By Michael McCarthy
Quiz: What GAA Counties Do These Celebrity Namesakes Represent?
GAA
2 days ago
By Gary Connaughton
5 Of The Most Ridiculous Rule Changes Trialled By The GAA
GAA
5 days ago
By Gary Connaughton
7 Things Club Players Are Dreading About The Return To Training
Popular on Balls
Rugby
22 hours ago
By Eoin Harrington
Mike Brown's 16-Year Harlequins Career Is Over After Stamping Ban Issued
Other Sports
23 hours ago
By Balls Team
12 Of The Most Cringeworthy Moments In Sporting History
The Rewind
19 hours ago
By Balls Team
The 5 Best Irish Accents By Foreigners In Cinema History
The Rewind
19 hours ago
By Donny Mahoney
The Best And Worst British Media Coverage Of The Ballymurphy Verdict