Jim Gavin and his management team offered to step down from their roles with the Dublin senior football team at the end of every season.

Gavin managed Dublin for seven seasons, winning six All-Ireland titles. 2014 was the only year the Dubs failed to win the Championship with him in charge.

"The philosophy was always player-driven, giving the player the power to think for themselves," said former Dublin footballer Diarmuid Connolly, speaking to Gavin on the Am Seo podcast.

"I know a lot of the media portrayed us a very robotic team, but it was never like that. You always said the guys in the dressing room should come up with their own systems, their own sort of plans - you always said that you wanted to be a facilitator.

"Most managers previous to you were like, 'I'm the boss here and what I say goes'. You were never like that. When you came in the first time, it was always like, 'If I'm not doing the job to the standards that you require, then get rid of me'. It was always like that. I think you said it every year for the whole time you were there."

Gavin stepped down as Dublin manager after winning the five-in-a-row with a replay victory over Kerry in 2019.

"When I started, when I had Deego (Mick Deegan) and Mick Bohan there to Jay (Sherlock) coming in 2015 and Deccy (Darcy) was with me the whole way... Every year we’d stand up and say, ‘If we’re not serving your needs fellas, just say, 'Jim, you’ve lost your energy''. Get rid of me, as such," said Gavin.

"But it worked both ways. I’d say to the players, ‘I feel that, it’s just not for you this year,’ or ‘You’ve lost a bit of focus on what’s required at this level. Go back to the club and try and hit the reset button’.

We are live !!! The Jim Gavin Episide is live now.... here’s the iTunes link https://t.co/nNmKWO2Uu9

See Also: "Getting The Edge" Culture Makes It Unthinkable For Teams Not To Break Rules 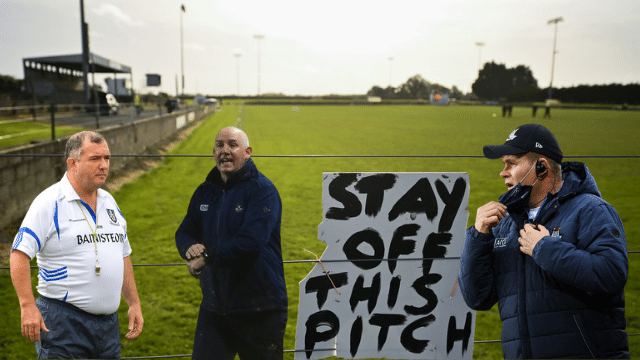