The last manager to beat Dublin in the All-Ireland championship is back in the headlines again, after a video emerged over the weekend of Jim McGuinness running a training drill with the Galway senior footballers.

Excited football fans the length and breadth of the country spent Sunday afternoon sharing around a clip that had a strong stench of  "These Galway lads feckin' mean business." Was this a once-off or is he now part of the Galway set-up? Speaking to the Irish Mirror, Joyce said it was a "no-brainer" to get McGuinness in for a session but when asked about the possibility of him being involved again this season, he didn't rule anything in or out.

The clip that has been doing the rounds seems like a fairly simple handpassing drill, albeit the players look to be going like the hammers of Hell. And that intensity is worth noting in the context of McGuinness' immediate analysis of Galway's defeat to Dublin in the 2018 All-Ireland semi-final.

Two years ago, Galway had enjoyed a successful year under Kevin Walsh but fell to a nine point defeat to the Dubs in the last four of the championship. At times, however, they showed glimpses of their ability to rattle Dublin, trailing by just two points at half-time and they could have led if it wasn't for a missed first half penalty.

McGuinness was working as an analyst for Sky Sports at the match and spoke afterwards about the lack of championship intensity Galway showed for much of the game.

After Peter Canavan highlighted a sequence of play in the 56th, when Galway players pulled off a series of heroic blocks, McGuinness said:

That's the exception, rather than the rule.

For me, in championship football, that should be every single play. The exception should be when you are half-hearted, what we used to call the 'hope-you-miss' mentality: pushing out with your hand out hoping the guy misses. There is too much of that going on, too much shadow tackling going on.

That was championship mentality, but that was the 56th minute. So that's the problem I've got with that.

We have to redefine this word, intensity. To bring in that level. That's what it should be from the first minute from the last.

Fast forward to October 2020 and the Tribesmen are being spoken about as genuine contenders for the All-Ireland. They've surely now got the crown for the longest time spent atop division one of the national league ever - albeit because of a pandemic - and their new style of play is one that has even got a lot of neutrals excited.

And, if they are to beat Dublin and whoever else might stand in their way, then that intensity McGuinness spoke about in 2018 will be vitally important. As he put it earlier on in the same semi-final broadcast: "If they are to go to the next level, they need to be more ruthless in everything they do. For me, [championship intensity] it's about every single thing you do."

Galway's Allianz League clash with Mayo this weekend, will be an even more interesting one.

See Also: What If: Jim McGuinness Never Got The Donegal Job? 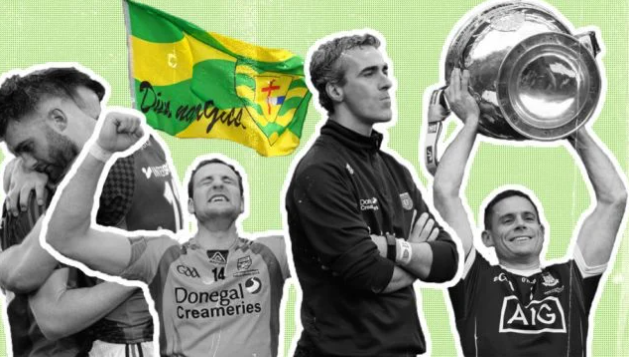