'They're In Phenomenal Shape. The Young Lads Have Grown Into Men'

The conditioning of the Kerry players was one of the standout impressions for Jim McGuinness during the Kingdom's 3-22 to 1-11 victory over Clare in the Munster Championship.

Kerry legend Pat Spillane said recently that the work of Jason McGahan, Kerry's Head of Athletic Performance, was coming to fruition. The eight-time All-Ireland highlighted the physical development of his two nephews, Adrian and Killian Spillane, both of whom played against Clare.

"One thing for me that stood out from tonight is Kerry's conditioning. They're in phenomenal shape. There's absolutely no doubt about that.

"The young lads have grown into men. Their strength and power, and running power [is very good].

"Everything from [number] eight up is top, top quality."

Kerry went into the second water break nine points ahead, but having scored just two points after half-time. In the final quarter, Kerry powered away from Clare, scoring 2-9.

McGuinness said there are still plenty of question marks about this Kerry team, their kickout strategy being one in particular.

"They're ticking a hell of a lot of boxes that puts them in the position to say they're contenders for this year's All-Ireland," said McGuinness.

"That's why we're zeroing in on one or two other things, because they are the tiny things that possibly that could get jammed coming down the stretch against a top, top team. That's basically it.

"From a Kerry point of view, they'll go home, try to zero in on where they feel will be the marginal gains will be found.

"It's very fine margins, and that's what it is for two, three, maybe four teams in the country."

?A piece of magic from Paudie Clifford to pick out Seán O'Shea for Kerry's first goal! pic.twitter.com/hyi095ZS7j

Kieran Donaghy outlined how a game against Clare is often a can't win situation.

"I don't think there are going to be any huge change of opinions on Kerry after today," said the former Kerry footballer.

"Kerry had a job to do today. I've played against Clare many times in the Munster Championship. It's always a tough game, depending on where they're at.

"If you don't go out and perform well, the Kerry public are asking questions, 'You're not moving well. What's happening? Are ye overtraining?' They all have theories.

"If you go up and play really well, and put them to the sword, there's the other side of it: 'They were no good. Ye should be doing that all the time'. It's a tough place for Kerry, this type of game."

See Also: 'He Was Playing A Good Bit Of Soccer, He Wasn't Playing As Much Football' 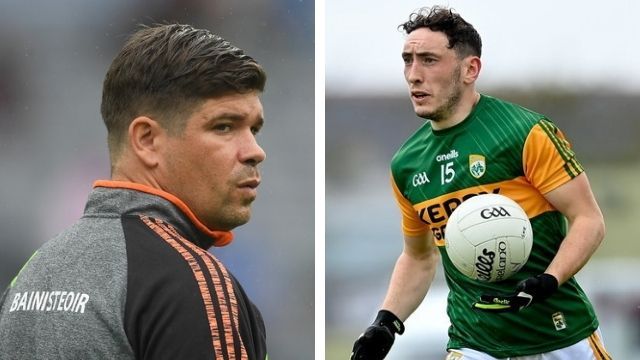