After what seemed like a couple of years of a reprieve, we are back to one issue dominating the narrative around Gaelic football: championship structures.

Some of the hammerings handed out in this year's provincial championships have once again whetted the appetite for genuine change in the way the competition is run, with a number of possible changes on the table.

There are a couple of proposals the GAA are set to consider later this year.

One of them would see the championship split into four groups of eight teams, with the provincial championships becoming pre-season competitions. 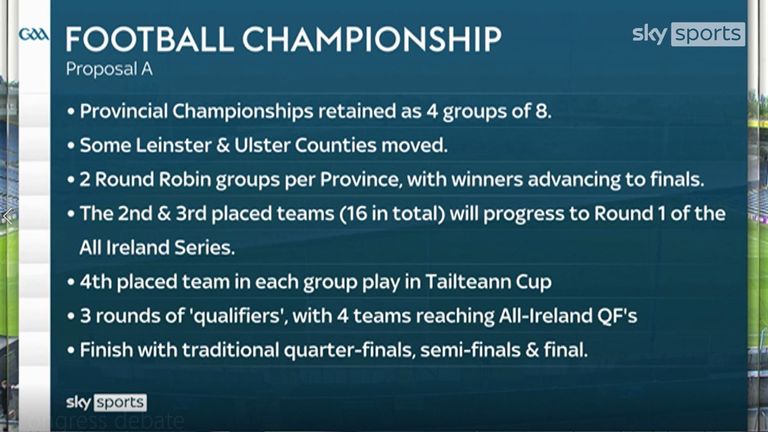 The other proposal is a bit more confusing.

It essentially suggests linking National League rankings to championship status, with once again the provincial championships having no relation to the All-Ireland series. 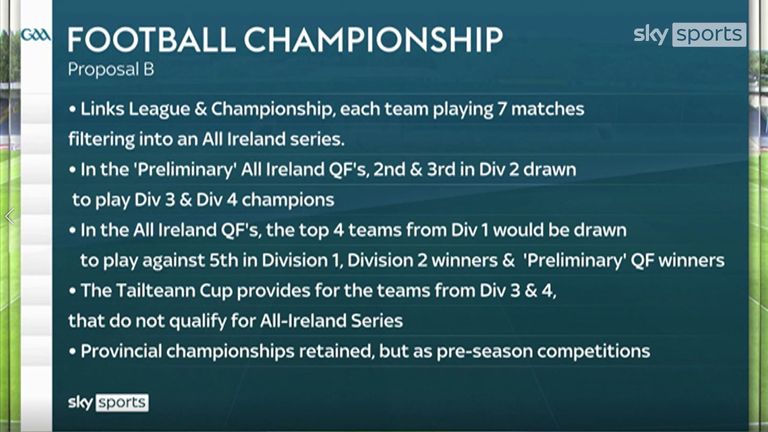 Neither of those options seem all that appealing, with Joe Brolly suggesting an intriguing alternative.

Under his proposal, one which was first suggested by former GAA President Sean Kelly, we would have a two tier system that would still see the provincial championships have an impact on the All-Ireland series. It would also make the league more competitive by linking it to a seeding system for championship.

Speaking on BBC's The GAA Social, he laid out how all of this would work.

There will be two tiers, lets say the 'Sam Maguire' and the 'Bomber Liston' or 'Páidí Ó Sé', you've got to give it a bit of star quality.

The finals would be played one after the other on All-Ireland finals day. You've got to afford them the same respect, that is absolutely critical...

You link them: the top 16 teams would compete for Sam and the bottom 16 in the other.

The top six teams in Division 1 (of the league) would be seeded 1-6. The two promoted teams from Division 2 would be 7 & 8, so there's a big incentive for them.

Number 12 would be the winner of the 'Bomber Liston' from the year before. If you win it, you're guaranteed to be in the top tier the next year and you have the confidence of winning a competition in front of 80,000 people...

The final four places in the top 16 would be for the provincial championship winners...

If the four provincial winners are already seeded, then it's the top 15 league teams, the next four in Division 2.

The provincial championships would be their original knockout format, then the All-Ireland series would start and that would be knockout as too. Eight games in each tier, but you strive to get seeded...

From the quarter-final stage on, the second tier would be played as the curtain raiser to the first tier. Every game would be given the same respect in front of the big crowds...

The prize for the second tier winners would be a team holiday and a guaranteed place in next year's Sam.

The seeding aspect here is a little bit complicated, but this proposal seems like a more desirable option that the two the GAA are currently looking at.

It would retain the provincial championship as a key part of the summer, while also allowing teams to compete at their own level in important games.

Brolly suggested a couple of other tweaks such as allowing the lower seeded teams to have home advantage against their stronger opponents, or even using this format in a three tier system.

We certainly wouldn't be against hearing this one discussed further. 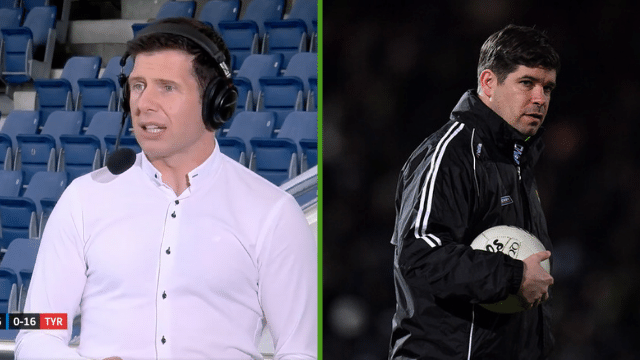