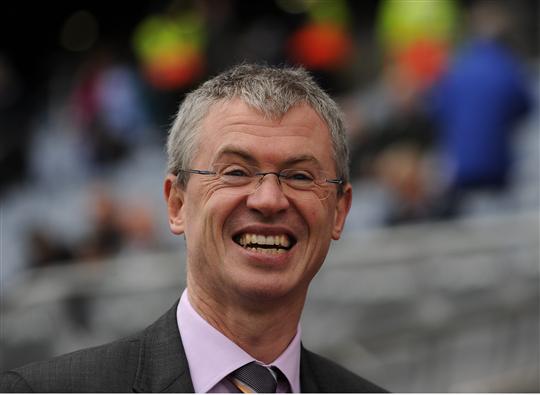 Despite much baiting and prodding on social media, Joe Brolly kept his counsel on the monumentally depressing Dublin-Derry game on Saturday evening.

On 2FM's Game On, Brolly, who never misses a Derry game, announced he will not be going to their matches in future.

He also told of how up to seven or eight underage St. Vincent's left the match at half time, recounted his son's post-match reaction ('that was a pile of shite, Daddy, wasn't it?')

On Mickey Harte's claim that footballers and managers are not in the business of entertaining, his response was somewhat blunt.

Well then fuck off and play behind closed doors if you're not in the business of entertainment. Have you ever heard such a perverse thing?

He has met six or seven of the Derry players since Saturday and described them as 'sheepish' about the performance. He said they 'hate' having to play that way.

He mocked 'younger pundits' who like to paint defensive matches as 'intriguing' spectacles.

I don't miss a Derry match but I refuse to go anymore. I just think it's an affront.

Brolly said the Derry manager Brian McIvor was fairly apologetic and cringing after the game. He has a straightforward message on that point.

Brian McIver, the Derry manager, after the game on Saturday night, he was apologising, he said 'Well we don't want to play this way, I know it's awful to watch'. Well then don't play that way!

He traced the rot back to Jim McGuinness' Donegal team.

I call it footballing myxomatosis. Jim McGuinness introduced it in 2011 and we saw it in the Dublin-Donegal semi-final that year.

This rollicking display can be gotten on the RTE Radio Player or here. Fast forward to 29 minutes for Joe.