Canning Explains Why He Had To Turn Down Shefflin's Galway Call

Joe Canning says he would have loved to work with Galway manager Henry Shefflin, but physically he is no longer able to play at inter-county level.

In January, Shefflin disclosed he'd had chats with Canning about doing a U-turn on his inter-county retirement.

"Obviously, when he gets in your head, you'd love to work with him, but physically, I couldn't," Canning said on Wednesday at the launch of the Bord Gáis Energy GAA Legends Tour series at Croke Park.

"I'd say there were lads retired five or 10 years, and they'd say, 'Jeez, I'd love to be still playing and work under Henry Shefflin'.

"The body just wasn't able for it - that's basically it. No matter who you are, you always want to work with the best hurler there ever was.

"We actually had conversations. I was talking to him a few weeks before he ever got announced as Galway manager or was ever in the running for it. He knew my situation from then.

"I would have loved to stay on. I just can’t. That’s the be-all and end-all. Jesus I’d love to be playing still. I’d love to play for the next 10 years if I could, but I’m physically not able for it. Your head and your body are two different things in those situations. You just have to be realistic about it. That’s just life." 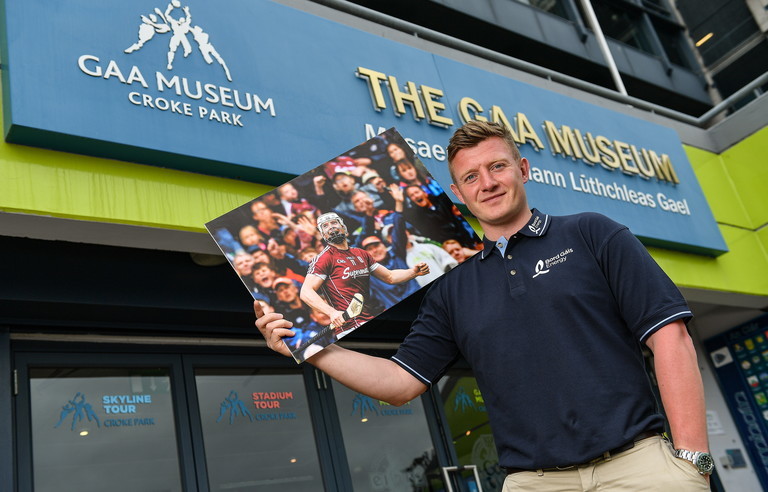 4 May 2022; Joe Canning pictured at the launch of the Bord Gáis Energy GAA Legends Tour series at Croke Park. Photo by Brendan Moran/Sportsfile

During the first round of last year's Galway championship, Canning tore his groin tendon off the pubic bone. It was the same injury which he suffered in 2019, though this time on his right side rather than the left. He's only just recovered from it.

"The last few months I've been haven't been doing much but I’m back in the last few weeks with the club again," he said.

"I've played one league match, actually there two weeks ago. I had to play because I was playing against the nephew on the opposite side. I needed to get back for that one. It was fine. I was blowing smoke for a while at the start. We're kind of getting back full of swinging training in the next week or so."

It was last summer, following Galway's exit from the championship, that Canning announced his retirement from inter-county hurling. The 33-year-old hasn't taken time to reflect on a 13-year career which saw him become the championship's all-time top scorer and help Galway win their first All-Ireland in 29 years. Working with the Galway minors, and training the Portumna U15 and U16 teams, has kept him busy.

"I'm probably busier now than I ever was with training and stuff like that," said Canning.

"When you're with Galway seniors, you can give the excuse that 'I'm with Galway now. I don't have time for anything else, so stop asking me' whereas now, people think you have 10 or 12 days in the week instead of seven."

Canning said that working with the Galway minors wasn't part of the plan when he retired, but once he got the offer, and following a few days of "humming and hawing" he thought "Sure, why not?"

"It was trying just to develop the next generation, and try to help them in some way," he said.

"They're good young lads like, you know. It's an enjoyable group to work with. It's two or three days a week. It's keeping me busy.

"I'd say if I didn't have the minors, maybe it might be a little bit different. It wasn't a thing that I said, 'Jesus, this would be a good thing to get involved with and I might not miss the seniors'. That wasn't the intention, but maybe it's kind of worked out that way."

Canning's main aims with the Galway minors are to help them become "better hurlers, really, and better people".

"It’s important that they carry themselves as well off the pitch as well as on the pitch," he said.

"That’s all we’re trying to do. I’m not too worried about winning stuff, to be honest about it. I’m more worried about trying to make them better players. Winning will hopefully come along the way but it’s all about developing the player."

Following two years of virtual tours, fans will once again join their heroes for in-person tours of Croke Park as they give fascinating insights into their careers. The tours, which start on Saturday 28 May, will feature both Joe and Cora as well as a host of legends from across the GAA world. Bord Gáis Energy customers will get the exclusive opportunity to attend all tours throughout the summer. The full schedule and details of how to book your place on a tour can be viewed at crokepark.ie/legends 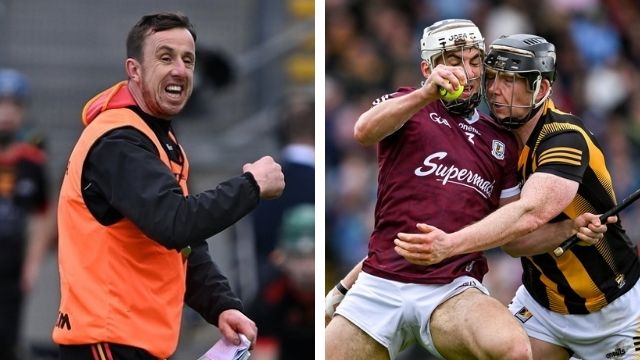 GAA
1 week ago
By PJ Browne
Mayo's Padraig O'Hora Using Football To Promote His Real Passion
GAA
1 week ago
By PJ Browne
'I Get Stick From The Kildare Lads For Going Over To Laois!'
GAA
1 month ago
By Balls Team
We Investigate The Incredible Trend Of Kerry Jerseys At The Masters
Popular on Balls
Football
20 hours ago
By Luke Delaney
Obafemi In As Stephen Kenny Names 27-Man Nations League Squad
GAA
2 days ago
By PJ Browne
How A Kerry Guard Ended Up Playing For The Tipperary Footballers
Football
18 hours ago
By PJ Browne
Five Things Learned From Stephen Kenny's Nations League Press Conference
Motorsport
1 day ago
By Eoin Harrington
F1: New Team Radio Clips Show Sergio Perez Frustration With Team Orders In Barcelona