When Joe Canning was young, he would spend ages watching Tony Keady made his hurley. Now, he makes his own.

In a new biography of Tony Keady called 'One Hundred and Ten Percent Legend', written by Liam Hayes, Tony's wife Margaret remembers a young Canning being remarkably "fussy" about his hurl.

Tony's workshop, which he ran with his brother-in-law Sean Nevin, was a short dash from Gortunumera National School where Canning was a pupil.

"I remember going up to the workshop and getting hurls off them," Canning said at the launch of Bord Gáis Energy’s summer of hurling.

"Mam would be out in the car waiting for me for ages. I’d be in pucking and messing around with Tony.

"He always had that little bit of mischief about him and a twinkle in his eye that he was up to something.

"I have great memories of national school final in 98. I went to a two-teacher school so it was seven-a-side, small goals. I remember Tony doing umpire at it because his nephew and niece were at the same school as me.

“It was a bit mad growing up with the legend there, even though he lived in a different part of Galway. I live in Oranmore now in Galway and that’s where Tony lived for years so I would have always met him in the shop. He’d be roaring out the window ‘best of luck’ or whatever.

“Great memories to have.

"My niece Tegan would be good friends with his daughter Shannon and played on the U16 team with Galway last year. There would be a strong connection there between the families.” 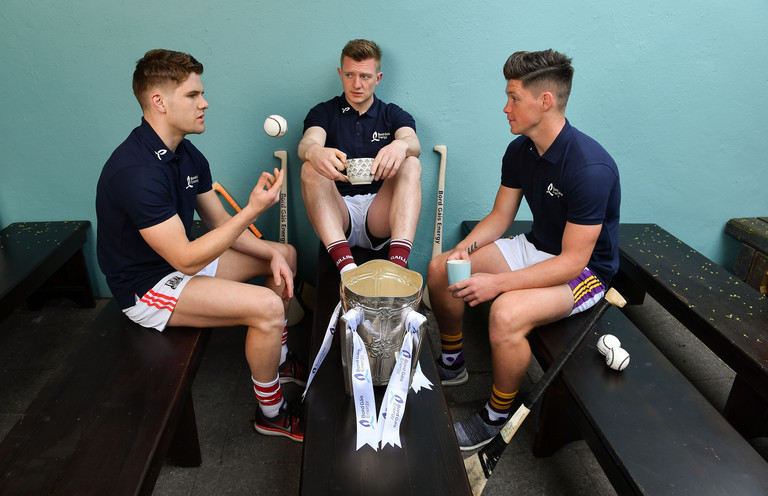 Tony Keady passed away last August, just three weeks before Galway ended a 29-year-wait to bring Liam MacCarthy back to the county. Back in 1988 - just as Canning was last season - Keady was named Hurler of the Year.

It's not the only mantle which Canning took over from Keady - Canning's family has become one of the best hurley makers in the land.

"Yeah, yeah - I wouldn’t trust the boys with them!" replies Canning when asked if he makes his own hurleys.

I’d be out there once or twice a week, alright, yeah, just helping out and I’d make my own.

I'd be fairly, as Tony used to know, I’d be fairly finicky about the way I’d want them.

Over the years, he's made changes to how he likes his hurley - it could change from one week to the next - but one thing has remained the same, he likes the weight to be around 600 grams.

"Sometimes the shape might change. Definitely, over the years it’s evolved. I started off with the small bas and now it’s a little bit bigger.

"There’s supposed to be (maximum sizes) but I don’t think anybody has their measuring tape out.

"I don’t think any lad is going to out with a massive bas on the hurley because it would be ridiculous. I wouldn’t be able to hurl with a goalie hurl. I just wouldn’t be used to it."

In attendance at the launch of Bord Gáis Energy’s summer of hurling are ambassadors, from left, Alan Cadogan of Cork, Joe Canning of Galway and Conor McDonald of Wexford. Throughout the Senior Hurling Championship, Bord Gáis Energy will be offering fans unmissable GAA rewards through the Bord Gáis Energy Rewards Club. Photo by Brendan Moran/Sportsfile

GAA
2 weeks ago
By PJ Browne
'It Still Will Be Weird. I Won't Be Going Looking For His Autograph'
GAA
1 month ago
By Gary Connaughton
Anthony Cunningham Names Main Hurdle Henry Shefflin Will Face As Galway Manager
GAA
1 month ago
By Gary Connaughton
Mullane Doesn't Think Shefflin Appointment Will Tempt Canning Out Of Galway Retirement
Previous Next