‘’In football, the result is an impostor. You can do things really, really well but not win. There's something greater than the result, more lasting - a legacy.’

33 this year, the wunderkind of hurling is no longer a fresh faced apprentice but a veteran of 14 years of soldiering at the coal face of Galway hurling. On Saturday, he climbed out of the mine for the last time.

His quest for that elusive Celtic Cross ended on the 3rd of September 2017 but how significant is that piece of metal gathering dust in comparison to the legacy that he has created for those who have followed his glittering career?

Willie Burke and Alan Kerins amble gingerly across the pitch as a modest group of 11 and 12-year-olds await. It is high summer and the two have arrived here as coaches for the Kellogg’s Summer Camps for young hurling and camogie players. As the children surround the players, Burke decides to toss a question our into the morning air. ‘So lads, who’s your favourite hurler?’

Then the chant starts:

Two days earlier, both players had bounded onto Tom Semple’s hallowed ground in Thurles for their first taste of the white hot heat of championship hurling. Cyril Farrell was back as manager after a 7 year hiatus and belief flowed throughout the county that this team had the tools necessary to deal with a non-vintage Kilkenny team. For 35 minutes, that belief was justified.

Enter DJ! As he went about dismantling Galway’s lead and ending their summer prematurely once again, the roar engulfed Thurles: 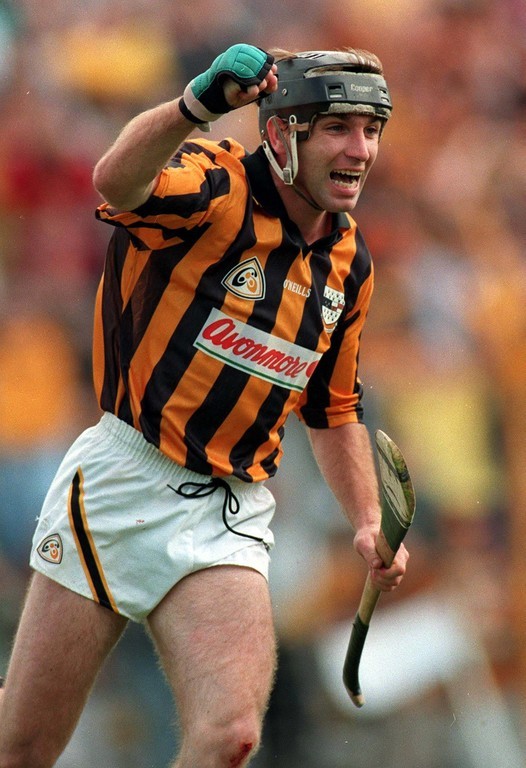 Burke had a clear vantage point of the destruction DJ was raining down on Galway from his full back position Now here were Burke and Kerins two days later and that roar was still ringing in their ears. DJ was box office, a star and these kids knew it.

A vintage Kilkenny overpower Cork. Their sheer work rate, skill and determination is breath-taking. They will set a standard over the next 10 years that will leave the rest of the hurling world gasping for air.

These are the children of DJ; the ones who saw a star - a leader - and strived to match and surpass the standards he had set. In time, they would and then go about setting standards never before attained in the hurling world. 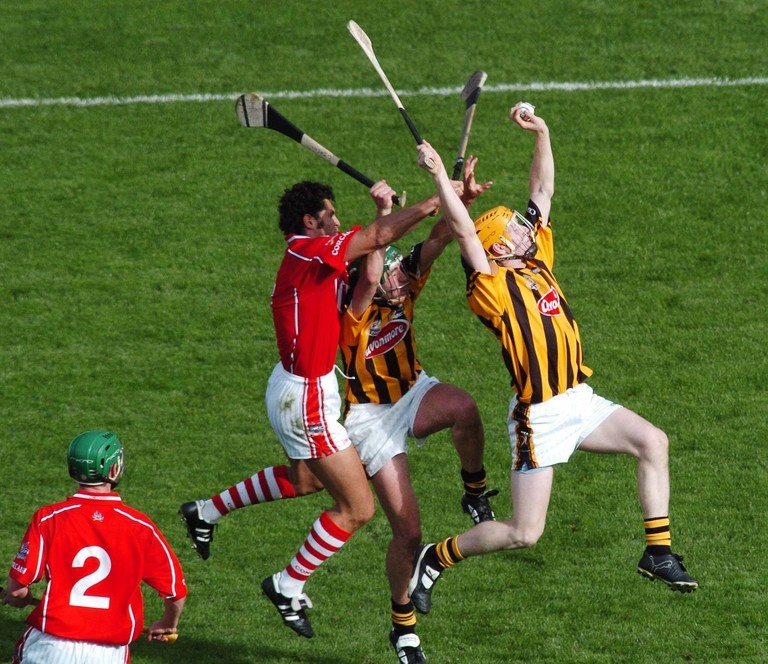 A little earlier, Joe Canning’s quest for a 3rd All Ireland minor medal in a row had ended in timid fashion as his Galway team had fallen to a group of Tipperary hurlers who were destined for greater things themselves.

14 of the 15 starting Galway players play for senior clubs. All 15 are drawn from clubs in the south and east of the county where tradition dictates hurling is played and loved and obsessed about by many. The clubs are strong in the absence of serious competition from other sports. Galway is a large county but the Galway hurling world is small and dwarfed by the vast swathes of football country to the west and north.

The coming of Joe. 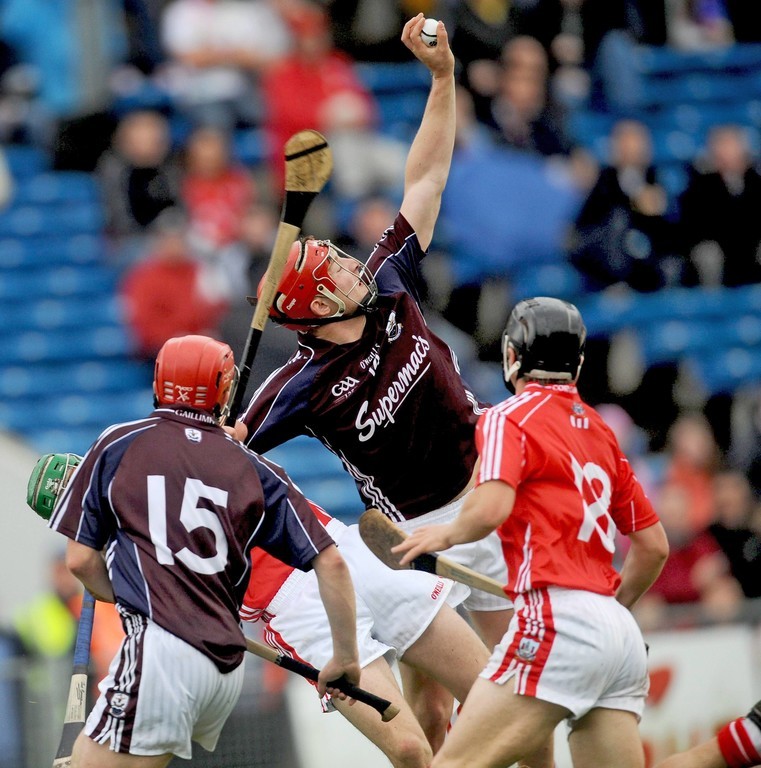 On a day when all around him floundered, Joe Canning shot 2-12 (1-05 from play) against a seasoned Cork outfit hastening giants like Diarmaid O’Sullivan and John Gardiner towards the gates of retirement.

The result hasn’t changed from that July evening of 97 when ‘DJ, DJ, DJ’ reverberated around Semple Stadium. Galway have still been beaten. Their summer is still over before the championship has reached its business end. But this time the star is in maroon. This time the children are marveling at the sorcery performed by the magician in maroon.

Nothing’s different but everything has changed

But when we delve down into the minutiae if the day, there are significant nuggets which point towards a bright new dawn.

The Galway minors were crowned All-Ireland Champions. Nothing new here, nothing we haven’t seen before (6 times in the last 14 years). That's until we look a little deeper.

A look at the clubs listed after the players’ names is revealing. Ballinasloe, Annaghdown, Salthill-Knocknacarra, Ballygar, Mountbellew Moylough, Sylane. All junior clubs. All from deep within football country. Yet here they are picking up All-Ireland hurling medals in Croke Park.

Now think about the minor group from 2006 that took to the field with Joe. 14 players from senior clubs. Where did this change come from? What sparked it? What tore down the invisible borders that divide Galway’s hurling and football heartlands?

These are the children of Joe Canning. This is his legacy. 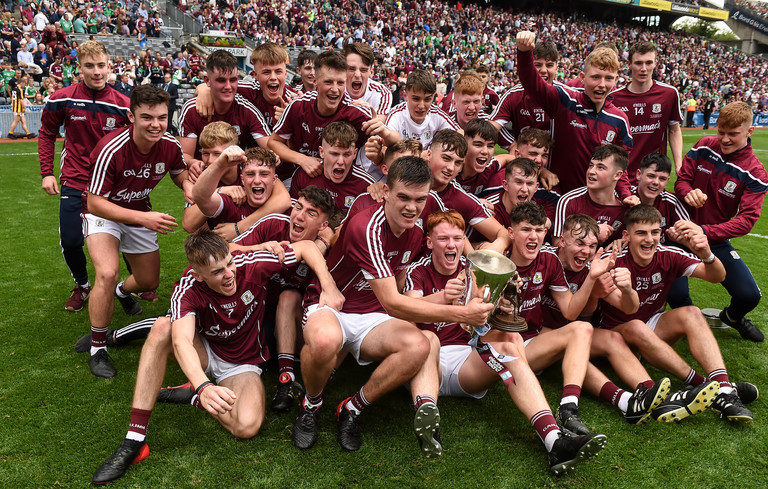 Like my family don't look at my medals at home. I don't even know where the medals are.

A group of 6 to 9 year old hurlers from St. Thomas’ are eagerly bounding off their bus. All year they have traversed the county playing blitzes. Some growing to love the game, some tolerating it, some just wanting to be with their friends. Today is different. Today, they are going to meet Joe. It is their end of year treat and excitement levels are at fever pitch.

Joe’s time in maroon has ended as it has for all those who have gone before him and as it will for all those who follow. Naturally, the media today will compile lists of the honours won and the medals collected. The sublime skills and impossible scores will be highlighted and discussed while his place amongst the all-time greats will be debated.

The medals won are richly deserved but their significance is dwarfed by the effect Joe’s journey has had on the youth of Galway. For more than a decade, the youth of Galway have been mesmerised by Joe. In areas where no child could name any other Galway player, they have known Joe and he has put a hurl in their hand. There has only been one show in town for these children.

While the GAA have discussed ad nausea their efforts to spread hurling into the football heartlands of Ireland, it is actually happening in Galway and the effects will be felt for many years. The Galway hurling world is no longer a small section in the south and east of the county. It has reached into the north and into the west.

These are the children of Joe. This is the future. This is his legacy. 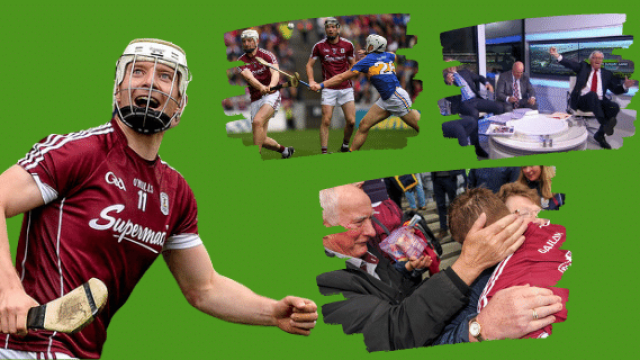 Football
1 week ago
By Balls Team
11 Of The Most Memorable On-Pitch Conversations In Sporting History
GAA
3 weeks ago
By PJ Browne
From Low Ebb To Senior Final: Meath Are On A Special Journey
Football
1 month ago
By Maurice Brosnan
Mockery, Fake Accounts And Rage: The Inside Story Of How Player Ratings Are Received
Previous Next