'Tragically It Probably Ended My Hurling Career At Inter-County Level'

Thinking back now, Joe Quaid says he should have called time on his hurling career after suffering a horrific injury while playing for Limerick in a National League match nearly 25 years ago.

During a game against Laois, the two-time All-Star goalkeeper sustained a testicle injury while saving a penalty.

"The defining memory I have of [Kilmallock] is tragically it probably ended my hurling career at inter-county level," Quaid says in his episode of TG4 series Laochra Gael, which airs February 3rd at 9:30pm.

"It was the day that my subconscious gave up on me, and just kept bringing back bad memories of what happened here on the 27th of April, '97.

"Just before half-time, Laois got a penalty. David Cuddy took the penalty, lifted it, hit it, it hit the ground; I went down on my knees, I was after getting a belt into the testicle. It was only after the match that I found out it had exploded on impact.

"The doctor came in. He was holding my head. I couldn't talk. I asked to be taken off, and they didn't take me off. I went into the dressing room after, and I was still in fair pain. I went for a shower. Doctor Dave Boylan, I called him over. I said, 'Dave, is this OK?' He just looked and went, 'Jesus. Go Straight to the hospital'.

Joe Quaid: 'I ended up with four fantastic kids'

"The doctor came in, and I'll never forget it, he went 'Ouch!' He walked out, and bought in another doctor. The other doctor says to me, 'Is it sore?' The first doctor says, 'What do you think?' He said 'We're going to have to operate? When did you eat last?' I said, 'About an hour ago, I had a McDonald's'. He said, 'We can't operate for a couple of hours'.

"Friends of mine called in to visit me that night. To tell you the type of friends I have, they brought grapes, plums, maltesers. To sort them out, I pulled the blankets back. I was black and blue. One of them actually slid down the wall with weakness." 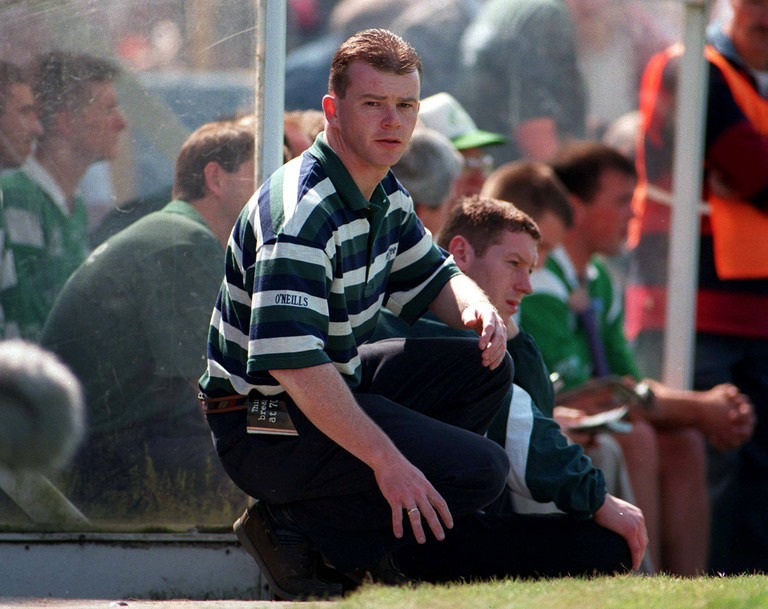 25 May 1997; Joe Quaid of Limerick during the Munster Senior Hurling Championship Quarter-Final against Waterford at Semple Stadium in Thurles, Co. Tipperary. Photo by Brendan Moran/Sportsfile

Quaid retired from the inter-county game in 2000, aged just 28, though he did return in 2002 to play another season.

"My edge was gone," Quaid said about the injury.

"That just affected me. I kept playing club, and I kept playing for another couple of years with Limerick but looking back, I probably should have called it a day.

"I ended up with four fantastic kids. It wasn't all as bad as it could have been. As far as my hurling career, I'd put that down as ending my reign at the top, let's say."

See Also: 'It Was A Division 3 Game. The Tipperary Fullback Was Wearing Glasses' 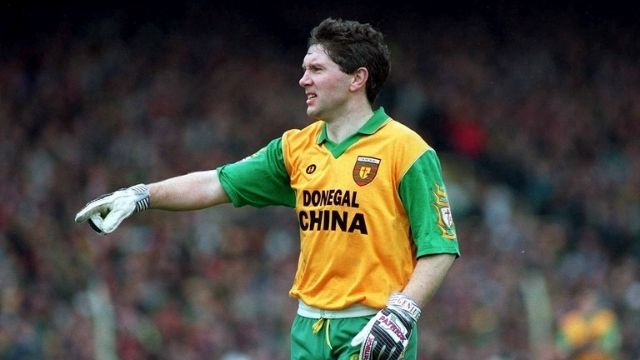 GAA
5 hours ago
By Gary Connaughton
Jackie Tyrrell Calls Out The 'Double Standard' Holding Back Kerry Hurlers
GAA
7 hours ago
By PJ Browne
'I'm In The Heart of Limerick City. You Can See Them Coming A Mile Away'
GAA
10 hours ago
By Darragh Small
'It’s Great That Meath And Dublin Rivalry Is Back'
Previous Next

GAA
5 hours ago
By Gary Connaughton
Jackie Tyrrell Calls Out The 'Double Standard' Holding Back Kerry Hurlers
GAA
7 hours ago
By PJ Browne
'I'm In The Heart of Limerick City. You Can See Them Coming A Mile Away'
GAA
10 hours ago
By Darragh Small
'It’s Great That Meath And Dublin Rivalry Is Back'
Popular on Balls
Motorsport
2 days ago
By Eoin Harrington
F1: New Team Radio Clips Show Sergio Perez Frustration With Team Orders In Barcelona
Football
1 day ago
By PJ Browne
Five Things Learned From Stephen Kenny's Nations League Press Conference
Football
9 hours ago
By Gary Connaughton
Gary Neville Was Not Happy With Jamie Carragher's Comments About Marcus Rashford
35