On St Patrick's, Joey Holden will be one of many inter-county talents who step onto the pitch for the AIB All-Ireland Club Hurling Championship final between his Ballyhale Shamrocks and St Thomas.

There was a time when Holden was deemed not good enough for inter-county level.

"I would have been called in for a [minor] trial but I would have dropped fairly quick," says Holden.

"Listen, I wasn’t at that level, there’s no point in lying and saying I was."

"I would have been on trial but again, I didn’t make it," tells the two-time All-Ireland winning defender.

The 28-year-old, who captained Kilkenny to their 2015 All-Ireland title, made the required leap in ability through experience gained in training at club level.

I’d probably put it down to marking Henry [Shefflin] and TJ [Reid] in club training and learning so much off marking those lads. Things started clicking with you then, things start going right and you get confidence.

I remember one game, I just could do no wrong. I went up to catch the ball and then I came down and the ball was in my hand - it was just one of them things.

You probably train so hard that these things just become automatic. I suppose it’s when you’re not thinking sometimes, that’s when you’re at your best. You just go out and hurl.

In late 2013, Holden got the call from Brian Cody asking if he'd be part of the Kilkenny training panel for the following year. 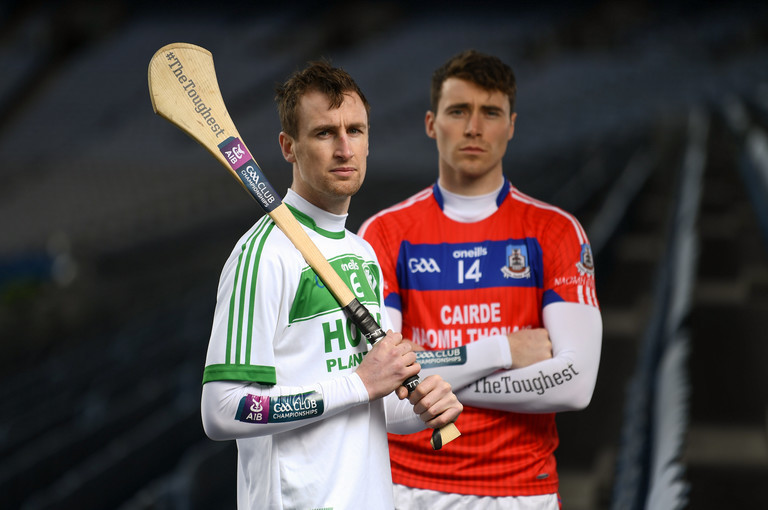 "I was surprised," says Holden.

"You don’t really know if you’re good enough until you’re in there and training. I was in training and I still didn’t think I was up to it, but then lads were getting dropped and you’re still there.

"You’re just walking into the dressing room, loads of Kilkenny heroes around you. You’re marking these lads like Taggy Fogarty, you learn so much from them; [lads] who could roast you at training, but whenever you get a roasting, you learn more than you would have had going in and whenever they get the ball you’ve to learn to try and stop them. There will be good days and bad days but you just have to learn things on the way and try to improve.

"Next thing you’re wearing number five, then you’re like, 'Right, well I will try hold onto this until the next day.' Then the next day you could be getting 17 but you’ve learned so much up to there, don’t just throw it away. Keep doing what you’re doing and you might get another chance then."

Ultimately, in Holden's mind, hurling is still just the game he started playing as a kid.

"I wasn’t very good at minor, some people say I’m not that great now! But listen, that’s the way it goes, you just go out and try your best. Some days, things haven’t gone right for me, other days, they have.

Above: Ballyhale Shamrock’s Joey Holden, left, and St Thomas’ Conor Cooney ahead of the AIB GAA All-Ireland Senior Hurling Club Championship Final taking place at Croke Park on Sunday, March 17th. Having extended their sponsorship of both Club and County for another five years in 2018, AIB is pleased to continue its sponsorship of the GAA Club Championships for a 29th consecutive year. For exclusive content and behind the scenes action throughout the AIB GAA & Camogie Club Championships follow AIB GAA on Facebook, Twitter, Instagram and Snapchat. Photo by Stephen McCarthy/Sportsfile

Conor Cooney: 'There Were Questions About The Sod, About The Best Boots To Wear, Things Like That'