'It Was A Stressful Time, Sure The Boys On The County Panel Wouldn't Have A Clue'

"Just about," replied John Heslin when asked if he got through the fodder crisis.

Along with being a PhD student and up until recently a Teagasc researcher, the Westmeath footballer also works on the family farm.

The winter was a stressful time for farmers across the country as poor weather stretched reserves of silage to the limit - and beyond it for some.

"It was tight. We were lucky enough to get a bale or two that came in from England. Then grass game and thankfully the cattle are out," Heslin told Balls at the launch of the Leinster Football Championship.

"It was a stressful time. Sure, the boys in the county [panel] wouldn't have a clue, you know? There's a couple of farmers there.

"Oh yeah, Jesus, it was tight. There's still people around the country that are tight. You're dealing with all that sort of stuff, trying to come in, clear your head and get ready for training where you could go going doing a heap of running or something.

"It can be challenging but everyone has their own thing. While the fodder crisis is as serious as things get [in farming], at least it was outside the door. Once it stays out there, you'll cope."

Heslin recently handed in his notice with Teagasc. He's starting a job with MSD, a pharmaceutical company based in Leopardstown, where he will manage their range of ruminant products.

Could the government have done more to help farmers over the winter? "Look, they couldn't tell the future," said Heslin.

If you keep working off your average, you'd be hoping that you'd be building up your supply on the good year; you have extra, extra, extra and that's in the pit there in reserve for when the crucial time comes.

Balancing work, a PhD and being an inter-county footballer can be a tricky act. The free evenings are for his education.

"You'd be asking yourself a lot of questions at times.

"At the end of the day, GAA is only a pastime. I'm in it for the love of the game. I don't get any huge benefit out of it." 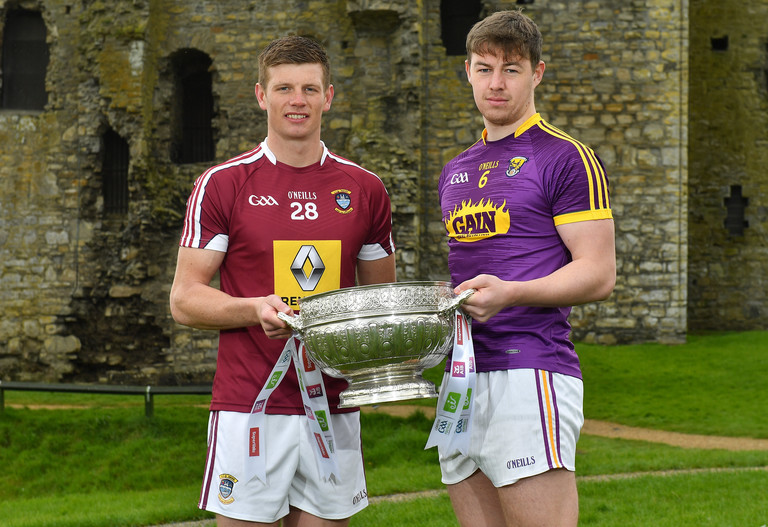 The GAA's decision to make April a club only month - and take inter-county players away from their championship preparations - did not add to Heslin's enjoyment of the game. Ultimately, he believes its effect will be to pile more pressure back on the players.

"When you're in a project, you don't want to take from that project to go spend a couple of weeks with another project to come back and continue the project you had started and got going well. Look, there's arguments for and against, but a lot of thought has to go into it.

"I think it was a knee-jerk reaction to be honest, 'Oh, just give April to the clubs'."

The 25-year-old feels Westmeath - who play Laois this weekend in the quarter-finals of the Leinster Championship - had a positive league campaign. It was good to remain in Division Three rather than be the yo-yo act of recent times.

Heslin isn't sure what impact - if any - the addition of the Super Eight stage will have on Westmeath. Still, getting there is the aim.

"I'd say it doesn't mean anything to Westmeath in the sense we haven't been in a quarter-final in a long number of years. It could potentially have no impact on my playing career, but as a fan, you'd be looking forward to the Super Eights.

"As a player that is your motivation to get there because you are part of the elite then. Unfortunately, elitism has been brought in, but I don't think it will have an effect on a lot of the counties.

"There's probably 12 counties with an excellent chance of getting those eight positions but I'd say for Division Three teams like ourselves there is probably only one position in the Super 8s to get, if even. You are relying on a lot of things, first of all your own result and you are relying on the luck of the draw.

"We would love to get there, it is our target, it has been our target for the last number of years when we go into the qualifiers, it is to get back to Croke Park, to get to Croke Park. We haven't done so, but hopefully maybe this year we could get to a Quarter-Final. It would be a huge goal."

GAA
15 hours ago
By Declan Rooney
'It Was In Primary School That We Learned English. We Had None Until We Were About Five.'
5

GAA
15 hours ago
By Declan Rooney
'It Was In Primary School That We Learned English. We Had None Until We Were About Five.'
GAA
3 days ago
By PJ Browne
Keith Higgins Happy To Look At The Bigger Picture For Mayo
GAA
3 days ago
By Balls Team
Kieran Donaghy Calls For GAA To Shut Down Internet Fan Forums
Popular on Balls
Football
7 hours ago
By Gary Connaughton
Watch: Enda Stevens Scores An Absolute Thunderbastard Against Brighton
1