After the best part of two decades of steady decline in both codes, it looks as though the tide may finally be turning in Offaly.

Their hurlers have impressed in the league this year, earning a spot in Division 1 for 2022. They will also see a triumph in the Christy Ring Cup as a must this summer.

As for the footballers, they are also working their way up the ladder. They have already achieve promotion to Division 2 for next year, the first time Offaly have been in the top 16 counties for quite some time.

They have the chance to cap off that league performance with a victory over Derry in the final this evening.

Speaking to TG4 ahead of that game, manager John Maughan summed up just how much progress has been made in the county in recent years.

How have Maughan's Men been preparing for their Division 3 #AllianzLeagues Final against Derry?

I came here three years ago and for a combination of reasons there was only eight who turned up the first night at training.

It was pretty desperate. I think I made seven or eight phone calls and I got a lot of refusals; guys didn’t want to pull on the jersey.

So, when you look at success for Offaly, the success of course is getting to Division 2 is visual, everyone can see that but the success for me is that we have young fellows here who just came in as part of the development squad, who are training here with the senior boys.

It was a shame the way things fell awry. But they deserve to be back up to the stage where they are now.

Offaly boys are not looking at the darks days of Offaly football, they are thinking about the here and now and they see things happening well...

You won’t see any big endorsements, you won't see any complimentary cars, they are playing for the love of the game.

They are genuine and decent guys, love their football and doing it for all the right reasons.

They are now bearing the fruits of their labour on the pitch.

SEE ALSO: The Definitive Ranking Of Every County's 2021 Away Jersey 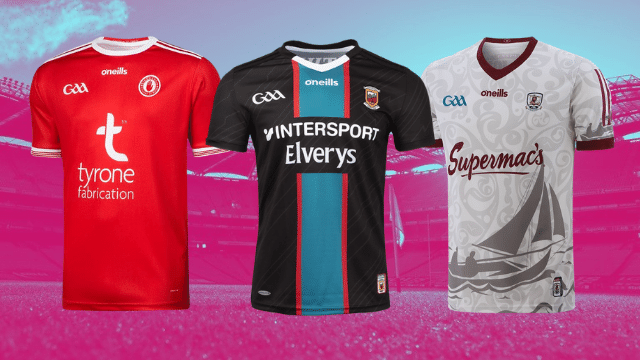