'It's A Tough One To Take, Hard To Get Your Head Around At The Minute'

A thrilling Tipperary Senior Hurling Championship final between Loughmore-Castleiney and Thurles Sarsfields finished in a draw, 0-23 to 2-17, on Sunday.

Loughmore-Castleiney - losing finalists last year - came back from eight points down in the first half to take a two-point lead with eight minutes of normal time to play.

In a see-saw finish, Thurles regained the lead but Loughmore drew level in the 62nd minute though Liam McGrath. With the clock a minute over the allotted injury time, Loughmore thought they should have been awarded a sideline ball, and the chance to win the game. However, referee Conor Doyle blew the final whistle, and Loughmore players remonstrated with the official.

"We were on the attack and it went out," Loughmore's John McGrath explained to TG4 after the game.

"You try and call everything that you can for your own team. We thought we might have had a chance at a line ball, but it wasn't to be. That's just the way it is."

McGrath hit 0-12 in the game with four of his points coming from play.

"It was one of them games, back and forth a lot," he said.

"In the first quarter, we were on the back foot, they got two goals and built up a bit of a lead. We worked our way back into the game, point by point.

"It's a tough one to take, hard to get your head around at the minute. The initial reaction is probably disappointment. We thought we might have snuck it there near the end but it wasn't to be today."

Just as they did last year, Loughmore-Castleiney have also reached the Tipperary Senior Football final. They will play Clonmel Commercials in the decider next weekend.

"We probably thought the county final would be over one way or another today," said McGrath.

"It's still two very exciting weeks to look forward to. We're going to have to dust ourselves off, pick ourselves up, and get ourselves ready for Clonmel next week, and Thurles in two weeks."

“The initial reaction is probably disappointment”

See Also: After Years Of Heartbreak, Mountbellew/Moylough Finally Get Over The Line 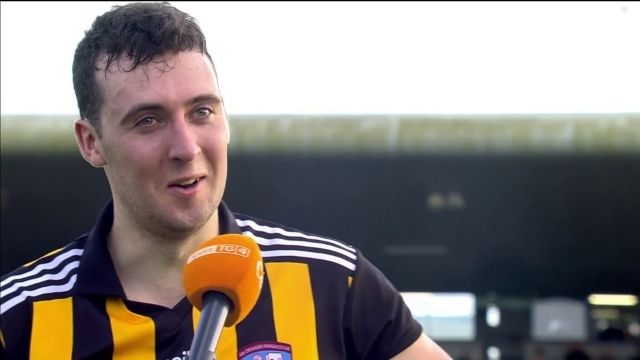