How do you stop an unstoppable force? That is the quandary facing Cork ahead of this weekend's All-Ireland final, with Kieran Kingston's side hoping to halt Limerick in their quest for a third Liam MacCarthy in four years.

There is no doubt that it is a massive task. Limerick have shown throughout this year that they are capable of steamrolling over any challenge that is put before them, even if things do not always go their way early on such occasions.

There are few (if any) weaknesses in this team, something that makes planning how to overcome them such a big task.

Could one come at centre back? Declan Hannon is no doubt a fantastic hurler, but there have been suggestions in recent years that he can be exploited by a certain type of forward.

Speaking on GAA Embedded earlier this week, Maurice Brosnan made this very argument by suggesting Cork put a pacy player on Hannon in order to create more space in the middle of the pitch for the team to exploit.

Declan Hannon is going to drop off, we all know that. The reason that works is because he is such a good distributor of the ball.

But what if you expose him with someone like Jack O'Connor? You can't react to pace like that. Or [Alan] Cadogan or [Shane] Kingston, what if they went out at 11 and suddenly William O'Donoghue is trying to cover back and Hannon is trying to react?

If a guy is fast and you're trying to react, you're in trouble. You're chasing down shadows essentially.

I would be hopeful that we would see something like this happen, that we will see something creative. I just really hope that Cork go out and ask a real question. 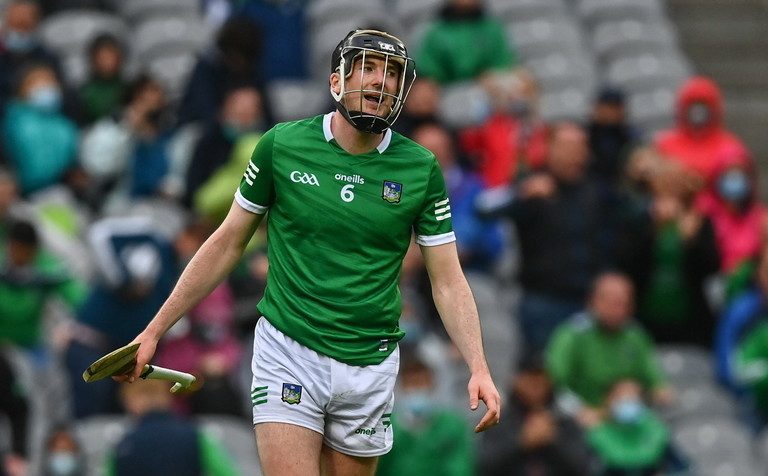 It is an interesting argument.

Hannon does as much as anybody to make that Limerick side tick when in possession, but that is something that could be impeded by increasing his defensive duties.

However, it's not as if teams haven't tried to do exactly this in the past. While this narrative has been around for quite some time, few teams have actually gotten any joy out of following it.

Speaking on our GAA Embedded All-Ireland preview show, Waterford legend John Mullane certainly believed that any suggestion Hannon could be got at had little evidence to back them up.

He also suggested that Cork putting one of their more dangerous scoring forwards on Hannon, such as Jack O'Connor or Shane Kingston, could be somewhat self-defeating .

We're talking about this for the last three or four years, that there is scores to be got off Declan Hannon.

There is no fella I can think of that has gone in on Declan Hannon, got that space and picked off four or five points. It's just not happening.

To put Jack O'Connor at number 11, he would get swallowed up in there. Limerick are so good at putting a wall up in front of Declan Hannon, it's just ridiculous.

Even last year, Waterford tried it at stages in the All-Ireland final where they brought Dessie Hutchinson out at centre forward. He couldn't get his hand on the ball either.

It's easier said than done. I think even [Seamus] Hanredy is the best bet to go in at Declan Hannon at number 11. I think Hanredy got a bit of joy off him in the first half of that Munster semi-final.

Putting a fast, speedy fella in at number 11, I don't think it's the answer because he will just get swallowed up.

There is certainly an interesting argument to be made on both sides, but this is the issue when playing Limerick. In so many areas of the pitch, you are essentially damned if you do and damned if you don't.

Kieran Kingston certainly has some big decisions to make ahead of Sunday's final.

SEE ALSO: 'Cork Are Afraid Of No-One. If They're In A Final, They'll Always Have A Chance.' 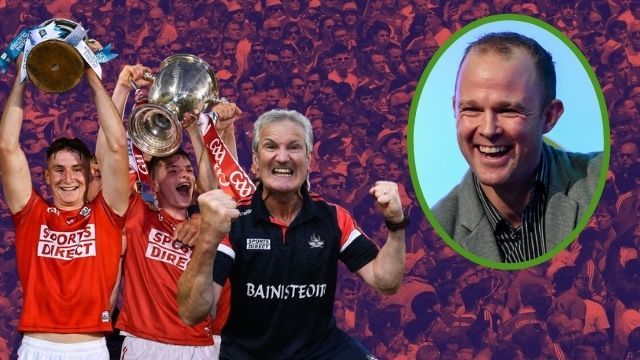 Football
1 year ago
By Donny Mahoney
Balls.ie's Top 10 Irish Sporting Moments Of 2020
GAA
2 years ago
By Maurice Brosnan
Farrell Outlines Concern As Limerick Captain Hannon Substituted At Half-Time
GAA
2 years ago
By PJ Browne
'There's So Many In The Backroom Team That It's Frightening Trying To Name Them'
Popular on Balls
Snooker
2 days ago
By Gary Connaughton
Ronnie O'Sullivan Couldn't Get Over Stunning Mark Williams Escape Shot
32