While the water breaks introduced into GAA last year were seen as necessary after the sport returned from its covid forced hiatus, very few in the game are in favour of them still being around.

Whereas they were introduced as a means to allow players to safely get fluids on board, they have evolved into something else entirely over the last 12 months. They are now essentially tactical breaks to allow teams to change what is happening on the pitch.

There was no better example of that than in the All-Ireland semi-final between Limerick and Waterford.

The Limerick coaching team had a tactical board out during the water break in the first half, something that is not supposed to be allowed. Having previously been a close game, they would then immediately go out and rack up five or six unanswered points to take control of the match.

Water breaks kill any momentum that a team has, especially if they were underdogs in the contest. It allows the more talented side to make mid-game adjustments and turn the tide in terms of what is happening on the pitch.

Some fear that water breaks could have a big impact on this weekend's All-Ireland final.

Speaking on the GAA Embedded All-Ireland final preview show, John Mullane said that Limerick have adapted to the new four quarter format of inter-county matches better than any other team. This is something he believes Cork need to match on Sunday.

The sooner they get rid of these four quarters, the better. The biggest beneficiaries of these water breaks have been Limerick.

From a Cork point of view, everything has to run right for them. They've got to be in it at the first water break, attack that second water break.

We saw it the last day in that second quarter (against Waterford), Limerick were formidable and it was essentially the winning of the match.

I think it's crucial for Cork to get in at halftime and have only a score or two in it, then attack that third quarter. If they're going into that last quarter with the rebel roar behind them, you don't know what way Limerick are going to react to it.

Here's hoping that a feature of the game that very few are in support of doesn't have a telling impact on deciding the destination of Liam MacCarthy this weekend.

SEE ALSO: Eoin Cadogan Is On The Verge Of A Staggering GAA Achievement 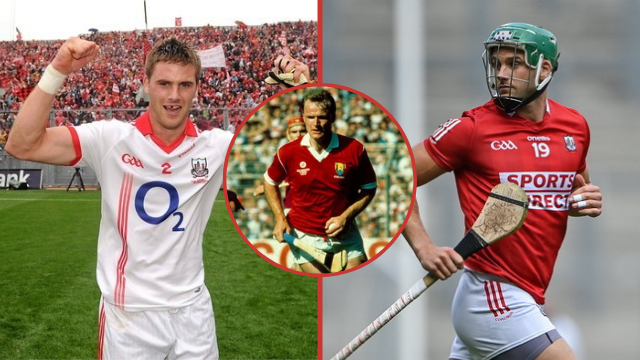